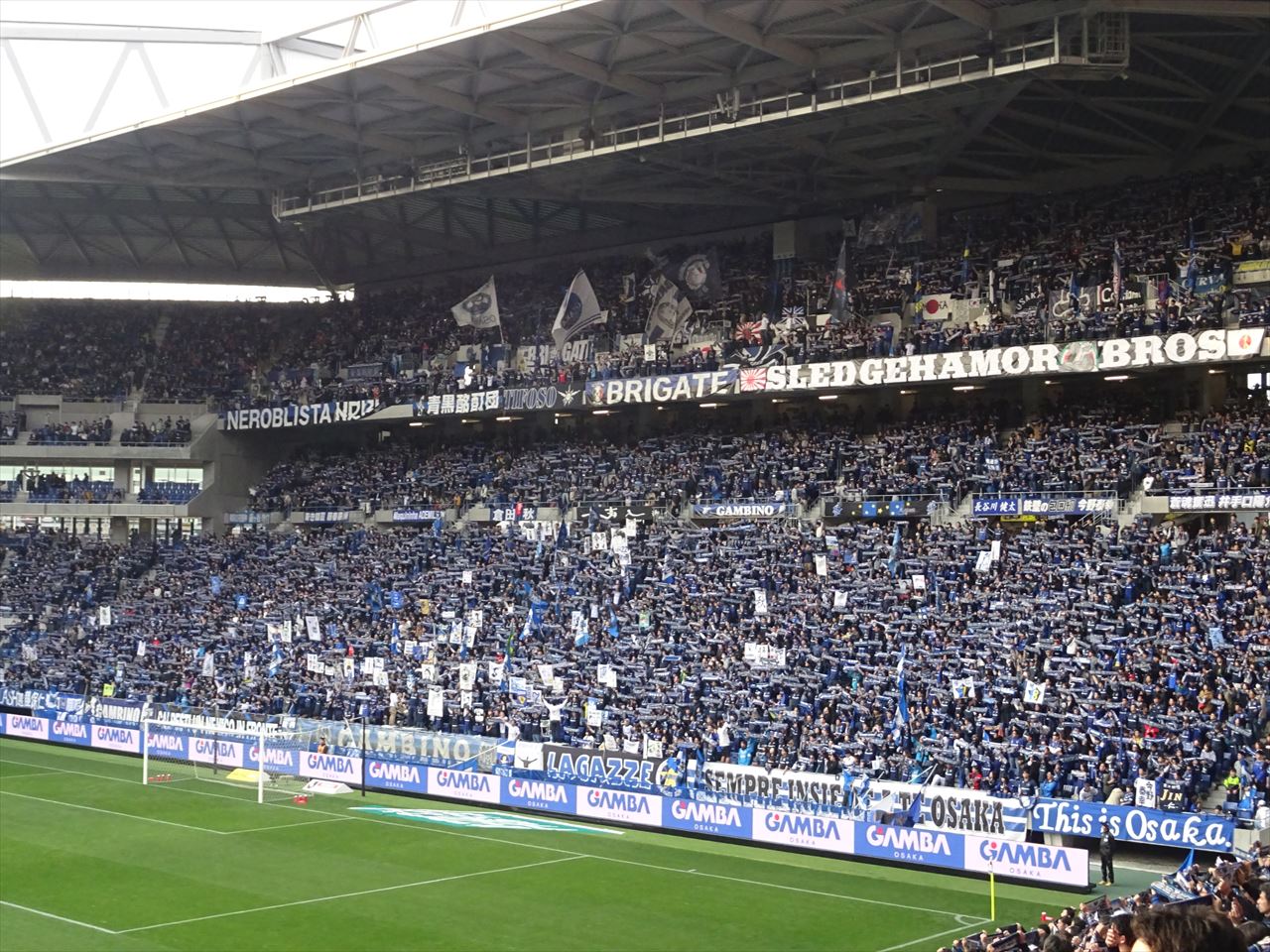 Gamba Osaka competes in the J-League, J1 division. It is one of the 10 teams, the original 10, that have participated in the J-League since its inaugural year in 1993.

It was in 2005 that Gamba Osaka reached the top of the J-League for the first time. That year, Gamba lost before the final day of the season, dropping to second place and ending their chances of winning the championship on their own. However, when they won the final game, they won the championship for the first time because Cerezo, who was in first place, drew a game with another team.

The year 2014 was an unforgettable season for Gamba. Gamba won the domestic triple crown, including their second J-League title. They became only the second team in 14 years to win the triple crown, the first being Kashima Antlers in 2000!