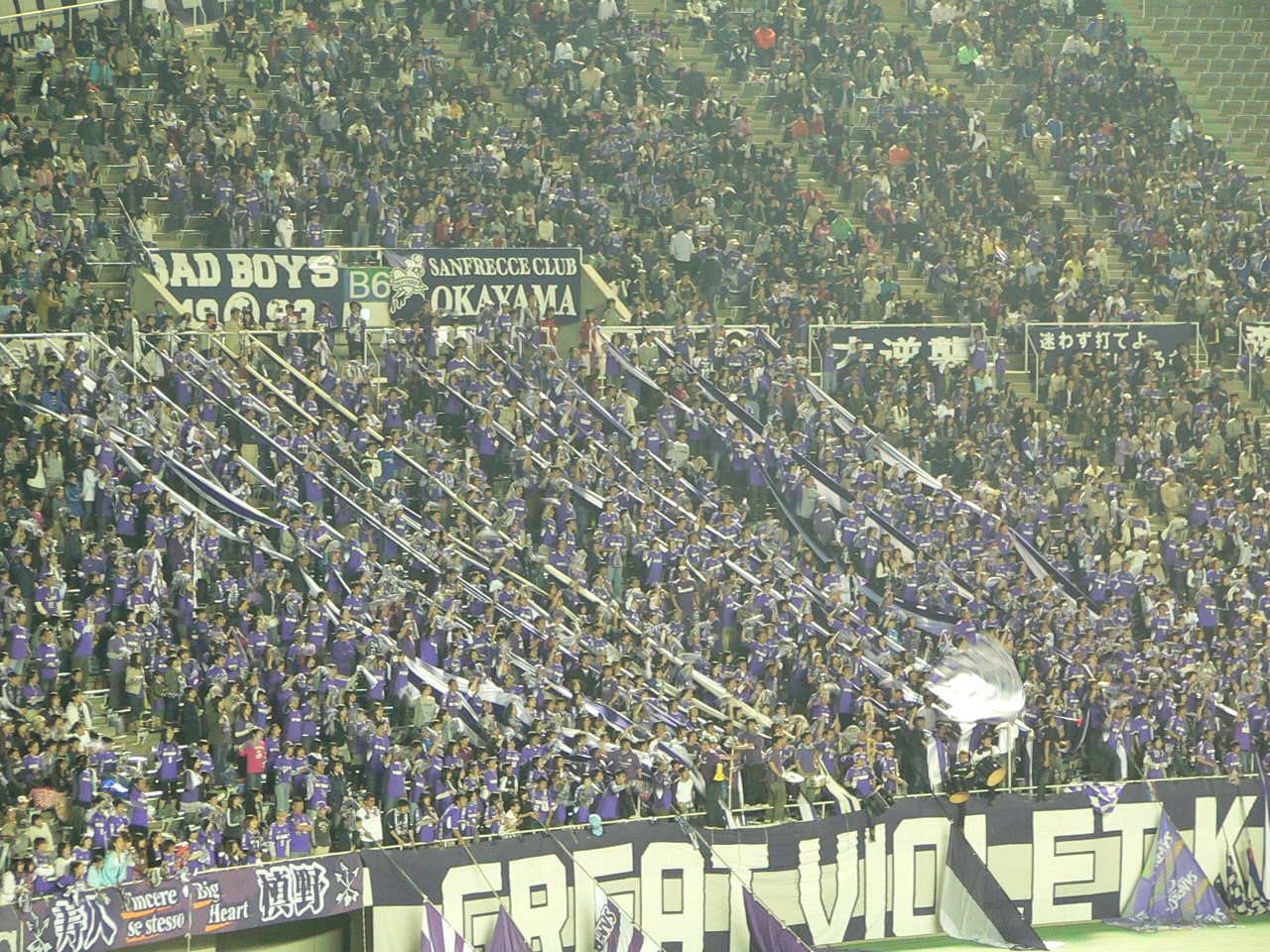 Sanfrecce Hiroshima competes in the J-League, J1 division.
It is one of the original 10 teams that have participated in the J-League since its inaugural year in 1993.

Sanfrecce's golden era continued with their first win in 2012. The following year, Sanfrecce was aiming for back-to-back championships, but before the final day of the season, they were in second place behind the first place Yokohama F Marinos and had no chance of winning the championship on their own. Marinos lost in the final game, and Sanfrecce won on the road against a strong opponent, Kashima Antlers. Sanfrecce won their second consecutive championship.

In 2015, for the first time in 11 years, a two-stage system was introduced, and the J-League Championship Game was held to determine the annual champion. For the third time in four years, Sanfrecce won the championship, defeating the previous year's champion Gamba Osaka in the championship.

The city of Hiroshima, home of Sanfrecce Hiroshima, has been designated as an International City of Peace and Culture, and a prayer ceremony is held every year on August 6, the day the atomic bomb was dropped.

Team: Sanfrecce Hiroshima
City: Hiroshima City, Hiroshima
Team Name Origin:
Hiroshima is famous for Motonari Mori, a warlord who was active in the 1500s. A famous anecdote about Motonari is the three arrows. "A single arrow can be easily broken by anyone. However, when three arrows are stacked on top of each other, it is difficult to break them," which is a story about the importance of unity.
The "San" in Sanfrecce is the Japanese word for the three arrows(San = 3), and the "Frecce" is the Italian word for arrow, which was combined to form the team name.
Year of Joined the J League: 1991
Titles: J League(3), Emperor's Cup(3)
The player signed with overseas clubs: Takuma Asano
The player acquired from overseas clubs: Ivan Hasek(Czech Republic), NOH Jung-Yoon(Korea), Anthony Popovic(Australia)