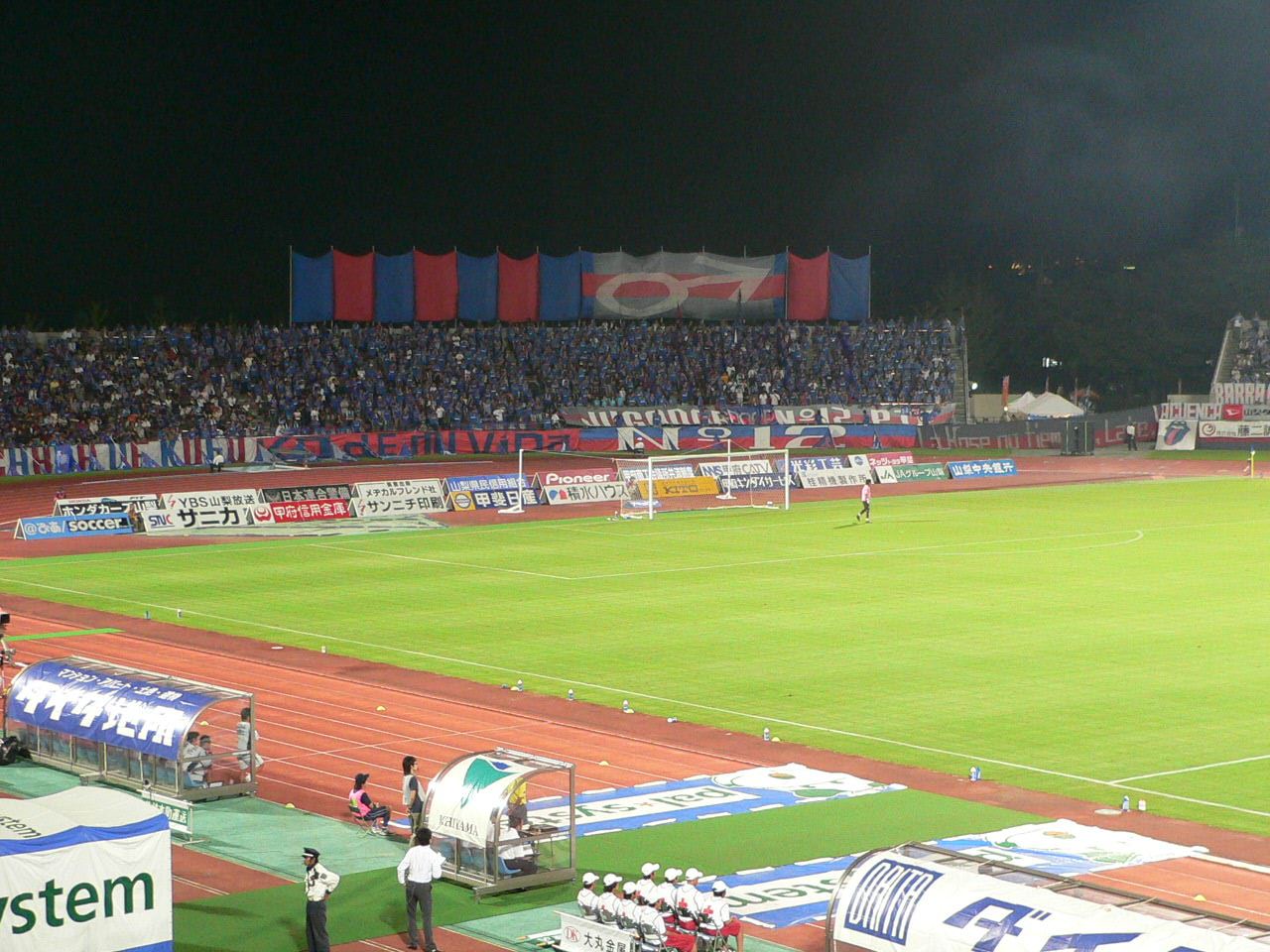 Vanforet was first promoted to J1 in 2006. They spent two seasons in J1 until 2007, and then were repeatedly relegated to J2 and promoted to J1, but since 2018 they have been in J2. They have yet to win a major title, but have advanced to the top eight of the Emperor's Cup three times and the J-League Cup twice.

Team: Ventforet Kofu
City: Kofu City, Yamanashi
Team Name Origin:
One of Japan's most famous warlords who was based in Yamanashi Prefecture was Shingen Takeda. The characters written on his banner were wind, forest, fire, and mountain. The name of the club is a combination of the French words "Van" meaning "wind" and "Foret" meaning "forest".
Year of Joined the J League: 1999
Titles: None
Highest Ranking: 13th (2014,2015)