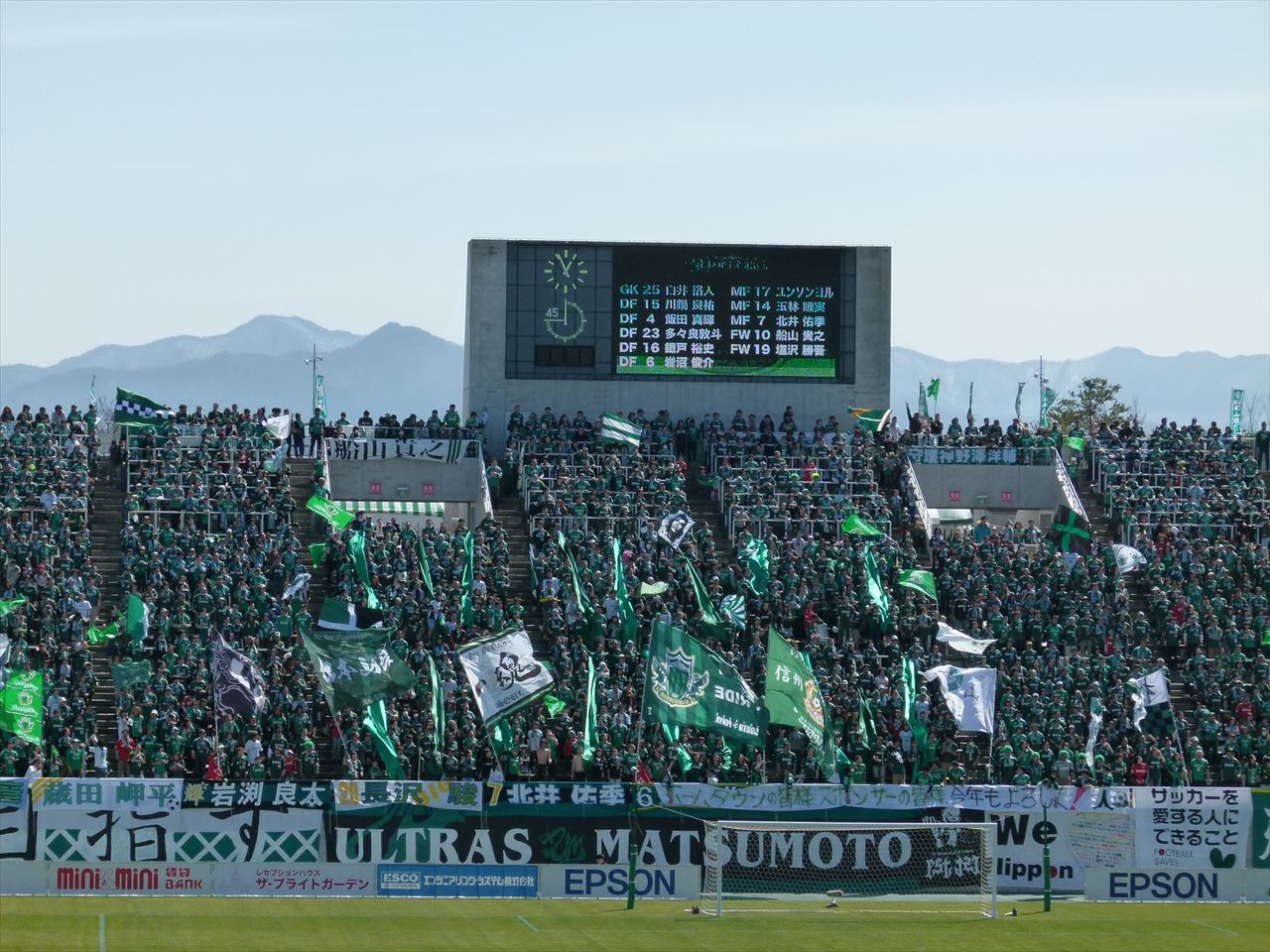 Team: Matsumoto Yamaga F.C.
City: Matsumoto City, Nagano
Team Name Origin:
When the club was founded in 1965, the team was named after a coffee shop in front of Matsumoto Station called "Yamaga" that the players loved to hang out at.
Year of Joined the J League: 2012
Titles: None
Highest Ranking: 16th (2015)