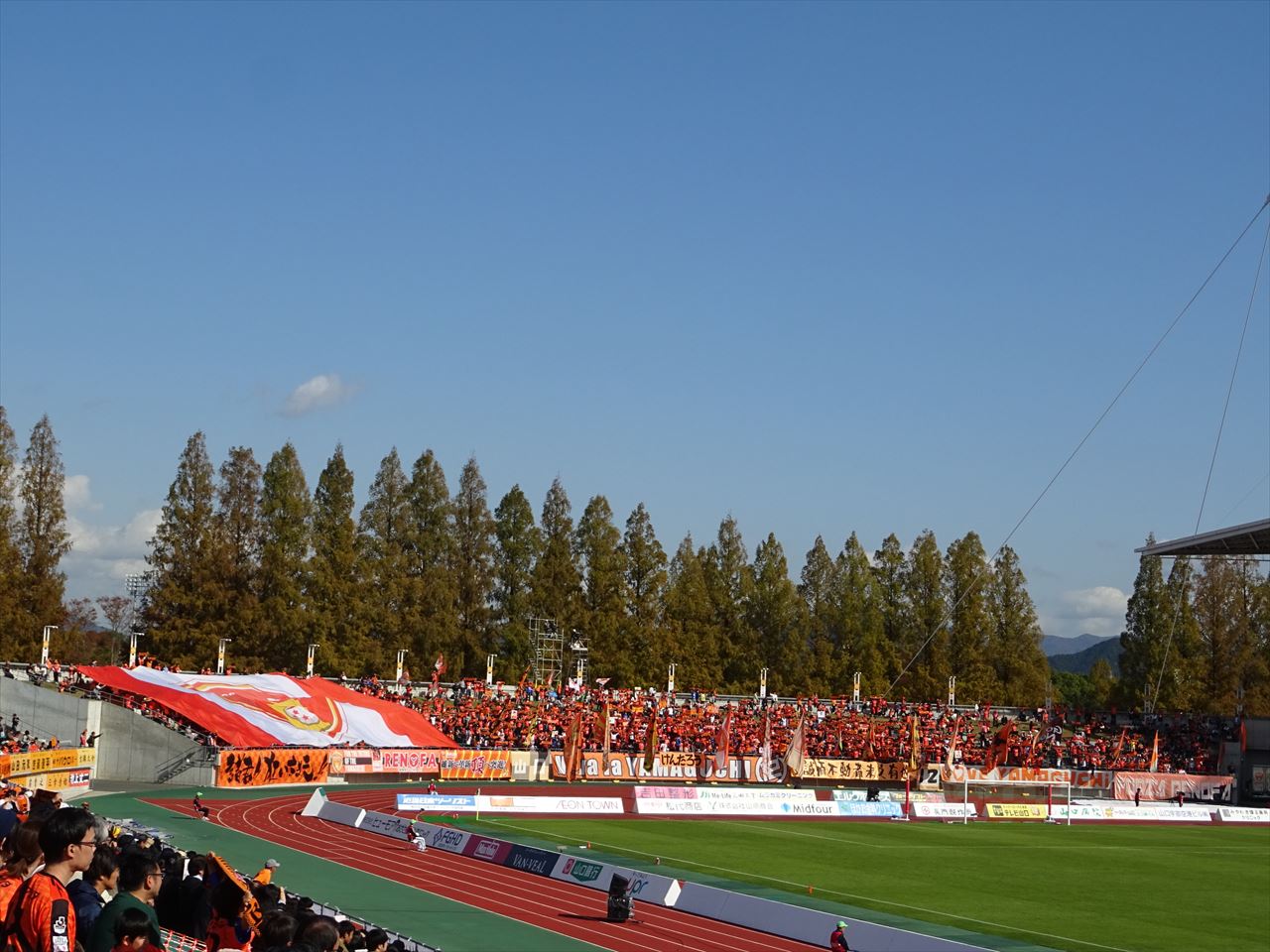 The team has yet to win any major titles and has not been promoted to J1. They achieved a J3 championship in 2015 and were promoted to J2. Since then, they have not had a chance to be promoted to J1, but they are slowly gaining strength, finishing 8th in 2018.

Team: Renofa Yamaguchi FC
City: Yamaguchi City, Yamaguchi
Team Name Origin:
The team was named after the first letter of the word "renovation," "Reno," and the sound of "fa" from the words fight and fine.
Year of Joined the J League: 2015
Titles: None
J1: None