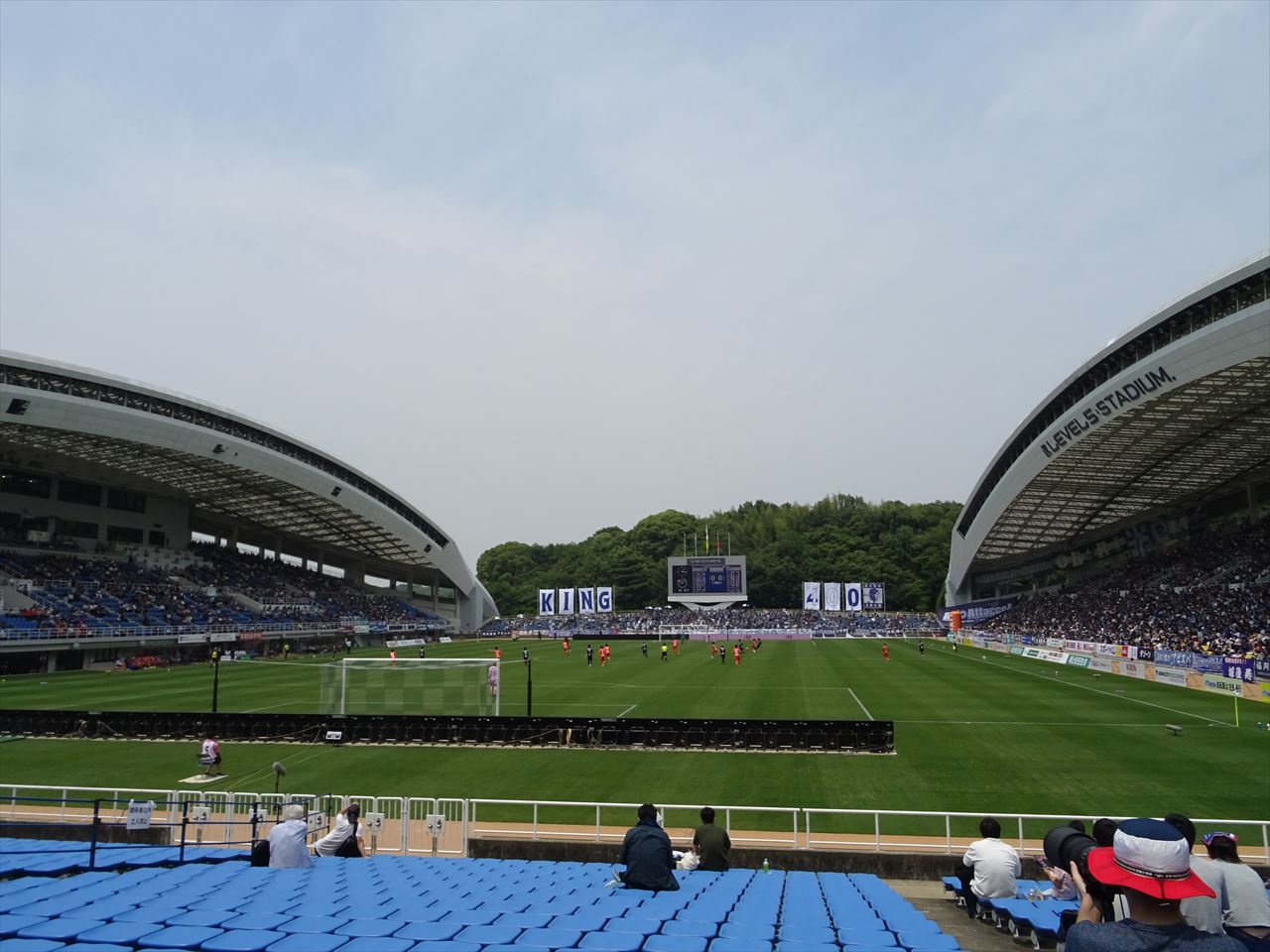 The home stadium is located near Fukuoka Airport, and you can see it from the sky when you take off or land on an airplane.

Team: Avispa Fukuoka
City: Fukuoka City, Fukuoka
Team Name Origin:
Avispa is the Spanish word for "bee". It was named to create a diverse group attack that is as nimble and controlled as the bees.
Year of Joined the J League: 1996
Titles: None
Highest Ranking: 12th (2000)