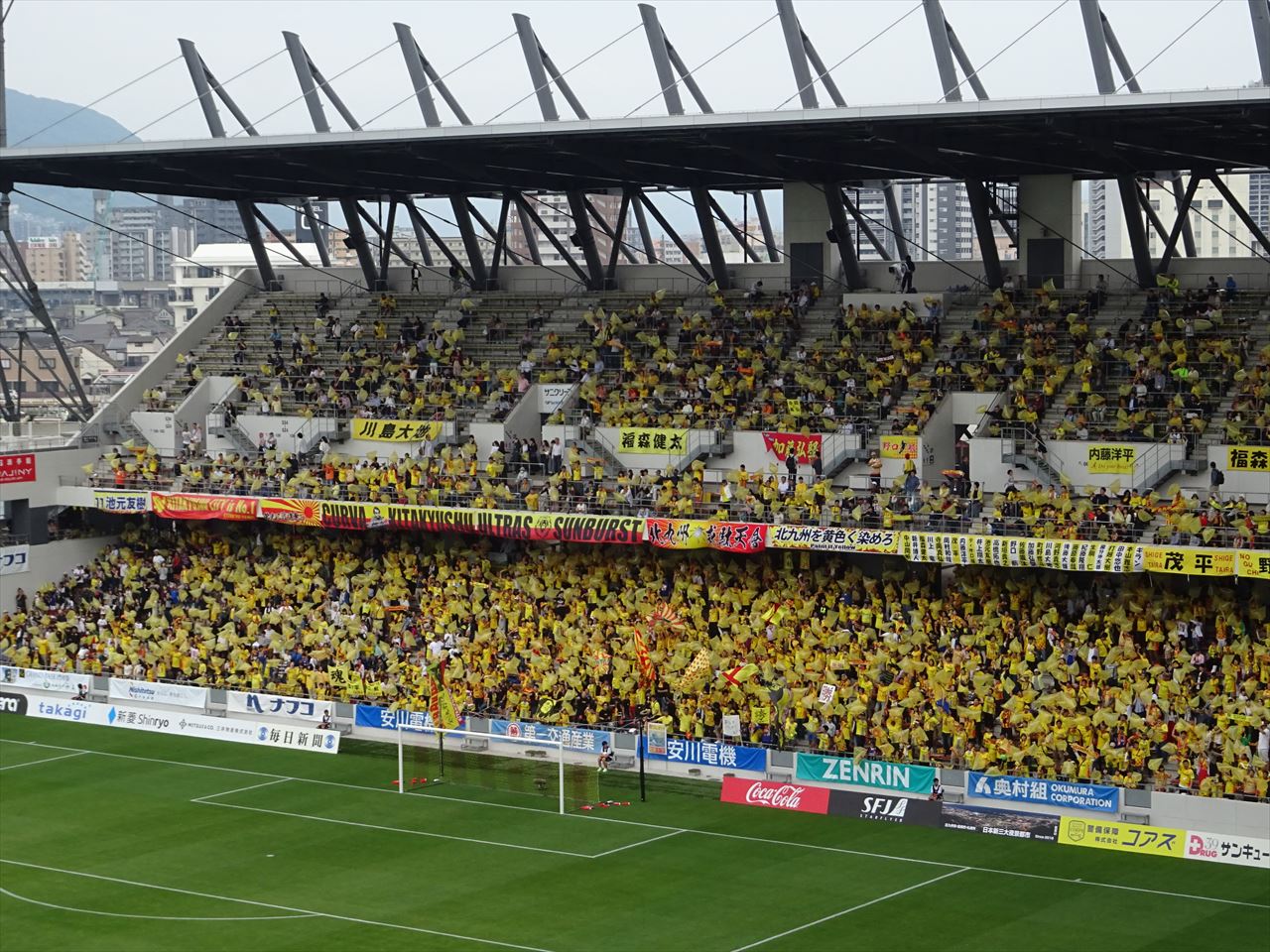 The team has yet to win a major title, nor has it been promoted to J1. In 2020, the team was in first place at the end of the first half of the season, but faltered in the second half of the season and ended up in fifth place.

Team: Giravanz Kitakyushu
City: Kitakyushu City, Fukuoka
Team Name Origin:
It is a coined word from Girasole, which means sunflower in Italian, and Avanza, which means moving forward. Sunflowers are the city flower of Kitakyushu.
Year of Joined the J League: 2010
Titles: None
J1: None