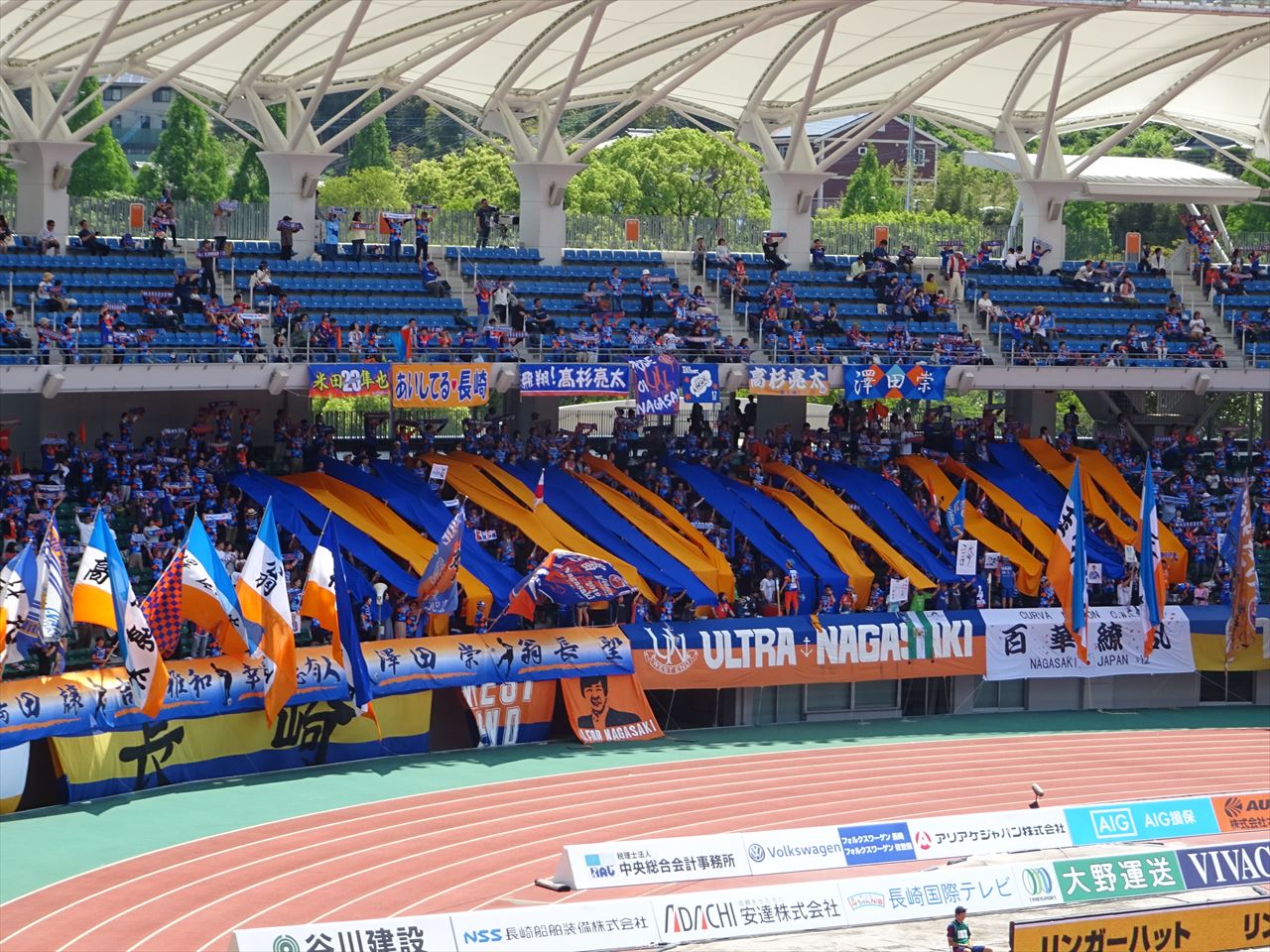 V. Farren Nagasaki fought in the J1 promotion playoffs in 2013 and 2015, but failed to win. Their long-held dream of promotion to J1 came true in 2017, when they finished second in the J2 season, within the automatic promotion zone, and were promoted to J1 for the 2018 season. However, they were relegated again after one year. In 2020, they were in the promotion zone at one point, but in the end, they could only finish third and could not be promoted.

A new stadium is currently under construction and is scheduled for completion in 2024.