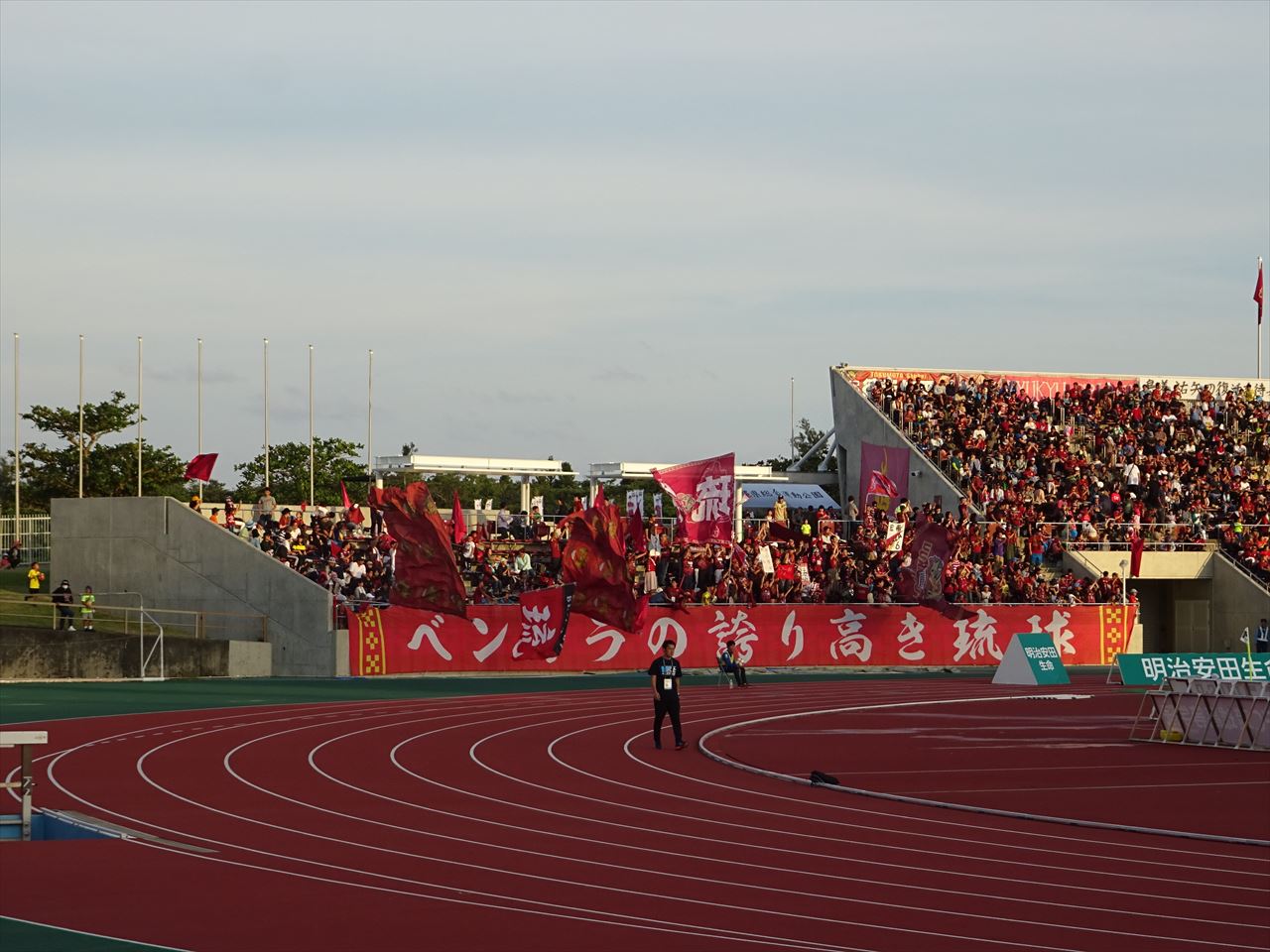 It is the only J-League club in Okinawa that won its first J3 championship in 2018, its fifth year in J3, and was promoted to J2. Tokyo and Okinawa are roughly 1,500 to 1,600 kilometers apart. Okinawa is the area where the J-League and professional baseball teams hold their spring training camps.

Team: FC Ryukyu
City: Okinawa City, Okinawa
Team Name Origin:
It was named as a simple and familiar team name with the hometown name.
Year of Joined the J League: 2014
Titles: None
J1: None