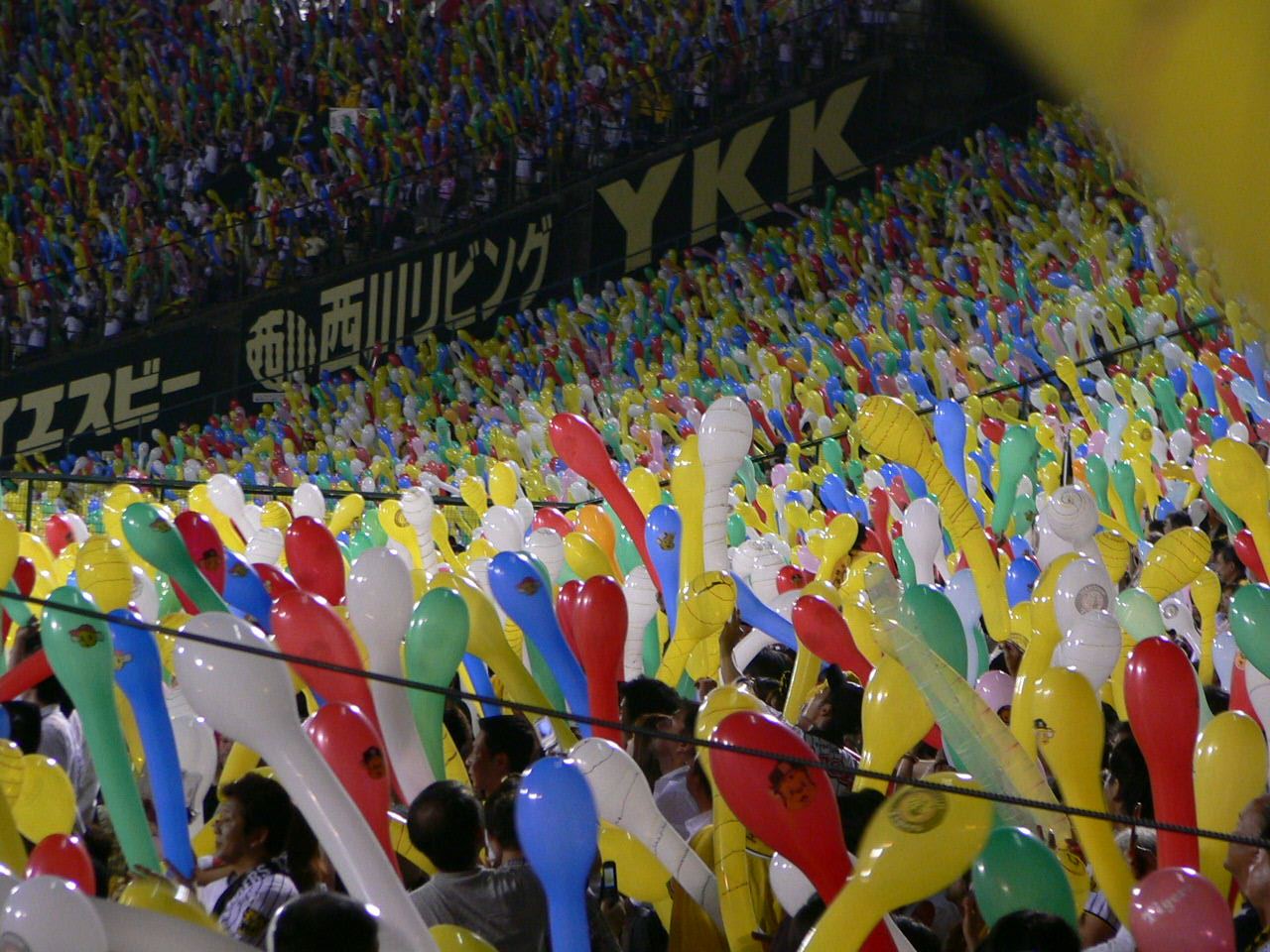 Hanshin Tigers are a member of the Central League of professional baseball in Japan.

One of the most popular baseball teams in Japan is the Hanshin Tigers.
Their rivals are the Yomiuri Giants. The Hanshin vs. Giants game is one of the best rivalry matchups in Japanese professional sports.
Hanshin's home field is Koshien Stadium, and on the days of Hanshin Tigers games, almost the entire stadium is dyed yellow.

While the Giants have won Japan's top prize 22 times, Hanshin has only been crowned once. That one time was the 1985 season.
For Hanshin fans, 1985 was a season they will never forget.
The batting line, led by Randy Bass, Kakefu and Okada, was so strong that it was called the new dynamite batting lineup, including the legendary back screen triple.
And they won the league championship for the first time in 21 years at Jingu Stadium.

The team has a song called Rokko Oroshi, which the fans sing in chorus when they watch games at the stadium.