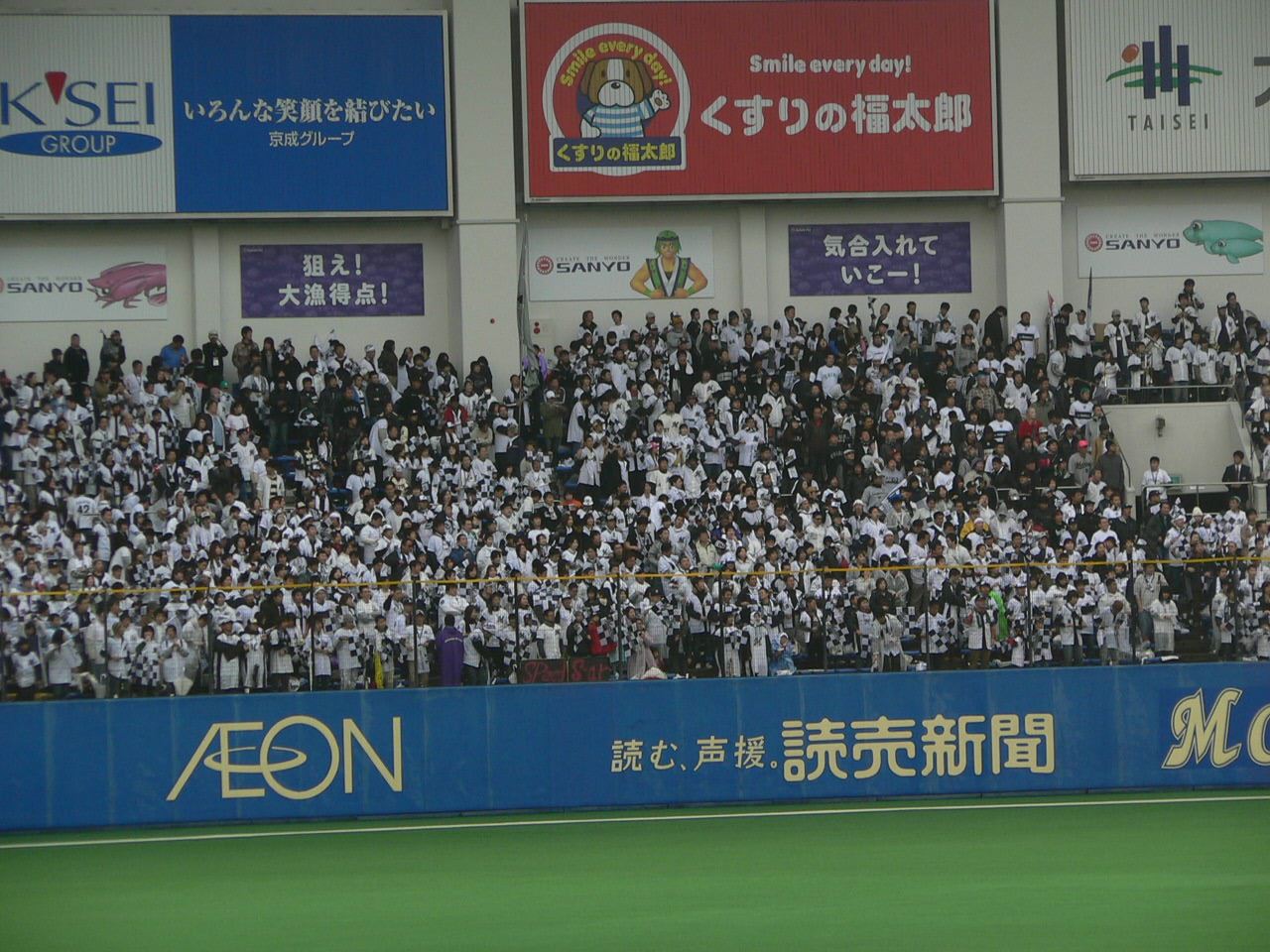 Before moving to its current location in Chiba in 1992, the Lotte had a history of shifting home bases.
There was even a season between 1973 and 1977 when they did not have a home base.

A few years after the move to Chiba, in 1998.
In 1998, a few years after moving to Chiba, Lotte suffered a "nightmare 18-game losing streak. Although there were a few draws in between, the 18 consecutive losses became a disgraceful record in professional baseball.

At that time, there were still not many fans at the stadium, but in the 2000s, the outfield seats became filled with enthusiastic fans, and the stadium was enlivened with unique soccer-like cheering.