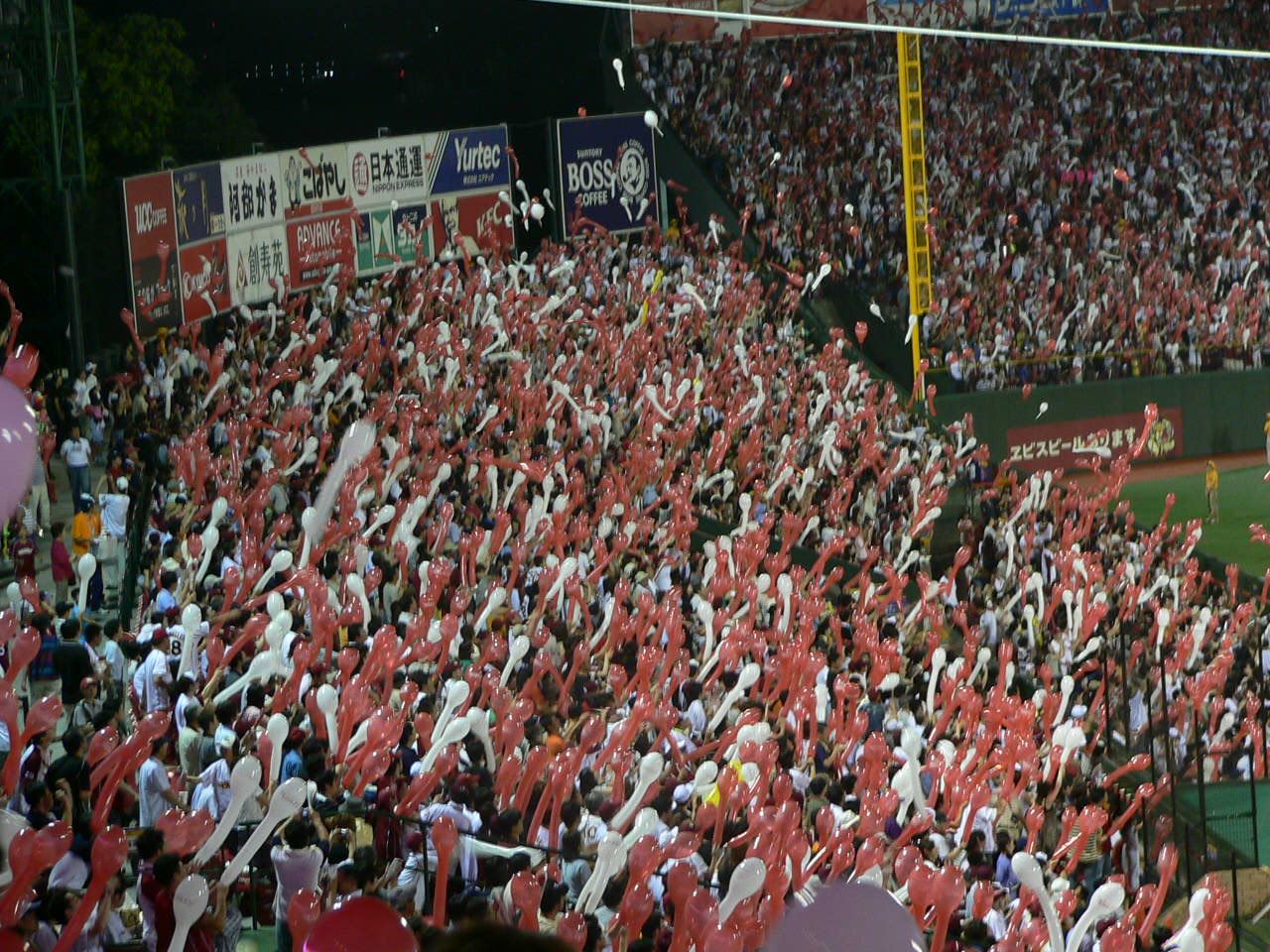 In 2006, Katsuya Nomura took over as manager of the Rakuten Golden Eagles, and in that year's draft, he acquired pitcher Masahiro Tanaka. Nomura took charge until 2009, and perfected the team enough to advance it to the playoffs.
Then, in 2011, Senichi Hoshino took over as manager, and in 2013, the weak Eagles finally won the Japan championship. This year, Masahiro Tanaka became the first pitcher in the history of Japanese professional baseball to win the most games in a season without losing a game.

Rakuten is actively converting its stadium into a ballpark, offering a stadium experience like no other, including a Ferris wheel inside the stadium.