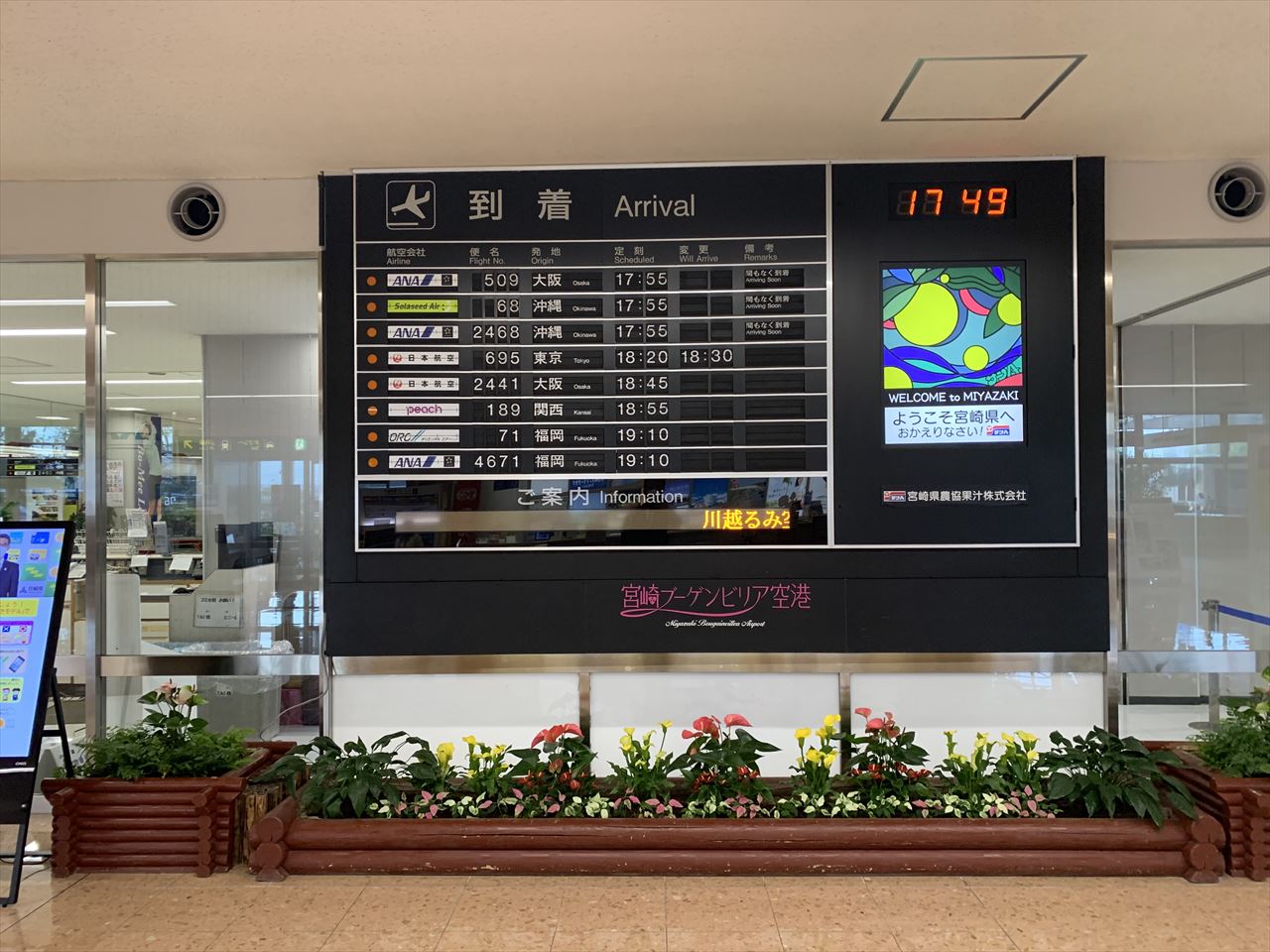 There are flights to Miyazaki Airport from Tokyo (Haneda, Narita), Nagoya, Osaka, Okinawa, Fukuoka, and other cities. 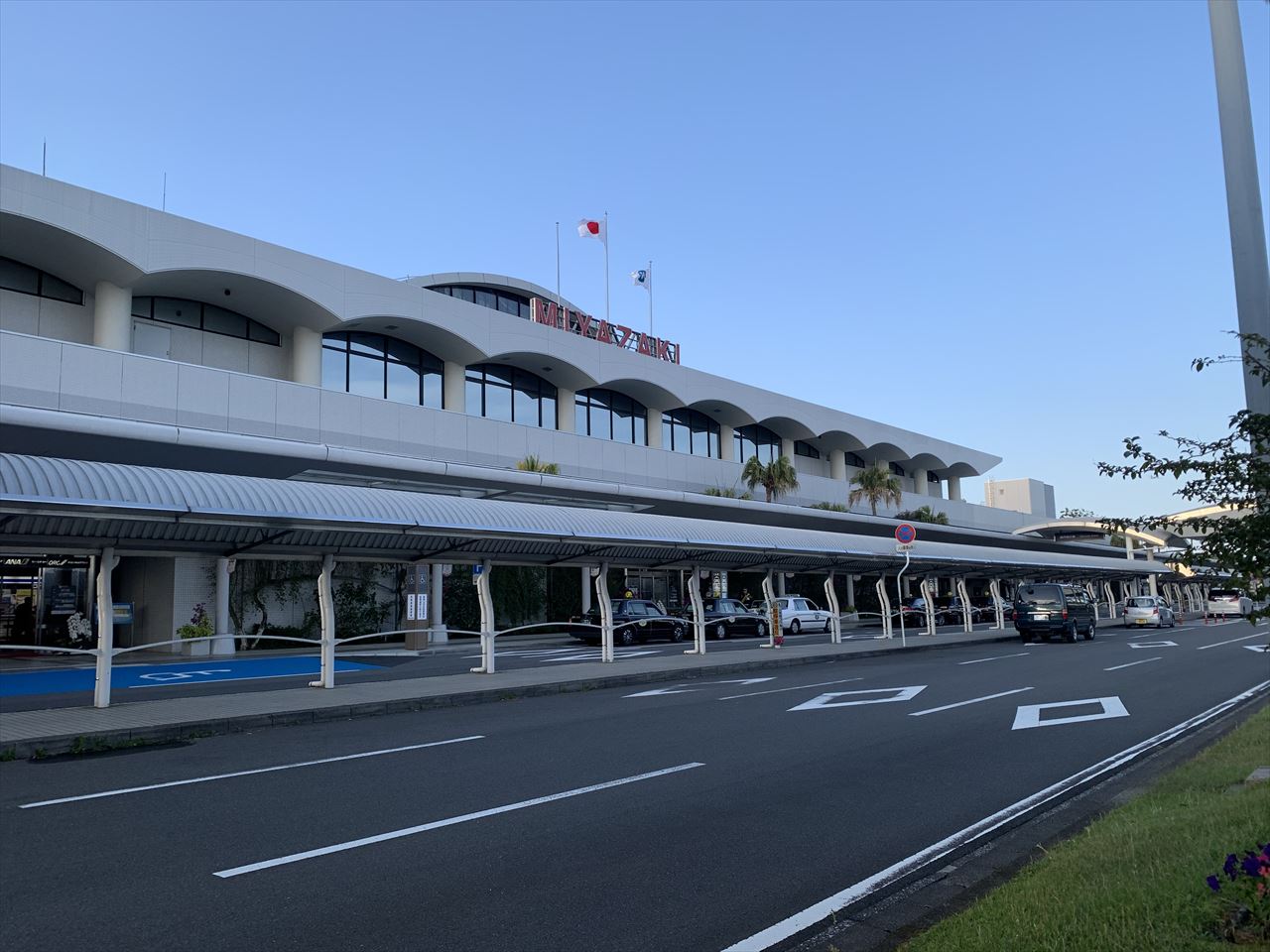 From the Airport to Miyazaki City

There are basically several options for getting to Miyazaki City from the airport, including train, bus, cab, and rental car, making it a very convenient airport.

Train (from the airport to Miyazaki Station)

Bus (from the airport to Miyazaki Station)

The first bus stop after exiting the airport is for Miyazaki Station. There are two or three buses an hour, depending on the time of day.

Car rentals should be booked in advance. There is little advantage in renting a car after arriving at the airport on the day of the trip, in terms of price. That's why there are websites that allow you to book in advance and get a discount. If you plan to rent a car, be sure to make a reservation in advance.

A Taxi to Miyazaki Station will cost around 3,000 yen each way.
As soon as you exit the airport, you will find a Taxi stand with Taxi waiting for you. 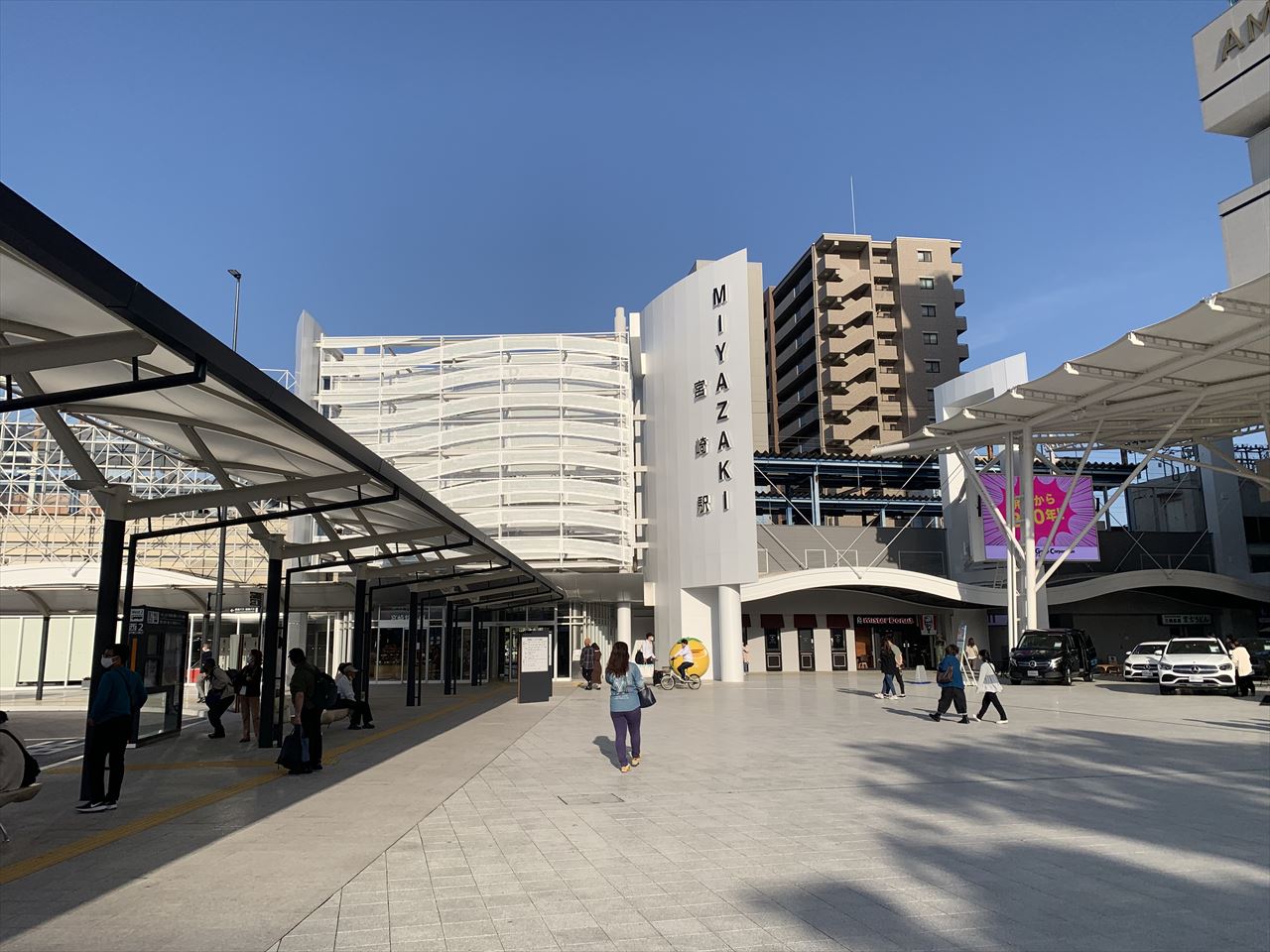 Getting around Miyazaki City

You can get around the city by city bus or train.
If you want to go around for a short distance, you can rent a bicycle or take a ride called "Guruppi".

The downtown area of Miyazaki Station is Tachibana-dori, which is a short distance from the station.
It's a bit far from the station, about a 15-minute walk.
Since it is a bit far, it is convenient to use the "Guruppi" bus.
It only takes a little over five minutes from Miyazaki Station to the Tachibana Dori area, and the bus runs every 12 minutes.
The fare is 100 yen per ride (children under elementary school age ride for free), so I appreciate the reasonable price. You can pay by using an IC card or cash.
(The bus circulates from the station to the Tachibana-dori area. Please check the details for the route. 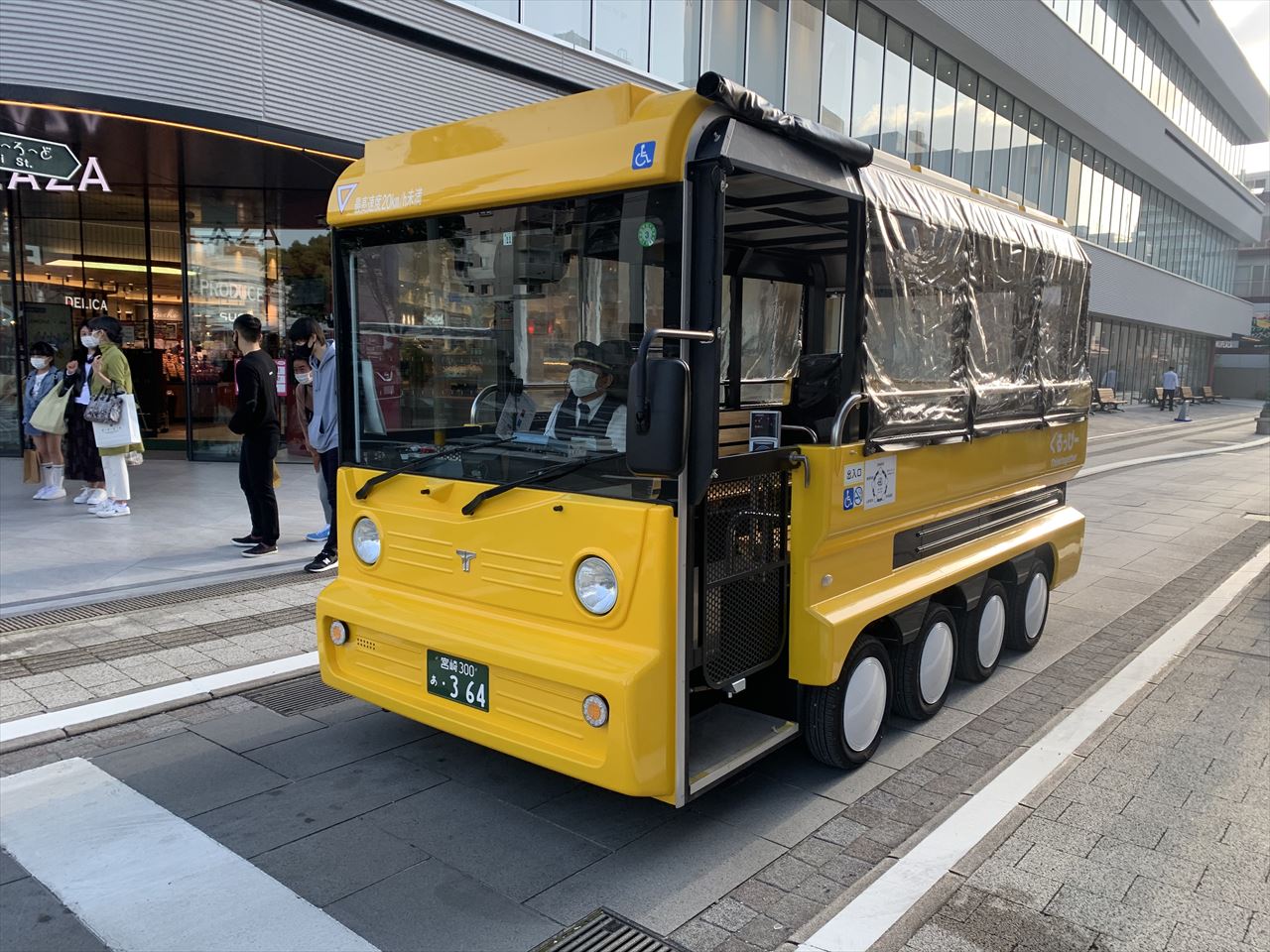 END_OF_DOCUMENT_TOKEN_TO_BE_REPLACED

Nichinan Sports Park Multipurpose Gymnasium is located in Nichinan City, Miyazaki Prefecture. Getting to the Stadium Realistically, the stadium is difficult to get to without a car …

END_OF_DOCUMENT_TOKEN_TO_BE_REPLACED

Ivy Stadium is a baseball stadium located in Miyazaki City, Miyazaki Prefecture, in the Ikime no Mori Sports Park. It is the camping ground for the SoftBank Hawks. Getting to the S …