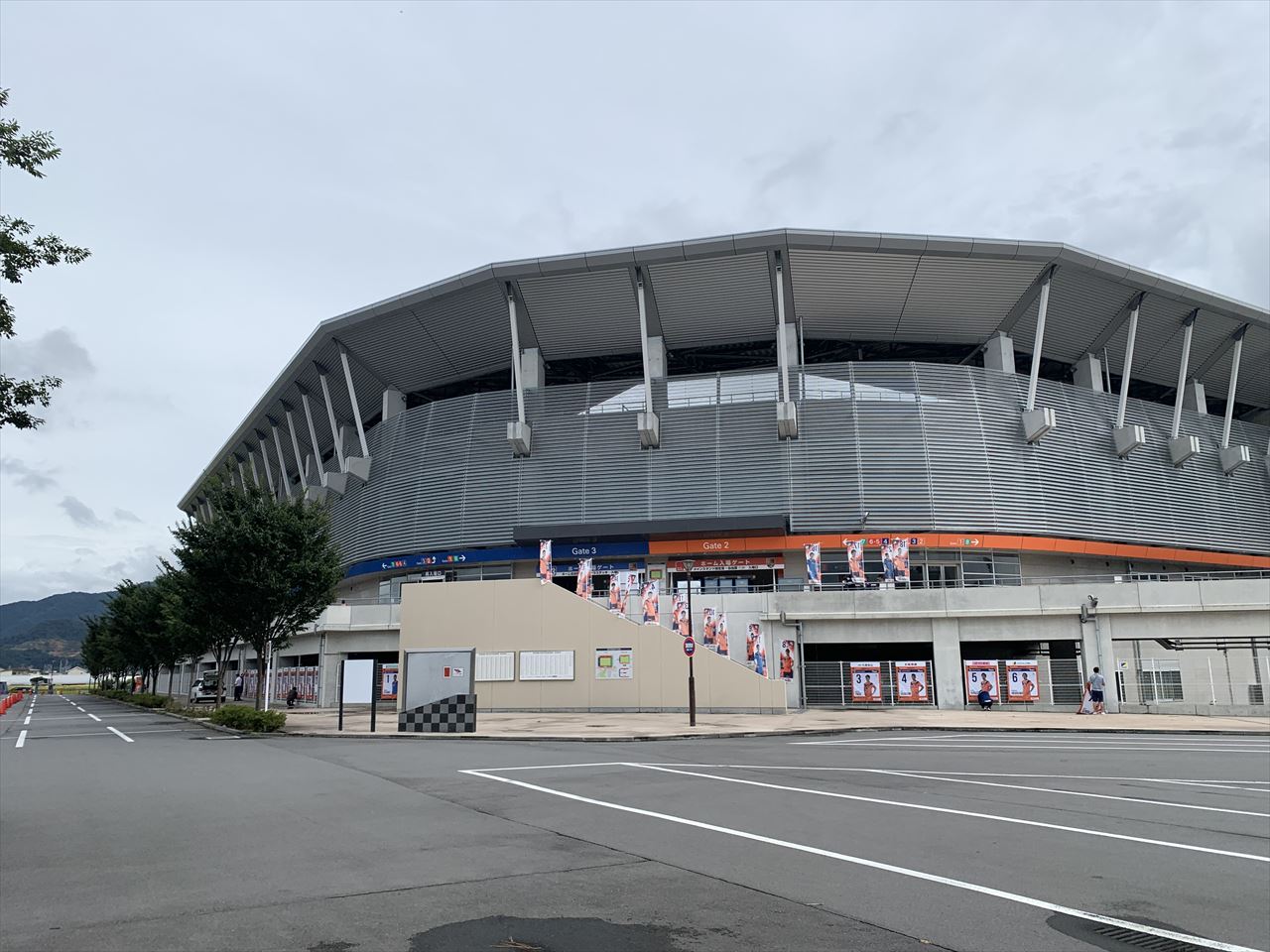 Nagano U Stadium is a soccer stadium located next to Nagano Olympic Stadium, which was used as the main stadium for the Nagano Olympics and is the home of AC Nagano Parseiro.

On game days, a shuttle bus service is available from the east exit of JR Shinonoi Station.

Bus fare
Adults (high school and older) 250 yen (one way)
Children (elementary and middle school ) 130 yen (one way)
*It takes about 10 minutes from Shinonoi Station to the stadium. 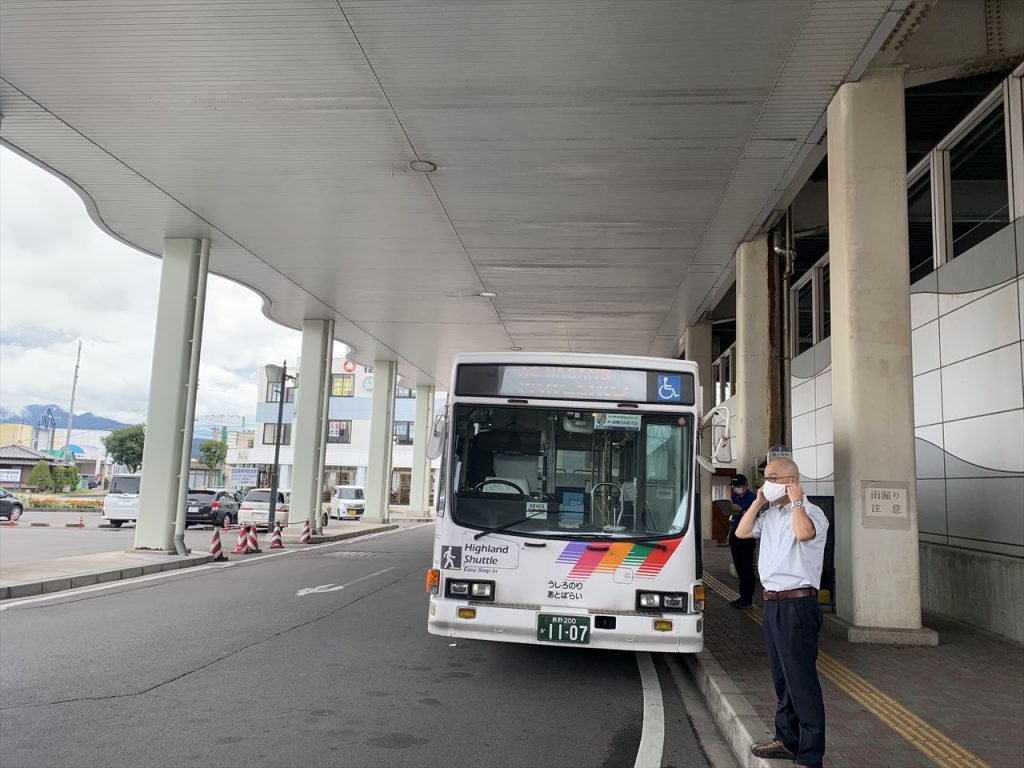 View from the first floor 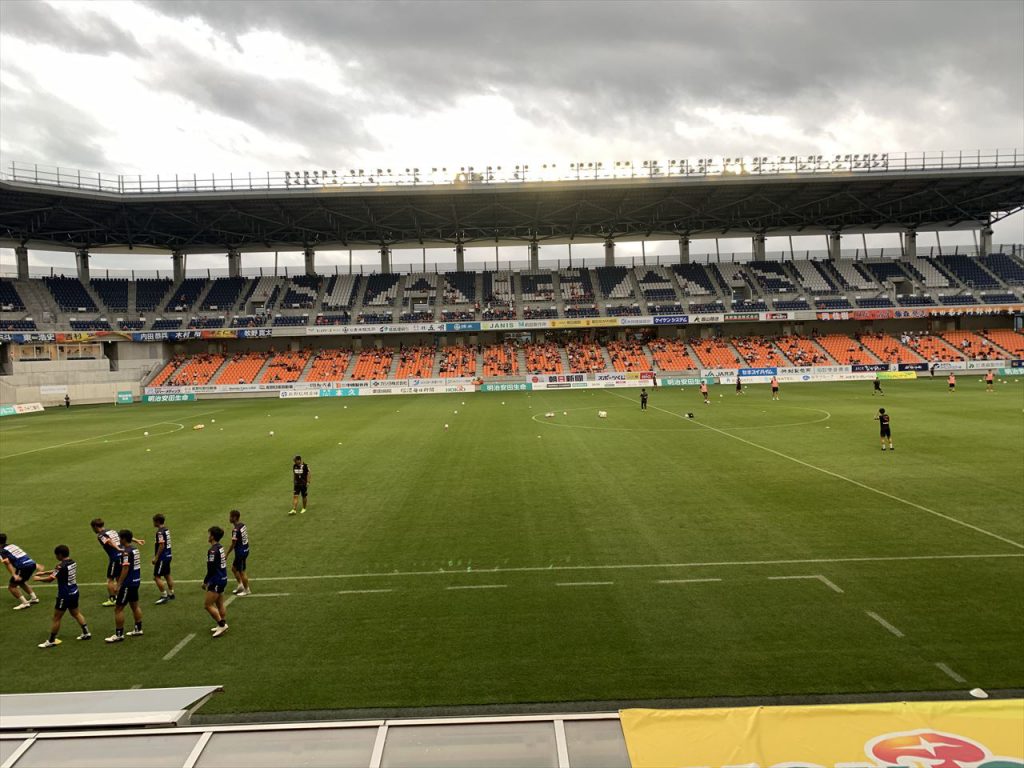 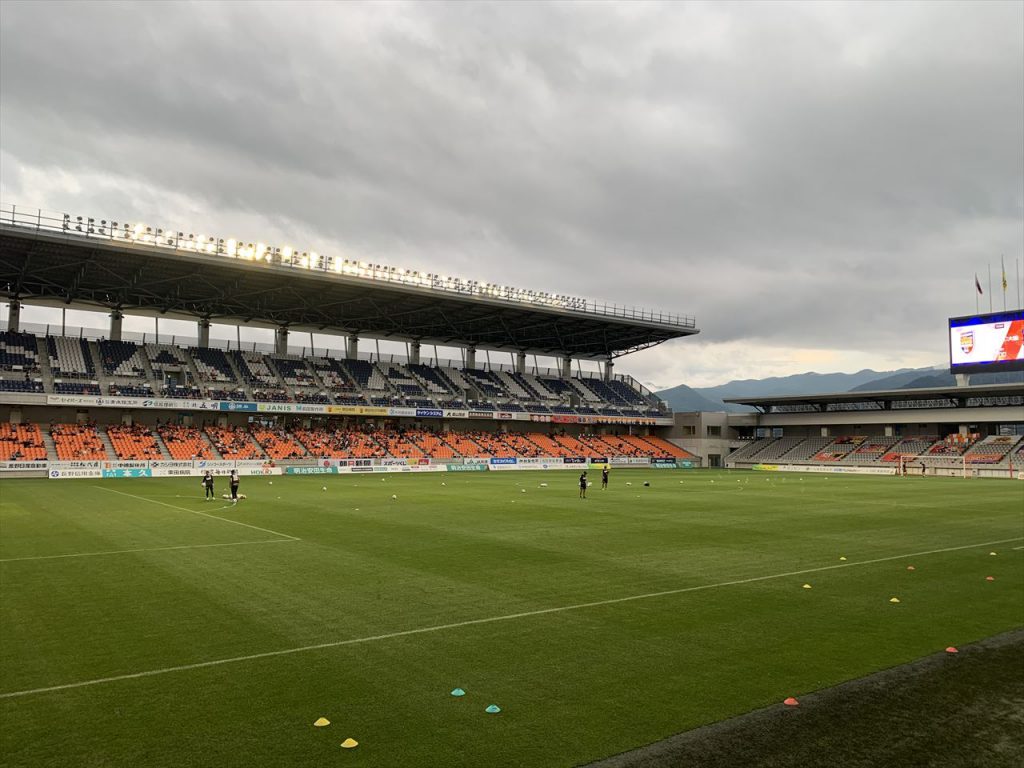 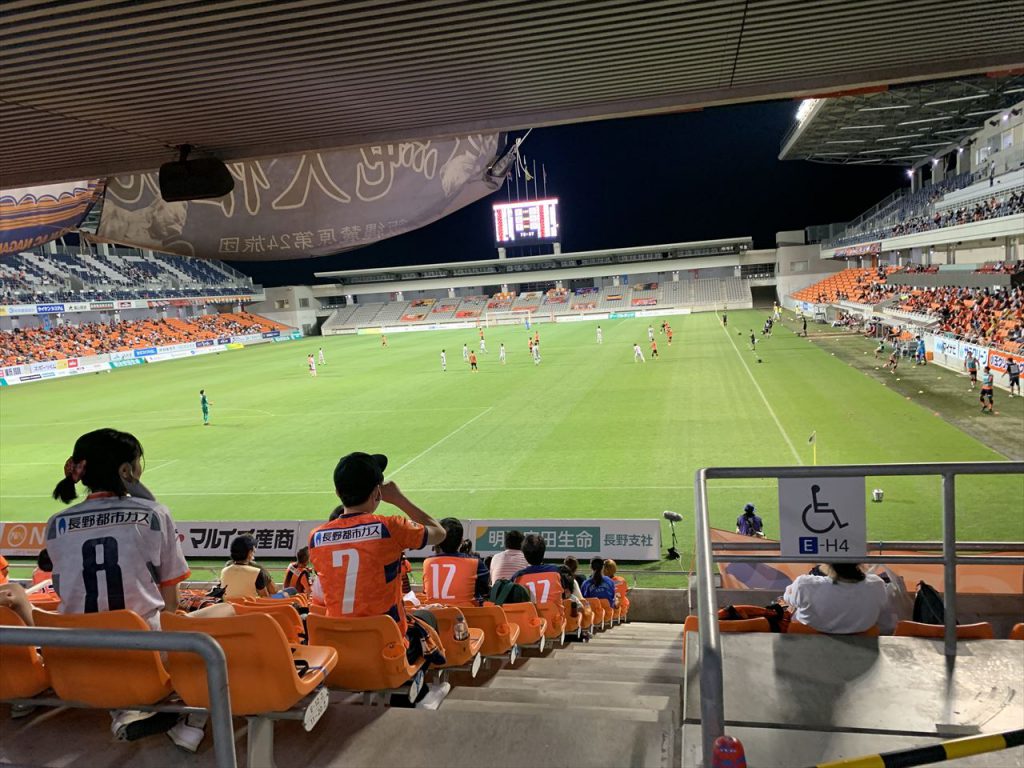 View from the second floor 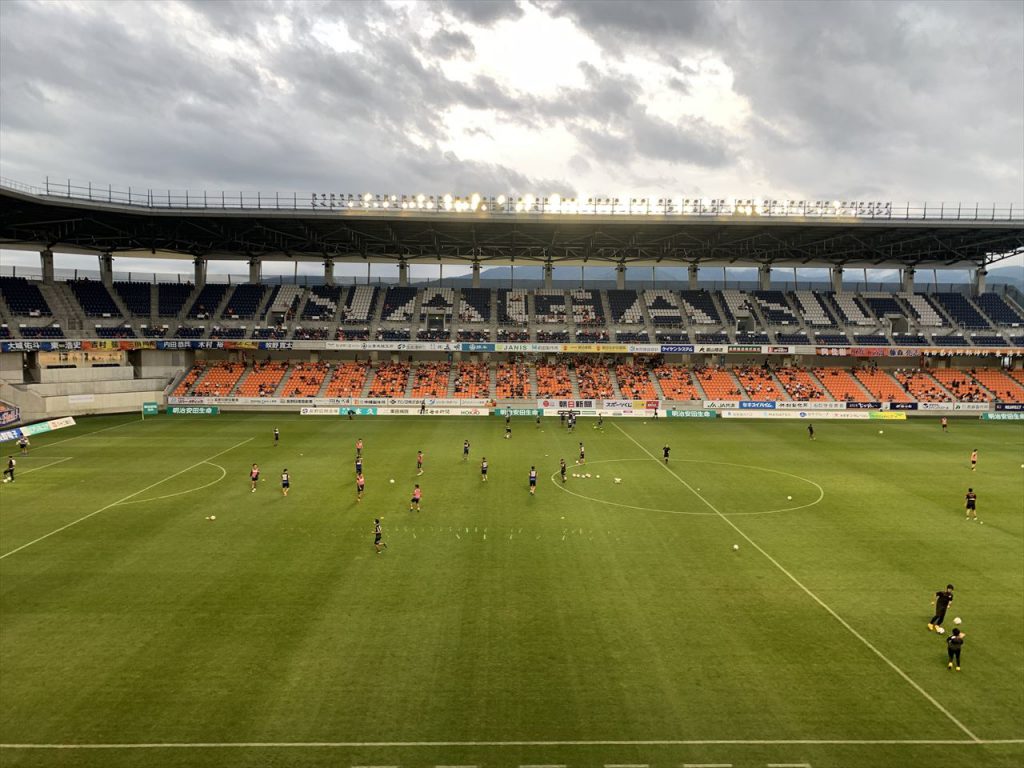 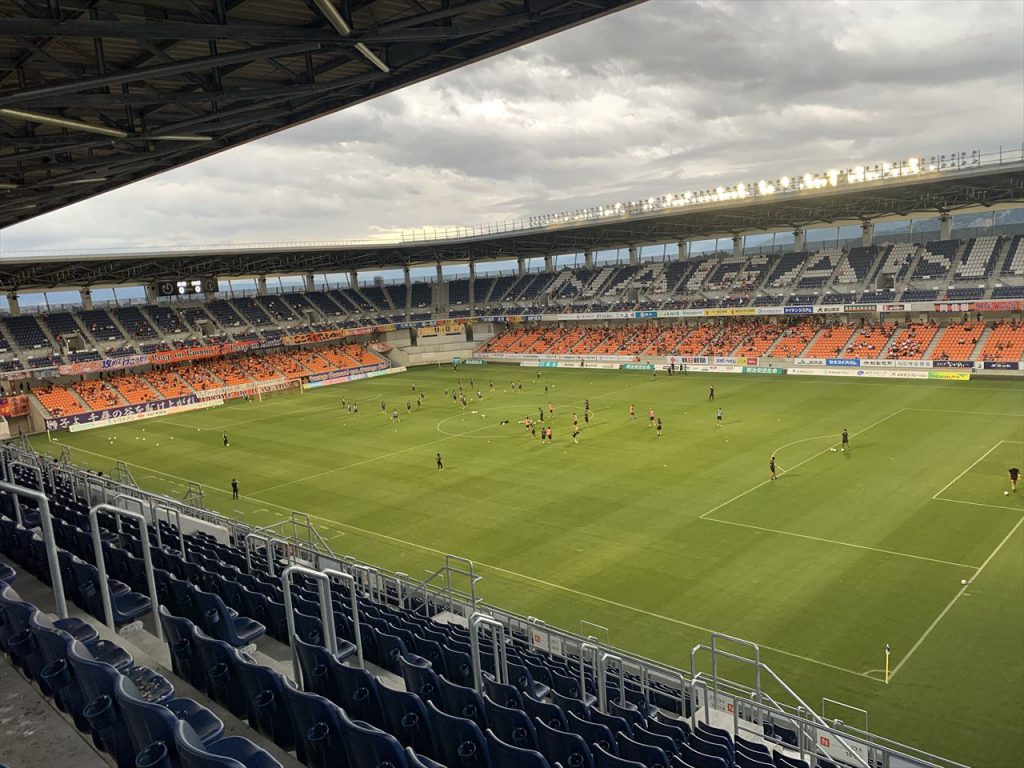 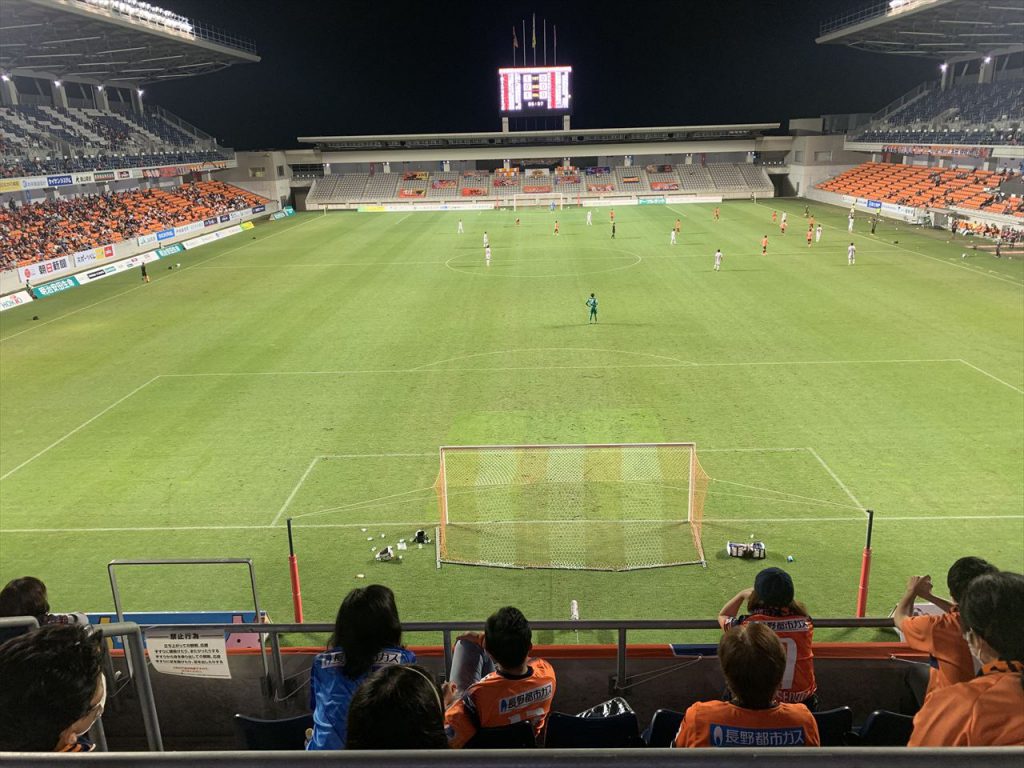 The stadium has a roof, as shown in the picture below, but if you don't want to get wet in the rain, the back row of the first-floor seats or the second-floor seats are better. 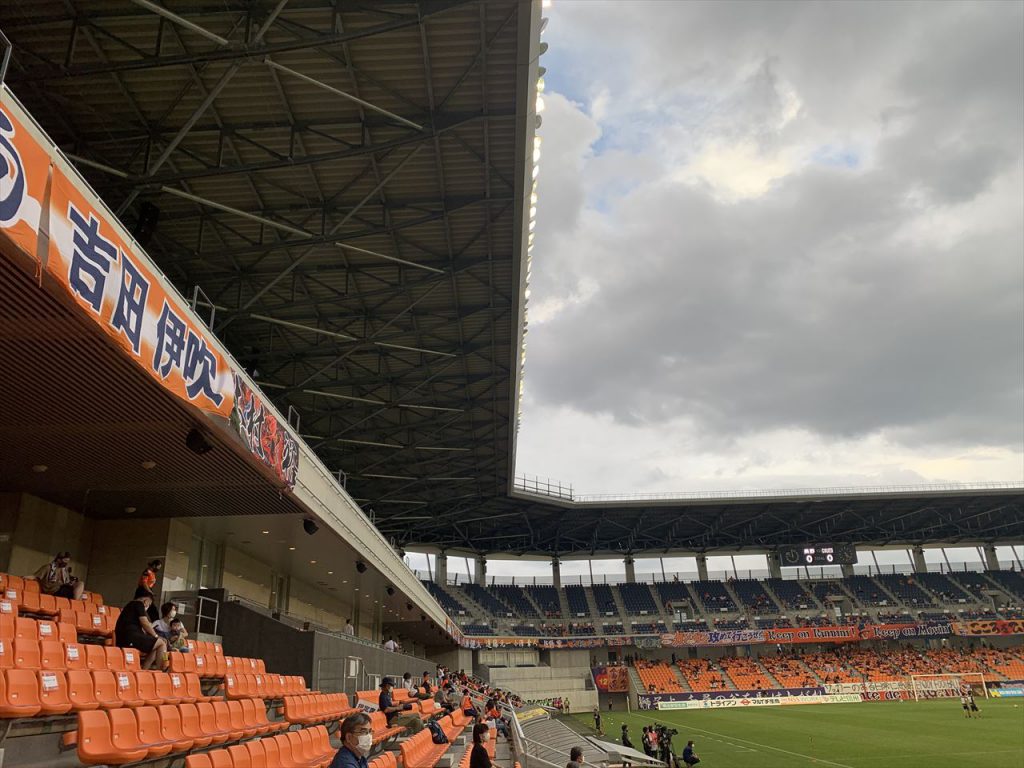 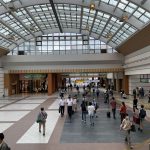 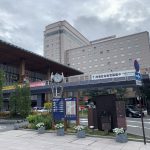 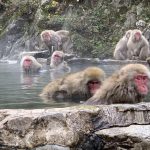 1. "Getting there & Around" Nagano, Nakano, Chikuma

For those in the Tokyo metropolitan area, the JR Nagano Shinkansen connects Tokyo to Nagano Station in about 1 hour and 45 minutes.
If you are from the Kanto area, renting a car is also an option as you will basically need a car to get to Nagano.

2. "Where to Stay" in Nagano, Nakano, Chikuma

In the case of Nagano, Zenkoji Temple is one of the most popular sightseeing spots that can be visited around Nagano Station. If you have a car, Jigokudani Yaen-koen (Jigokudani Monkey Park), famous for its monkeys bathing in hot springs, is about an hour's drive from Nagano Station.
There is also the Yudanaka Onsen (hot spring) nearby, so I think it is best to combine the Jigokudani Yaen-koen and this place.

Nagano is famous for its soba noodles. You can also enjoy buying apples at apple stands.
One of the most popular foods in Nagano is oyaki.
There are many kinds of oyakis with various fillings, such as dried daikon, nozawana, and bean paste.
They cost about 100 yen each, so buy some at the store and eat them with gusto.

Big Hut was one of the main venues for ice hockey during the 1998 Nagano Winter Olympics. After the Olympics, it hosted the All-Japan Figurative Skating Championships and other eve …

END_OF_DOCUMENT_TOKEN_TO_BE_REPLACED

The White Ring is an arena in Nagano City that was also the venue for philia skating during the 1998 Nagano Olympics. The White Ring has a separate main arena and sub-arena. Gettin …

END_OF_DOCUMENT_TOKEN_TO_BE_REPLACED

Demon Slayer: A location appearing in the movie "Kimetsu no Yaiba" has become a popular spot.

There is a stone in Suzaka City in Nagano that resembles the stone in a scene from the world's most popular movie, "Kimetsu no Yaiba / Demon Slayer," and it is getting a lot of att …