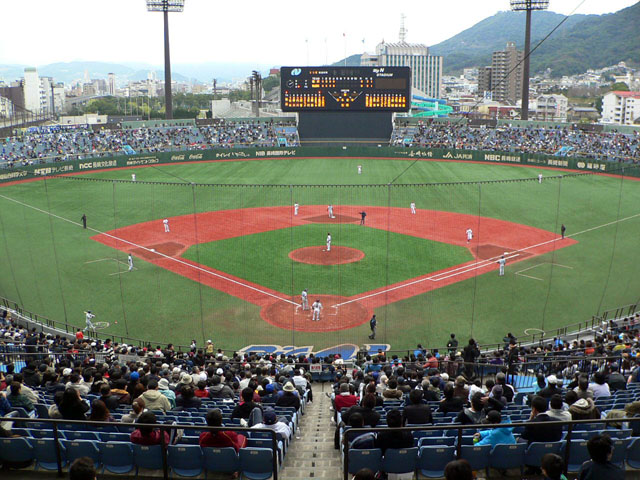 Nagasaki Big N Stadium is a baseball stadium located in Peace Park in Nagasaki City, Nagasaki Prefecture.
Since the first official game between Yakult and Hiroshima was held in 1997, the stadium has hosted professional baseball games every few years.

Transcosmos Stadium Nagasaki is the home of the J-League team "V-Varen Nagasaki." Getting to the Stadium From Isahaya Station (JR & Shimabara Railway) The nearest station is Is …