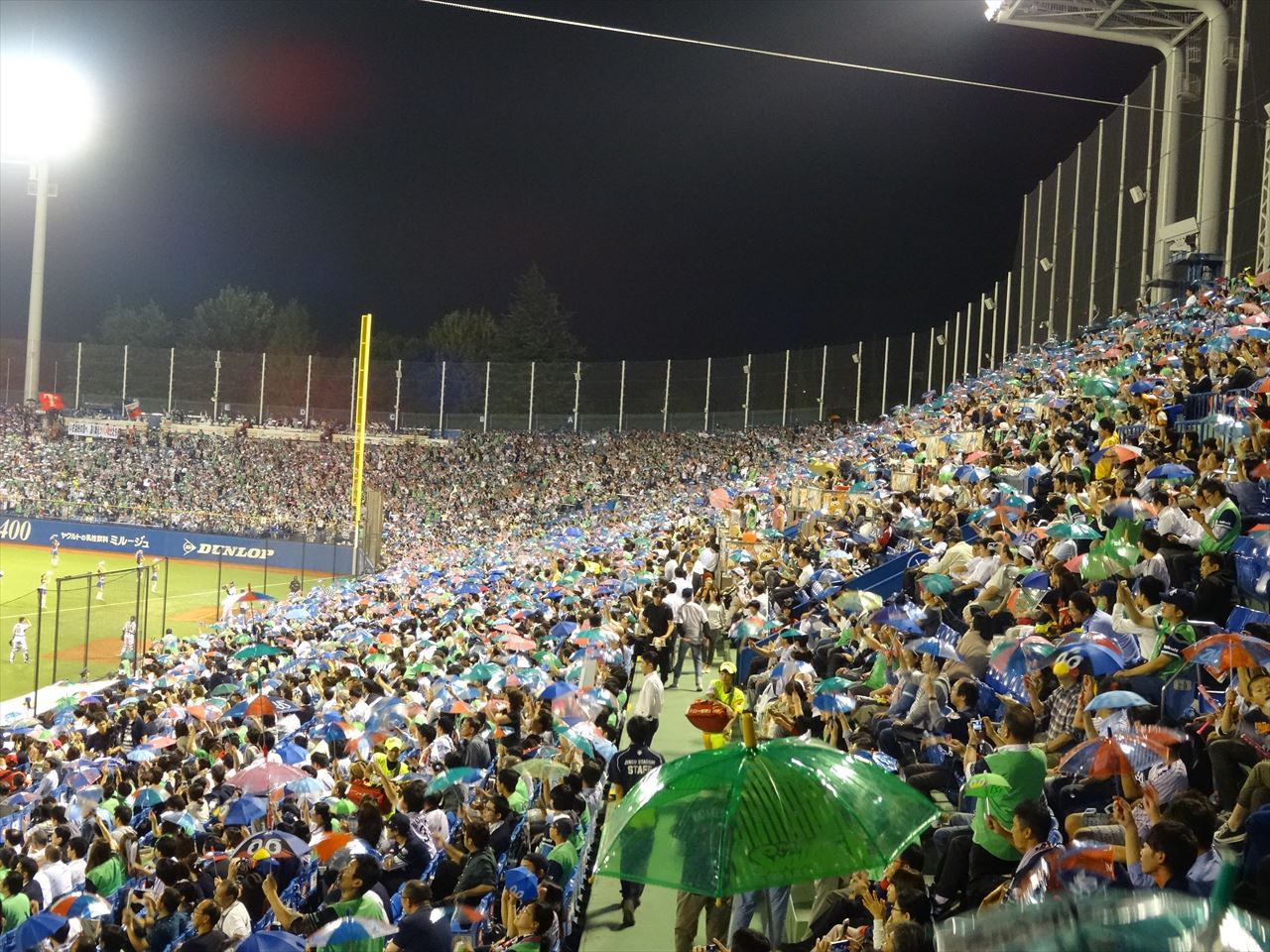 Tokyo Yakult Swallows are a member of the Central League of professional baseball in Japan.

It was in 1978 that Yakult won the Japan championship. After winning the Central League that year, Yakult battled the Hankyu Braves in the Japan Series. The series turned into a heated battle, and the winner went to the seventh and final game.
In the bottom of the 6th inning, with one out, Katsuo Osugi(Yakult Swallows) hit a huge fly ball to the left field pole, which was ruled a home run. However, Hankyu manager Ueda protested vehemently against the decision. The game was resumed after an interruption of 1 hour and 19 minutes, and Yakult won the game 4-0 for the first time in their history.

At a Yakult game, fans wave plastic umbrellas and sing the Tokyo Ondo before the attack in the bottom of the seventh inning at Jingu Stadium when a score is scored.