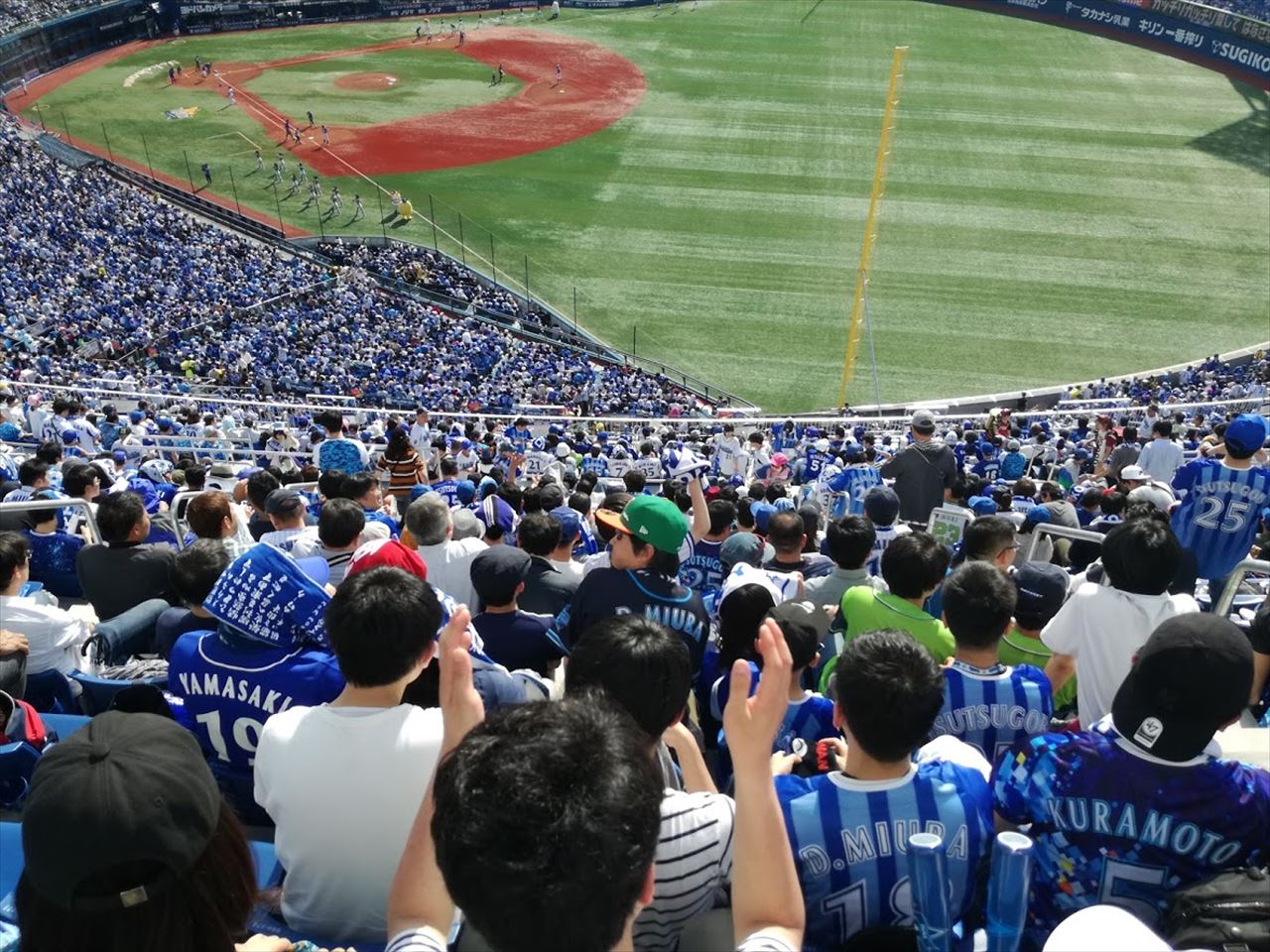 The Yokohama DeNA BayStars is a member of the Central League of professional baseball in Japan.

In 1992, the team, which had previously been the Taiyo Whales, changed its name to the Yokohama BayStars when the parent company changed its name, aiming to become a community-based citizen baseball team.

It was in 1998 that Yokohama turned into a melting pot of excitement.
That year, the BayStars established a winning pattern with their unflappable pitcher, Masahiro Sasaki, and full complement of strong hitters.

They won the Central League championship for the first time in 38 years. After that, they beat the Seibu Lions in the Japan Series, which was said to be a longshot, and won the Japan championship, making the city of Yokohama more exciting.
In 2012, the parent company of the stadium was changed to DeNA, and the stadium has been successful in attracting many fans on game days.