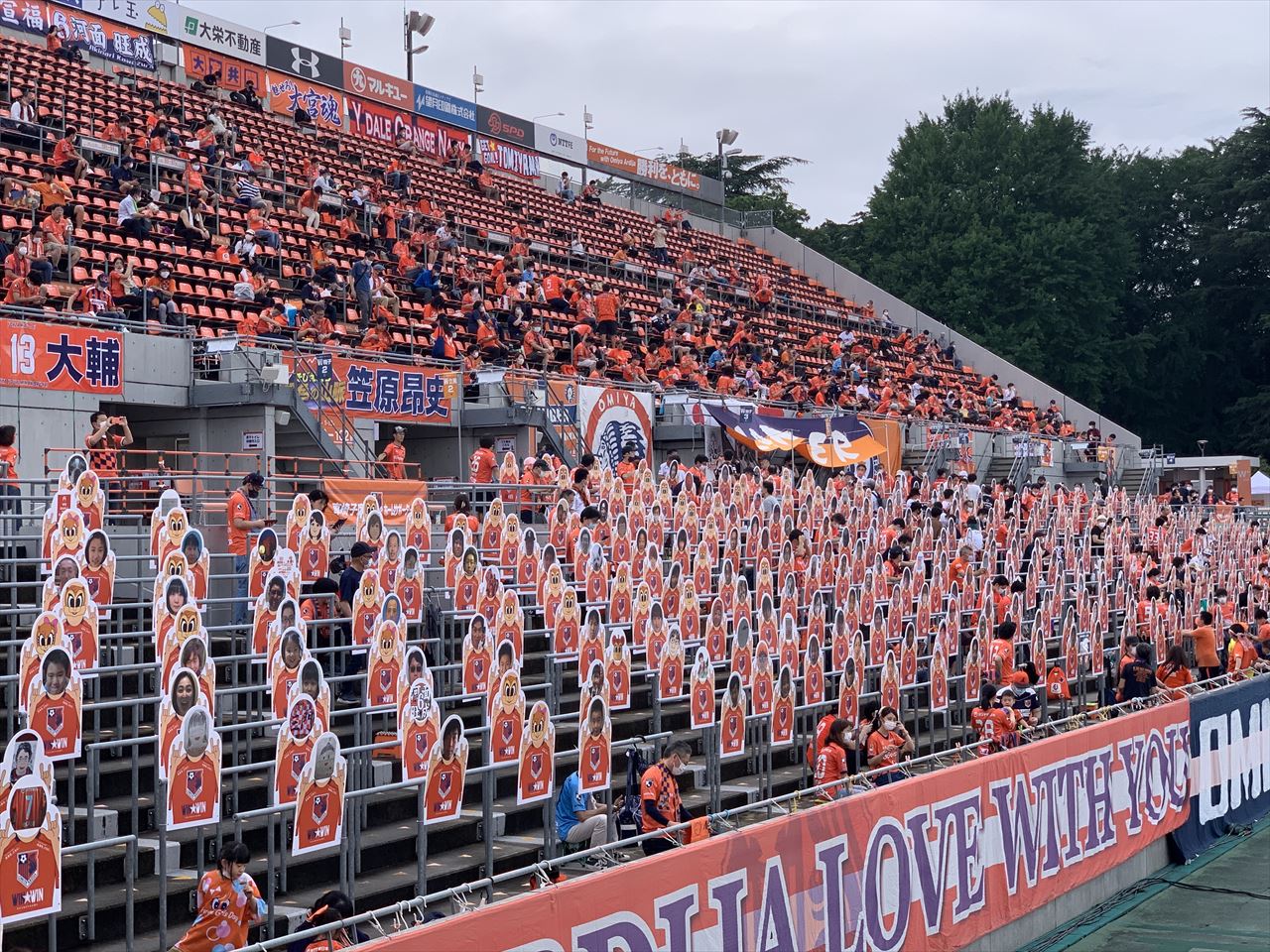 In July, professional sporting events in Japan will begin to be held in a more spectator-friendly style.
As sports fans already know, the first step is to hold the event with less than 5,000 spectators, and then half the capacity.

The global pandemic of coronavirus has changed our lives drastically from the beginning of this year to after April.

The coronavirus is still a familiar problem, and there is a great possibility that it will continue to affect our lives in the future.

This time, on July 11, we will be watching Omiya Ardija at NACK5 Stadium Omiya in Saitama City, Saitama Prefecture.

The gates opened at 17:00, so we arrived at the stadium at 16:45.
The NACK5 Stadium is located in Omiya Park, an area where other large facilities such as the Saitama Prefectural Omiya Park Baseball Stadium and Omiya Bicycle Racing Stadium are located.

The entrance gate to NACK5 Stadium is Gate 1, where the supporters behind the goal gather, and the line at Gate 1 goes halfway around the adjacent Saitama Prefectural Omiya Park Baseball Stadium.
The line was so long that you had to leave some space between the two gates.
So, if you want to be the first to go to the stadium in the future, the line itself will inevitably get longer. 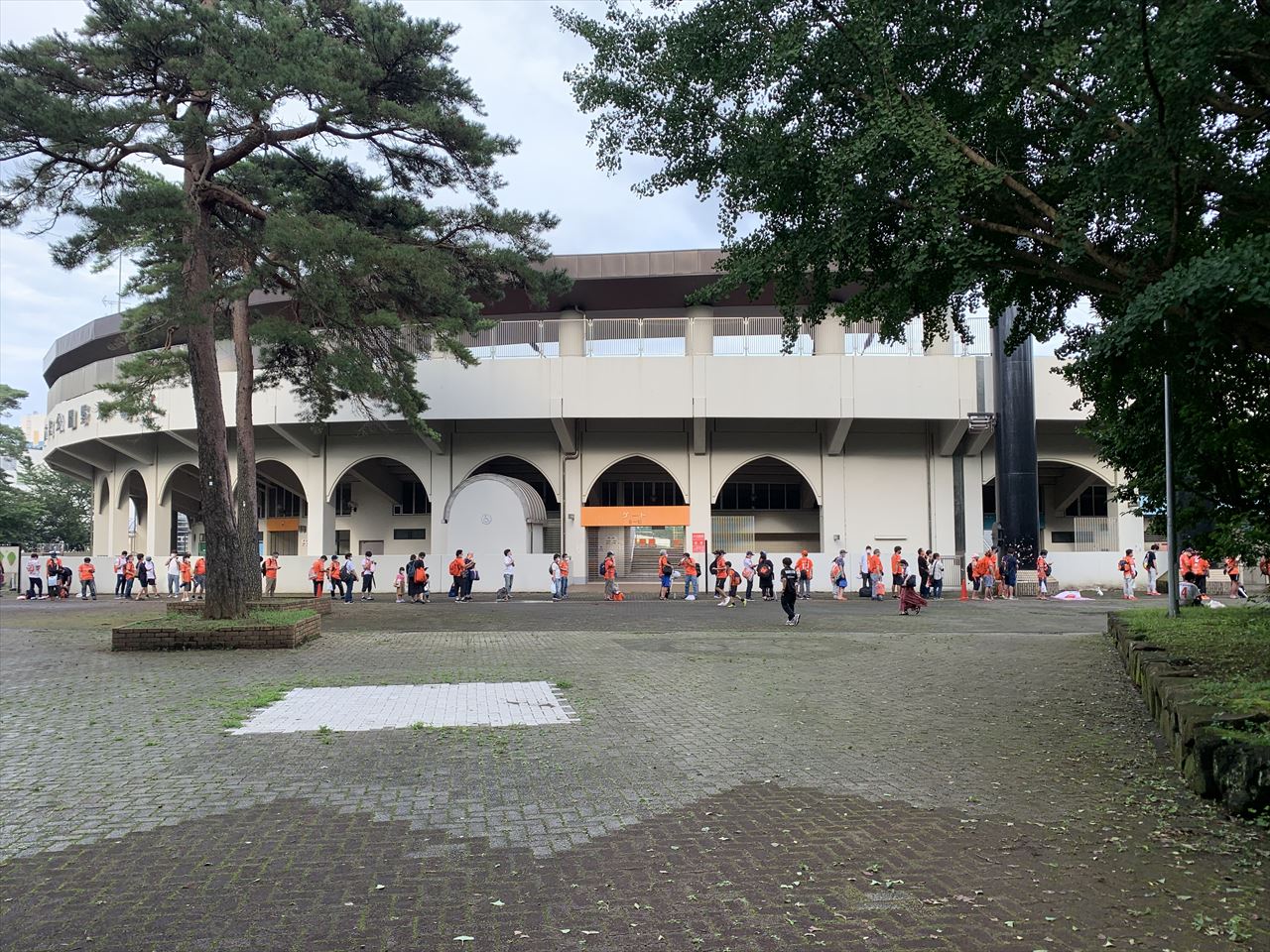 Now, it's 17:00, and the gates are open.
Each team may handle things differently, but in the case of Omiya Ardija 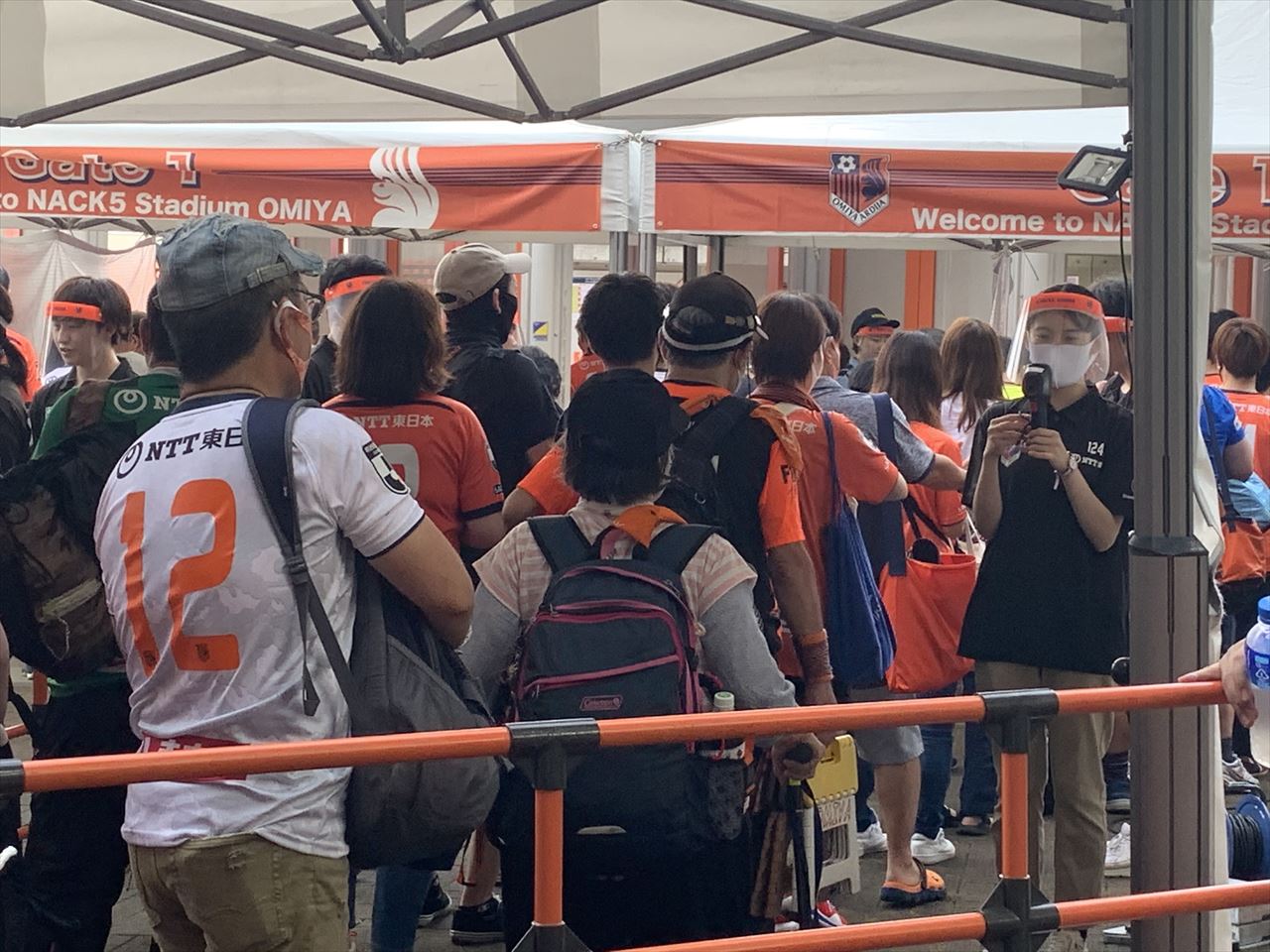 Have your ticket scanned at the entrance gate and enter the stadium.
It was announced on the website in advance that NACK5 Stadium has restricted movement.
On this day, I bought an Ardija seat ticket, so I had to enter from Gate 2, and the only area I could move in this area was the main stand side (seat types: Home Main SA, S, Ardija seat).
You cannot move to the area behind the goal or to the back stand side. 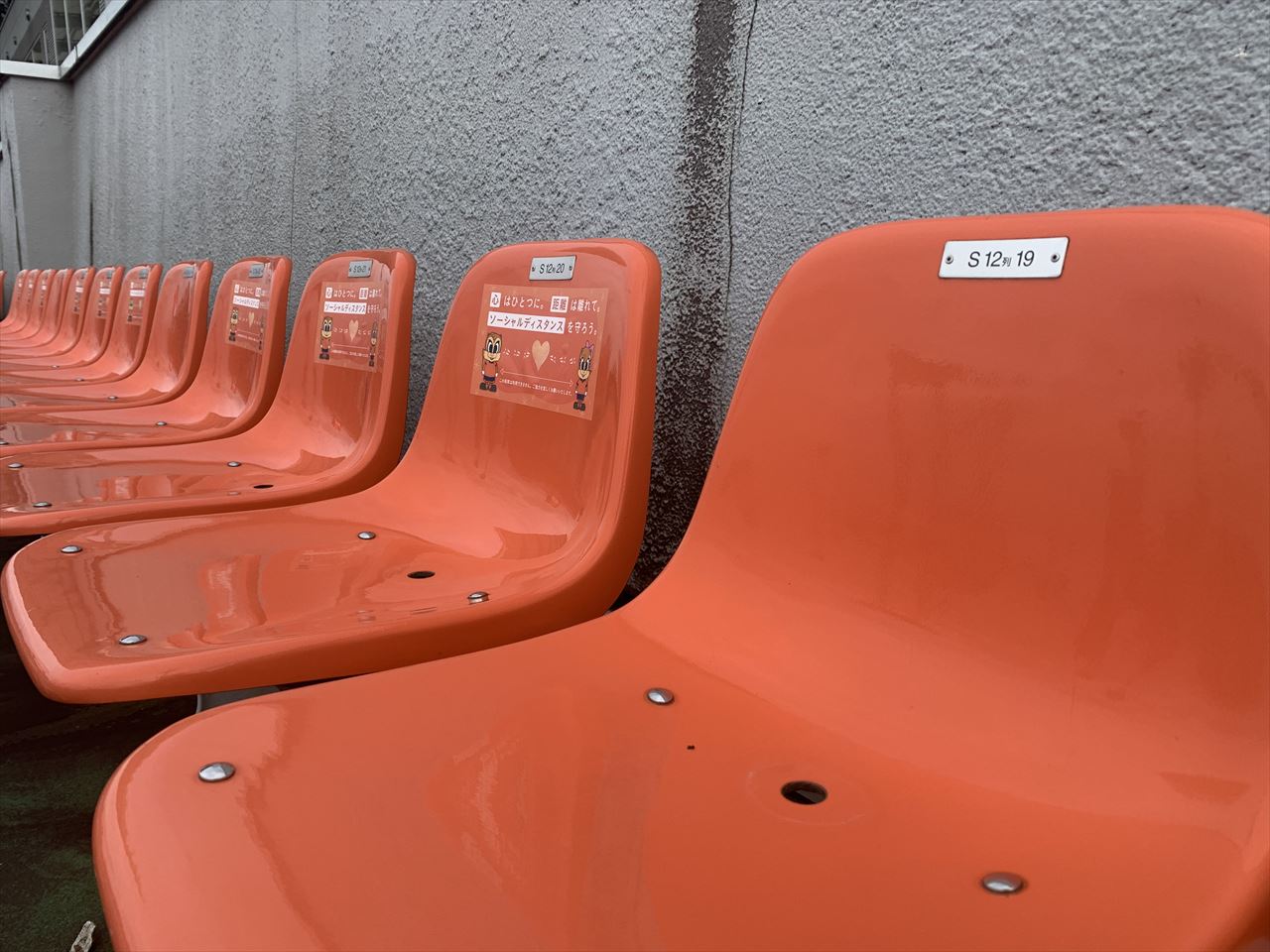 As for the concession stands, each team seems to handle it differently, but for this day's game at NACK5 Stadium, there was only one concession stand that was running in the main stand, and the only thing sold was soft drinks.

At NACK5 Stadium, supporter panels were set up on both sides behind the goal.
It was as if there were real supporters between them.
During the game, an announcement was made in the stadium that shouting and clapping were not allowed.

And then, kickoff.
The Ardija team took the lead early in the game.
The supporters clapped their hands in delight.

In the end, this was the only goal of the day, and Ardija went on to win.

In my personal opinion, if your goal is to get a good view of the game, if you can buy a ticket with seats that are easy to see, I thought it was very worth seeing.
In particular, I felt that hearing the sound from the field was one of the attractions of watching a game in a stadium.
During the game, the stadium will play some sound effects, but if we can make it so that all the fans in the stadium can feel the sounds of the field (players kicking, shouting, etc.), I think the new style of watching the game will be attractive enough.

I think there is still a lot of trial and error to be done.
I think the team is doing the best they can at this point in time to provide supporters with the best possible experience.

Unlike in the past, it is difficult to join hands with friends in the stadium and support the team, but I hope that all sports lovers can find an approach that can give strength to the team and players they support, little by little, even in this situation.