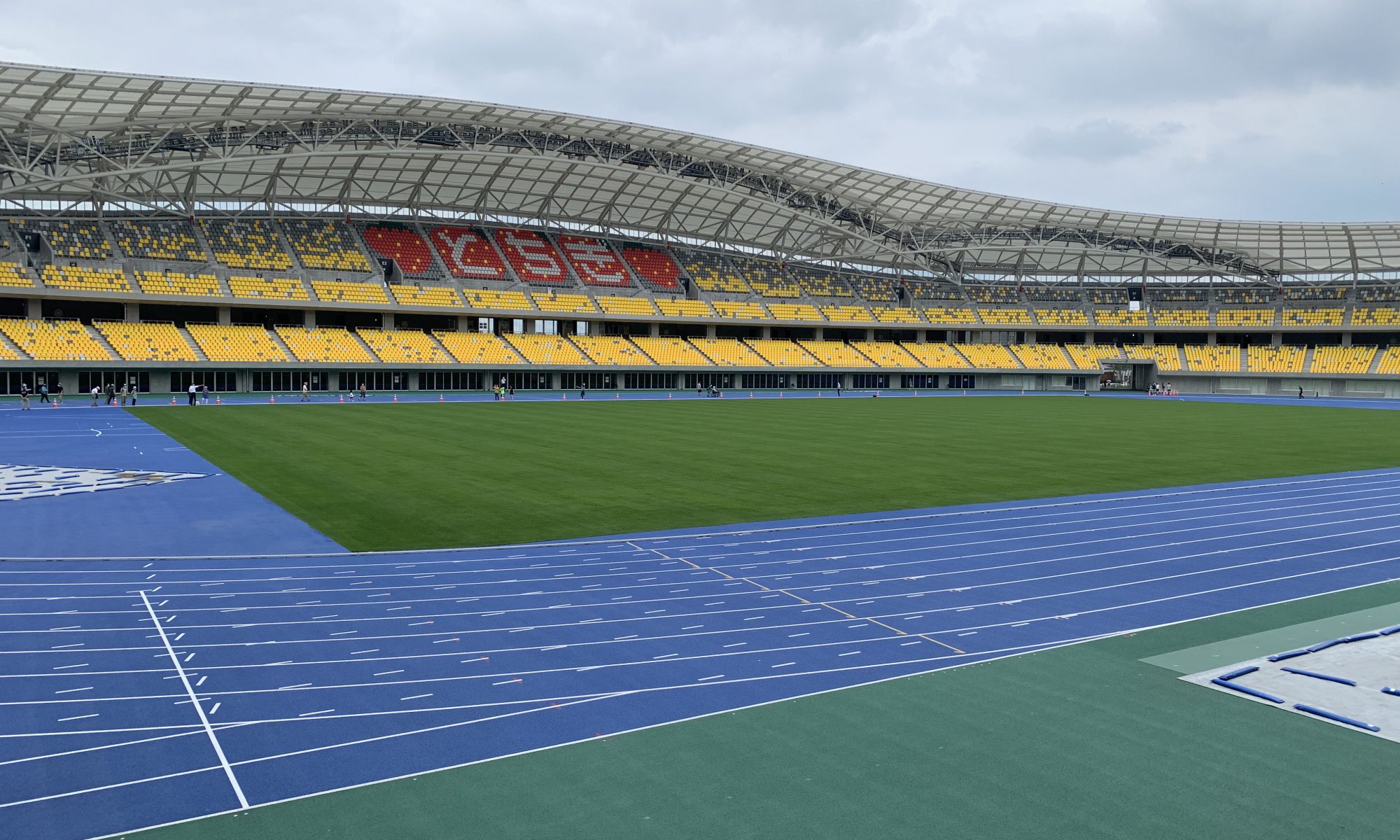 Kanseki Stadium Tochigi, which will be used as the main stadium for the Ichigo Ikkai Tochigi National Athletic Meet in 2022, was completed in 2020, but due to the new coronavirus, the scheduled J-League matches and other events were not held at this venue, so a ceremony was held in July to commemorate its completion.

After the ceremony, on July 24, we were allowed to enter the stadium for a preview, so we were able to see the inside of the stadium. 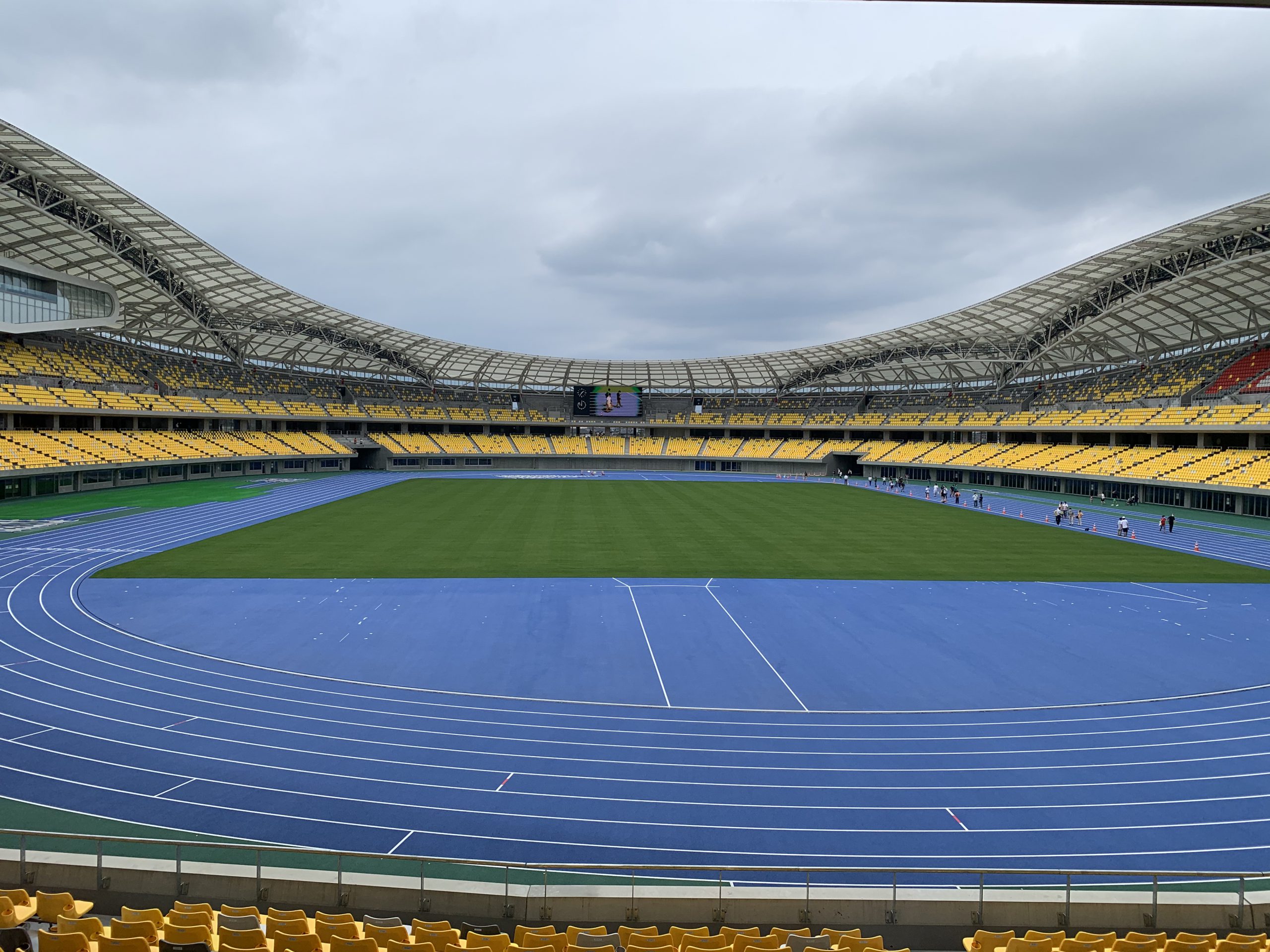 The height of the first floor stands and the field

The stadium will be used for games such as FC Tochigi.
In soccer, when there is a track, the distance to the field becomes longer.
Kanseki Stadium Tochigi also has a track, but the stands and field level are about two meters high.
The stands behind the goals are quite far from the field, so it would be better to avoid the front rows, but you can still feel the players close at the side. 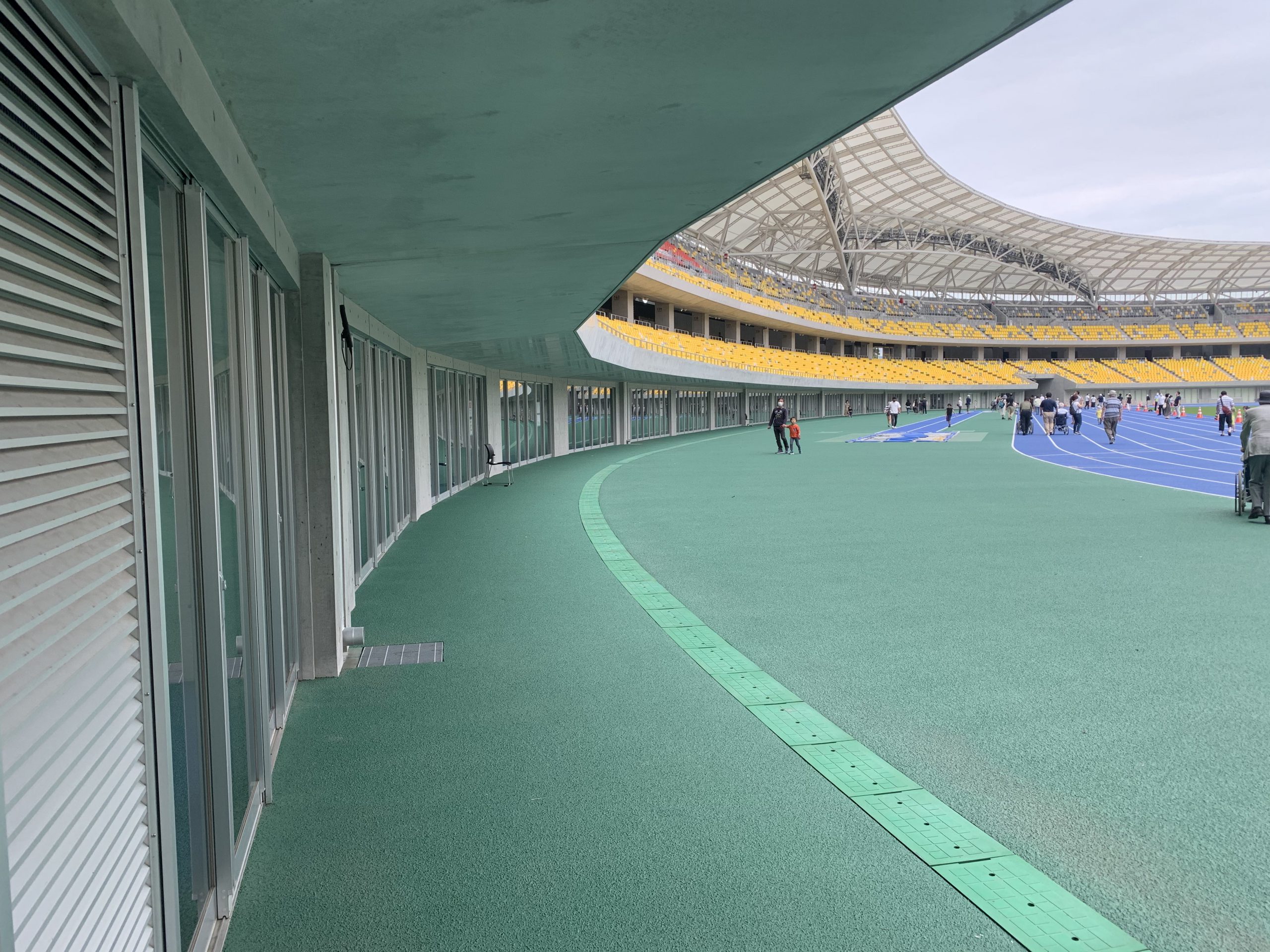 The party seats are located at the end of sections 111 to 114 on the first floor. These seats can seat up to six people, and are equipped with tables so that you can enjoy watching the game while eating and drinking with your friends. 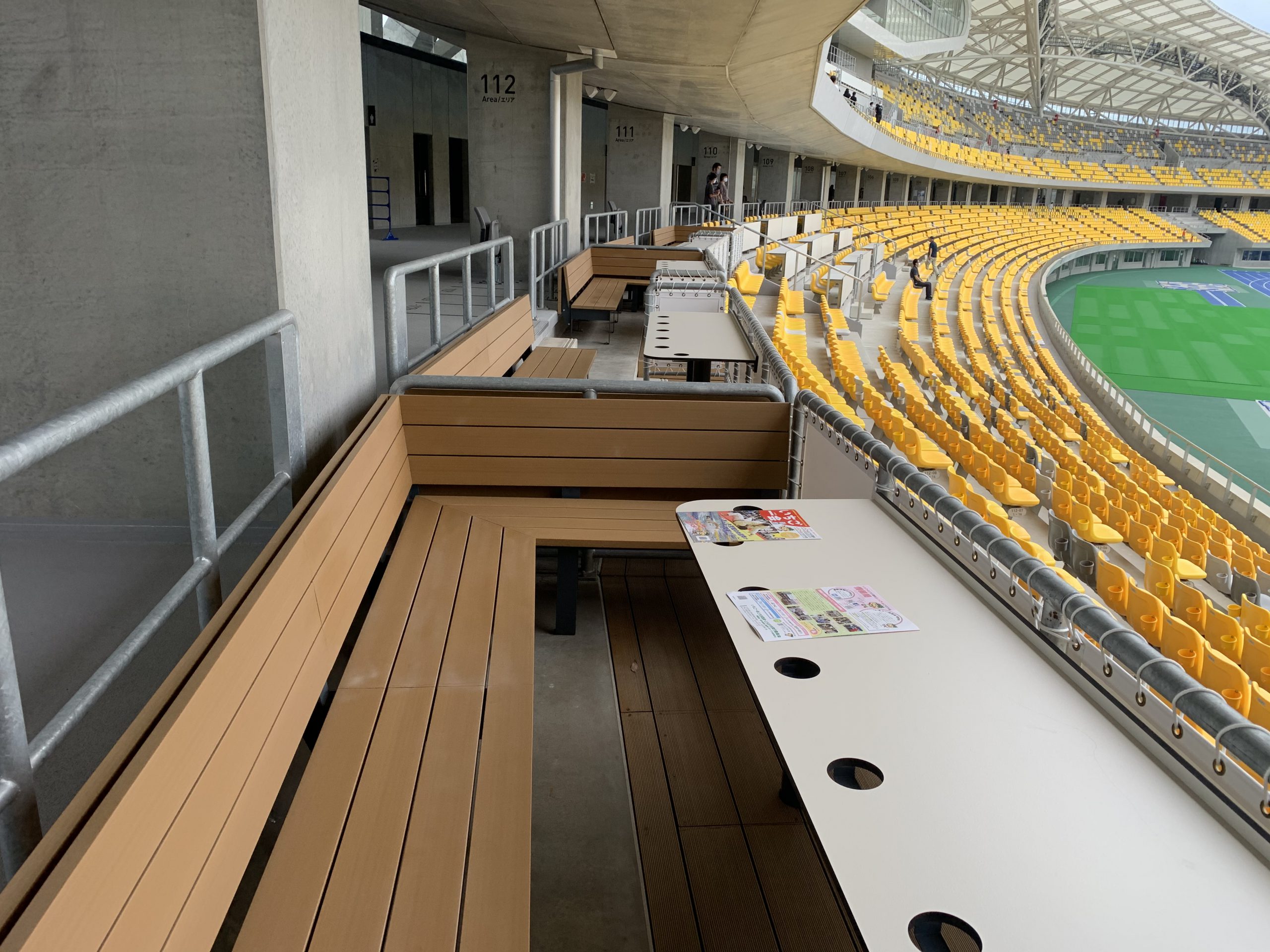 Located in sections 109-111 are the table seats.
These are seats with a table in front of the seat.
These seats are like an area for media people to sit during interviews. 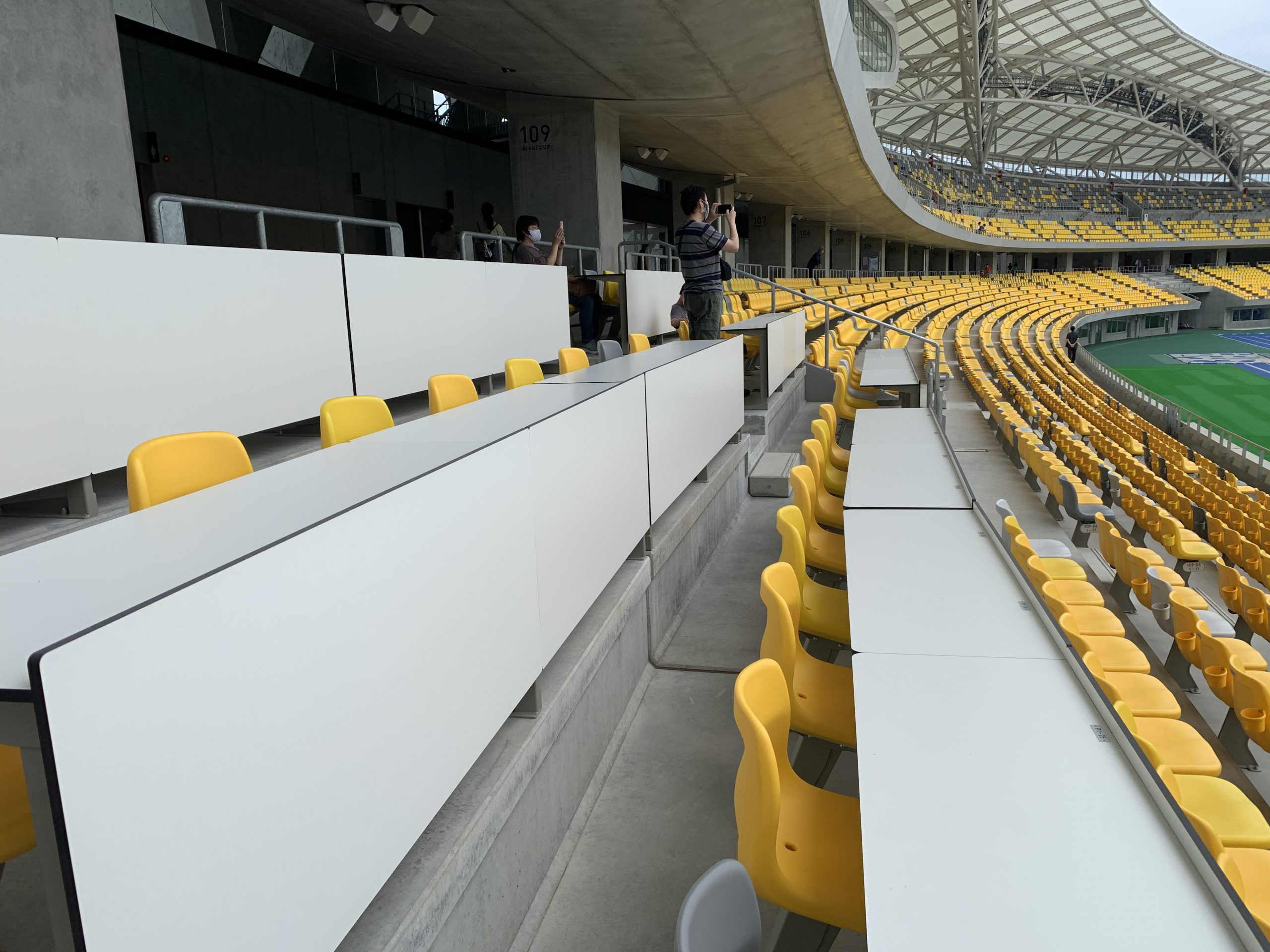 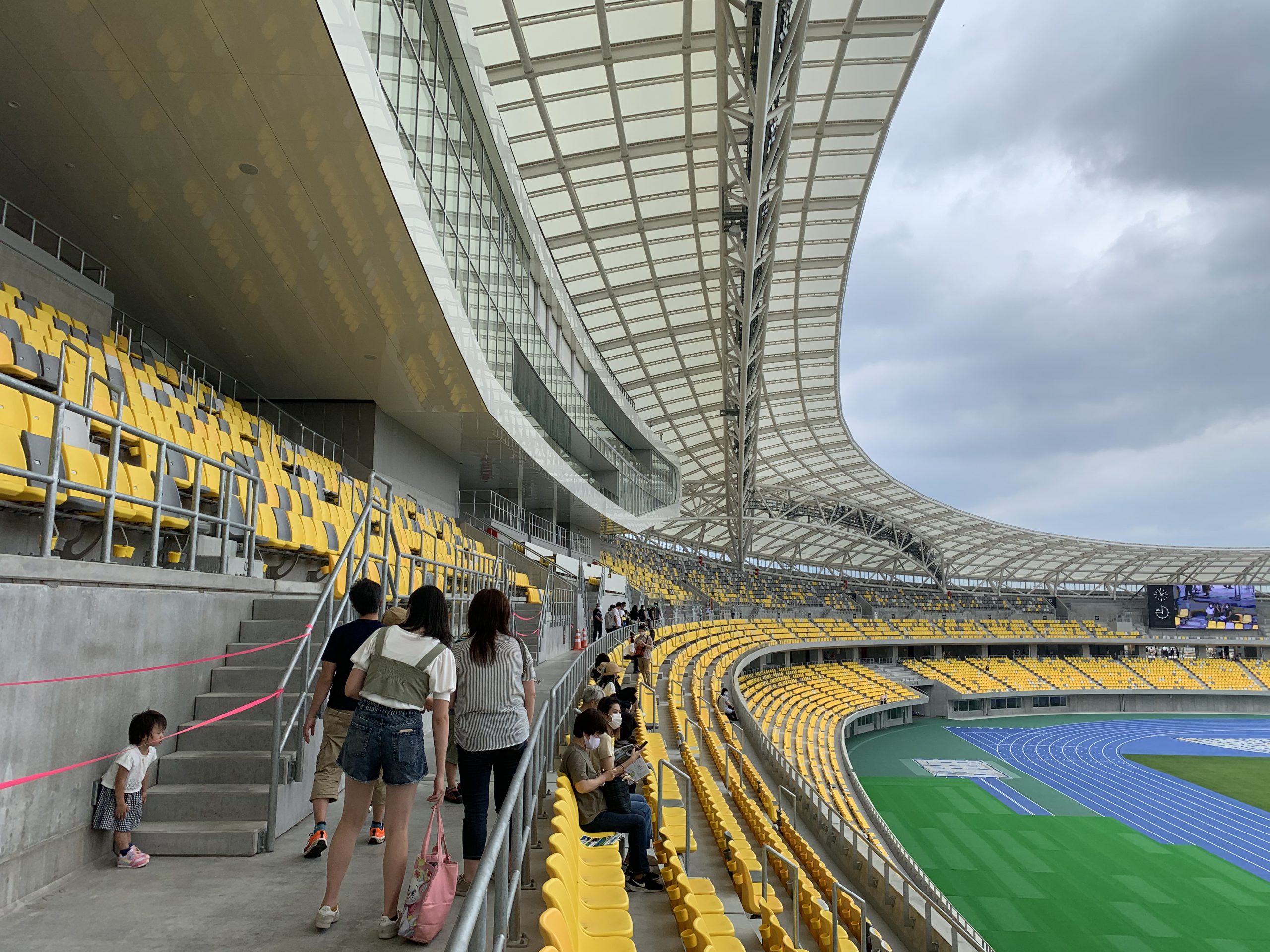 Even on the second floor, the back row has a certain amount of stairs to climb, so if you have bad legs, you may not want to do this. 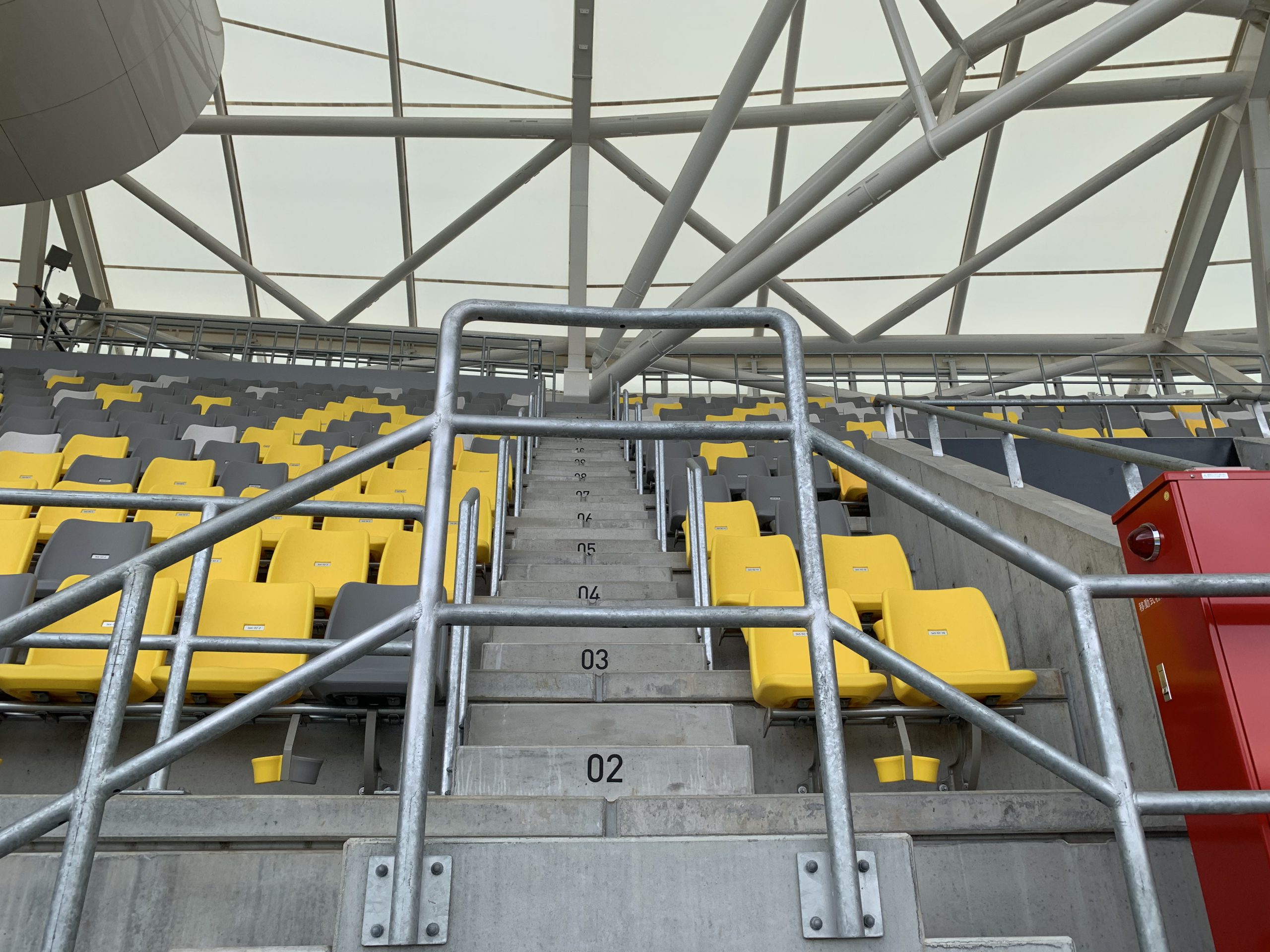 TKC Strawberry Arena is a gymnasium located in Kanuma, Tochigi Prefecture, and is one of the venues where the B-League's Utsunomiya Brexit team plays its official games. Getting to …

END_OF_DOCUMENT_TOKEN_TO_BE_REPLACED

Utsunomiya Kiyohara Baseball Stadium is a baseball stadium located in Utsunomiya City, Tochigi Prefecture. It is one of the stadiums where the Tochigi Golden Braves of the BC Leagu …

END_OF_DOCUMENT_TOKEN_TO_BE_REPLACED

Nikko Kirifuri Ice Arena is a skating rink located in Nikko City, Tochigi Prefecture. It is the home of the Nikko Ice Bucks. It is open to the public for skating except on Ice Buck …

END_OF_DOCUMENT_TOKEN_TO_BE_REPLACED

Twin Ring Motegi is a circuit located in Tochigi Prefecture. The circuit hosts the SUPER GT and the Japanese Grand Prix motorcycle races. Getting to the Circuit On weekends and hol …