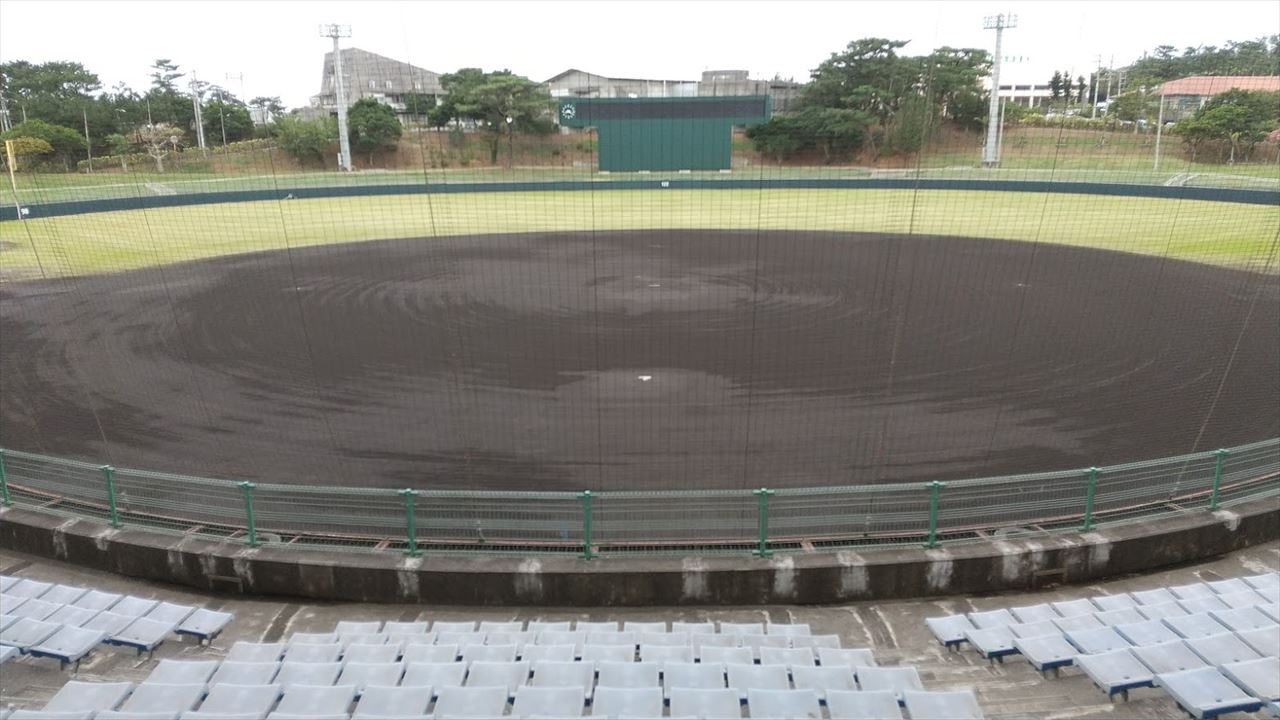 Kariyushi Hotels Ballpark Ginosa is a baseball stadium located in Ginosason.
This is where the Hanshin Tigers hold their spring training camp.

The stadium is located in the Ginosa Village Sports Park, which includes a baseball field, athletic field, and the Ginosa Dome.

The location of Kariyushi Hotels Ballpark Ginosa is about 60 kilometers from the Naha Airport area, which is about an hour to an hour and a half drive away.
Although there is a bus service from Naha Airport to the Ginosa IC, there are almost no hotels around the ballpark, so you basically have to think about accessing the ballpark mainly by car.
For a popular team like the Hanshin Tigers, congestion is to be expected, but the park has a parking lot with 400 cars, so please check the team's website for the parking area when the camp is held.

Kariyushi Hotels Ballpark Ginosa has an area behind the back net that is covered. 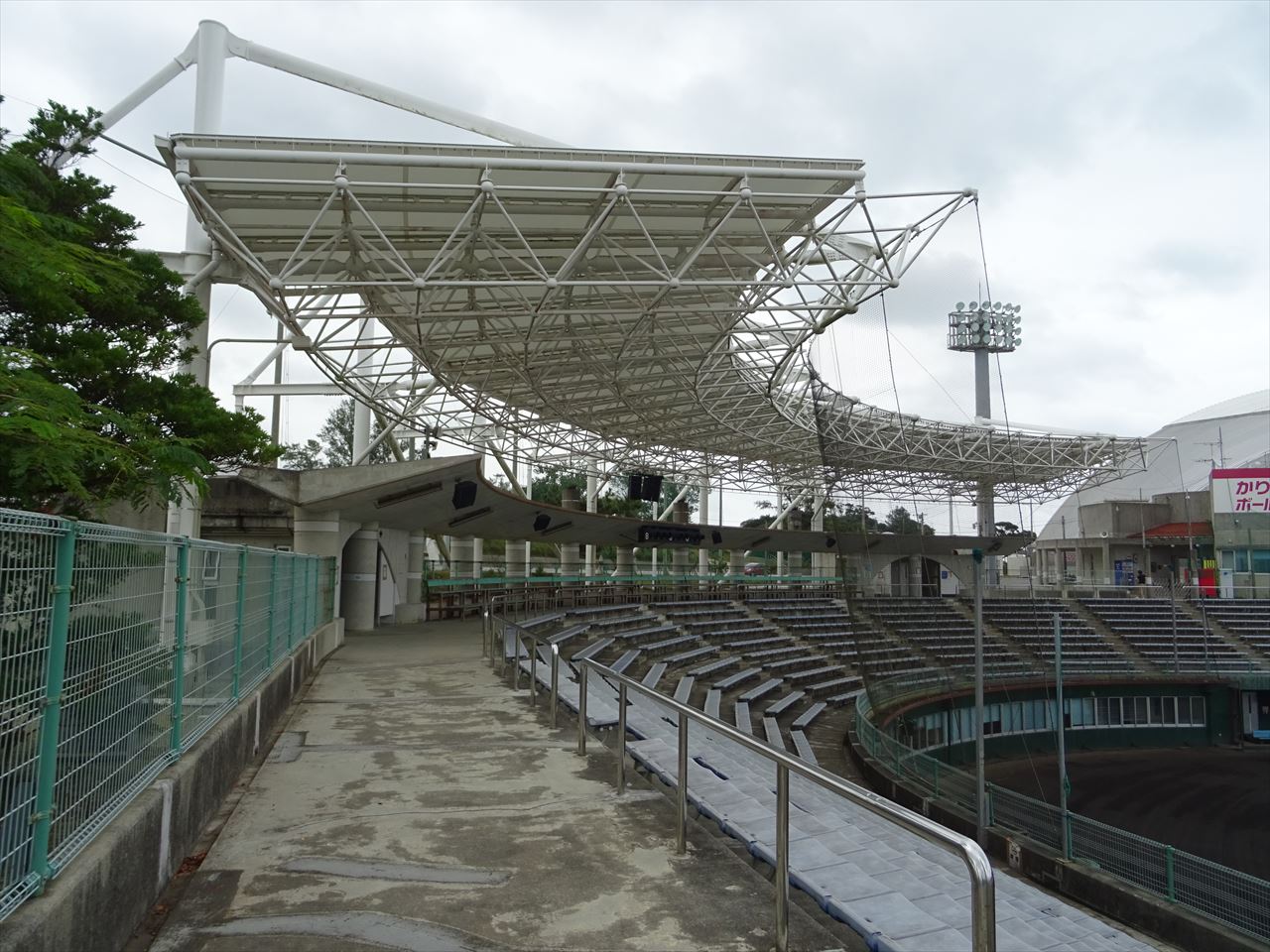 In the infield area, there are no backrests, but the seats are separated by one seat and one seat. 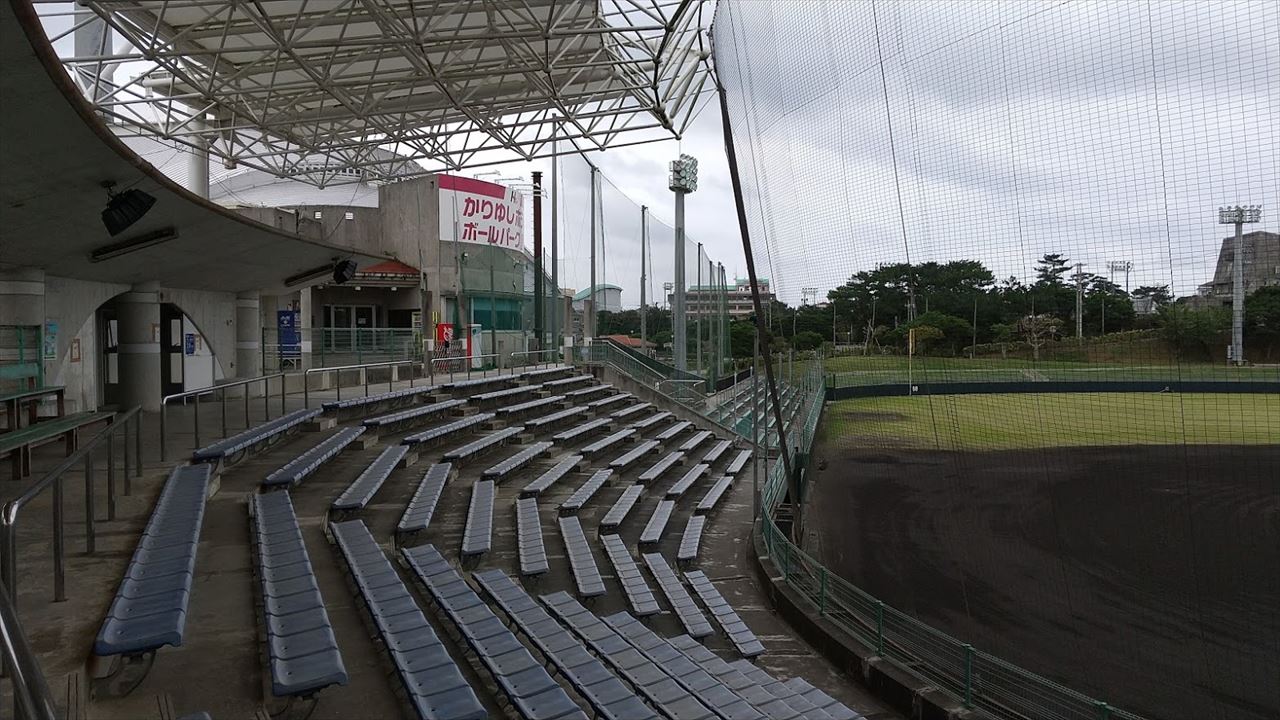 If the area is on the outfield side of the base, it will be a bench seat. 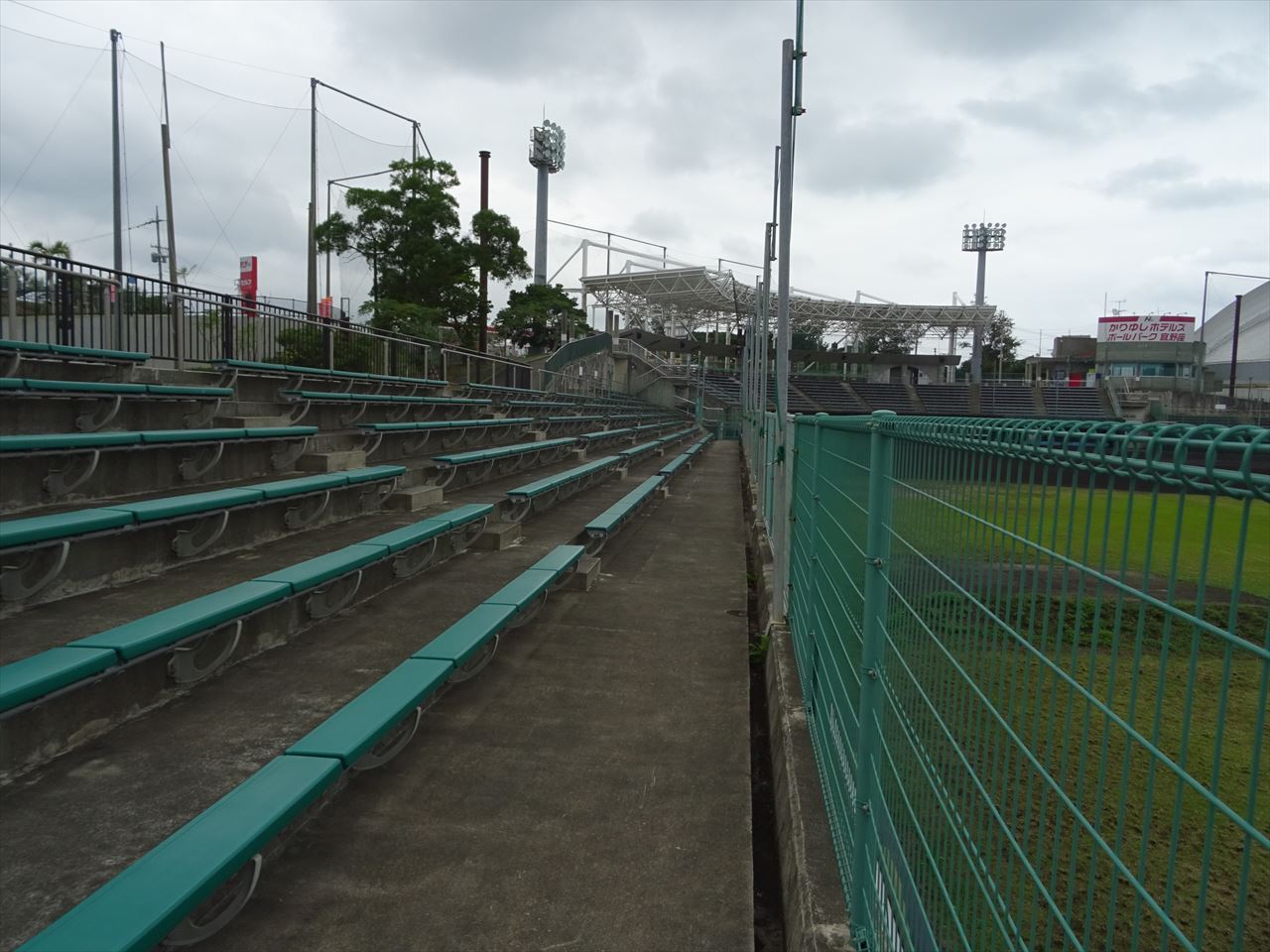