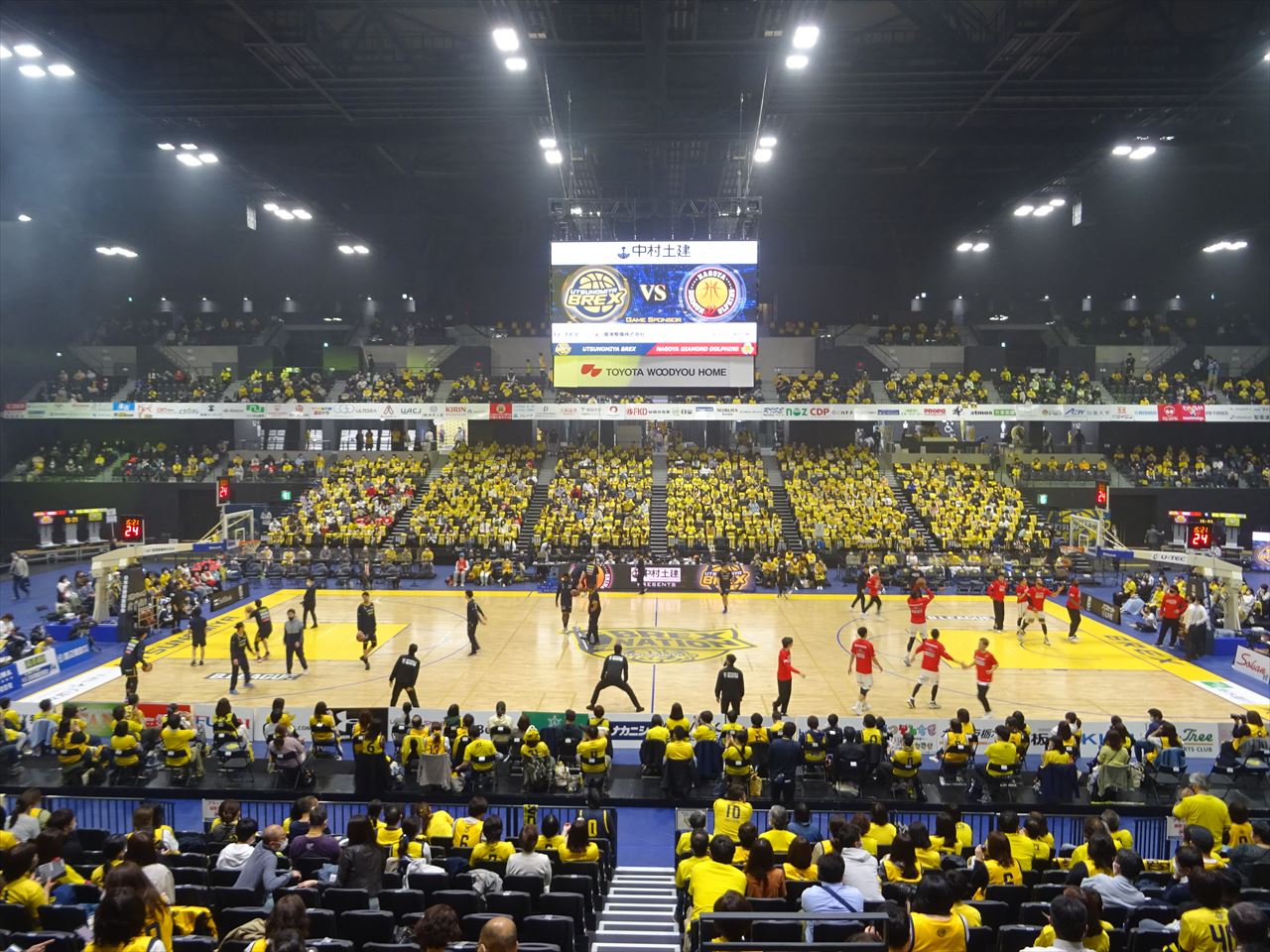 The new arena "Nikkan Arena Tochigi" was completed in the Tochigi Prefectural Sports Park. The opening event of the new arena was a game of the B League's Utsunomiya Brex.

For this Brex game, free shuttle buses between JR Suzumenomiya Station and the arena were running every 20 to 30 minutes from 12:10 p.m. to the start of the game at 3 p.m. After the game, there were shuttle buses running from 5:30 p.m. to 6:30 p.m.

The doors opened two hours prior to tip-off for fan club members and one and a half hours prior for general fans.

One disadvantage of multipurpose arenas in Japan is that they lack the heat and intensity of a professional game due to the layout of the seating. Especially in this game, the space around the court was kind of empty, lacking in intensity and oneness between players and fans compared to the Brex Arena, the home of the Brex. If the arena hopes to hold more B-League games at this Nikkan Arena Tochigi in the future, they may need to rethink the seating layout that allows fans to get closer to the game. 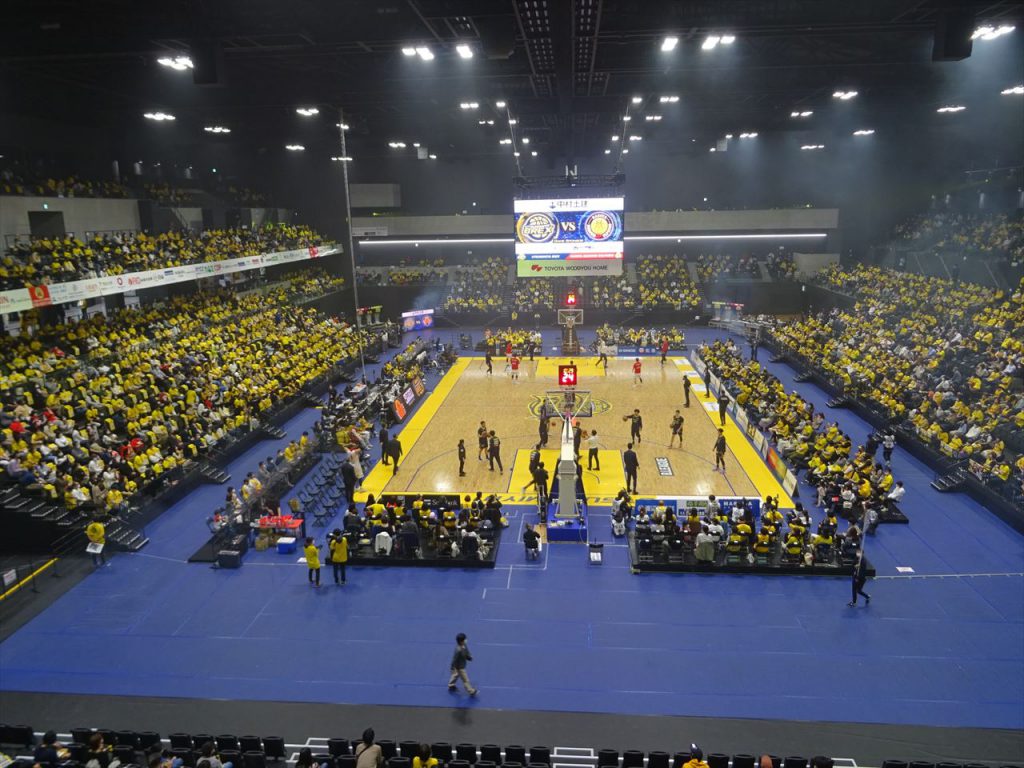 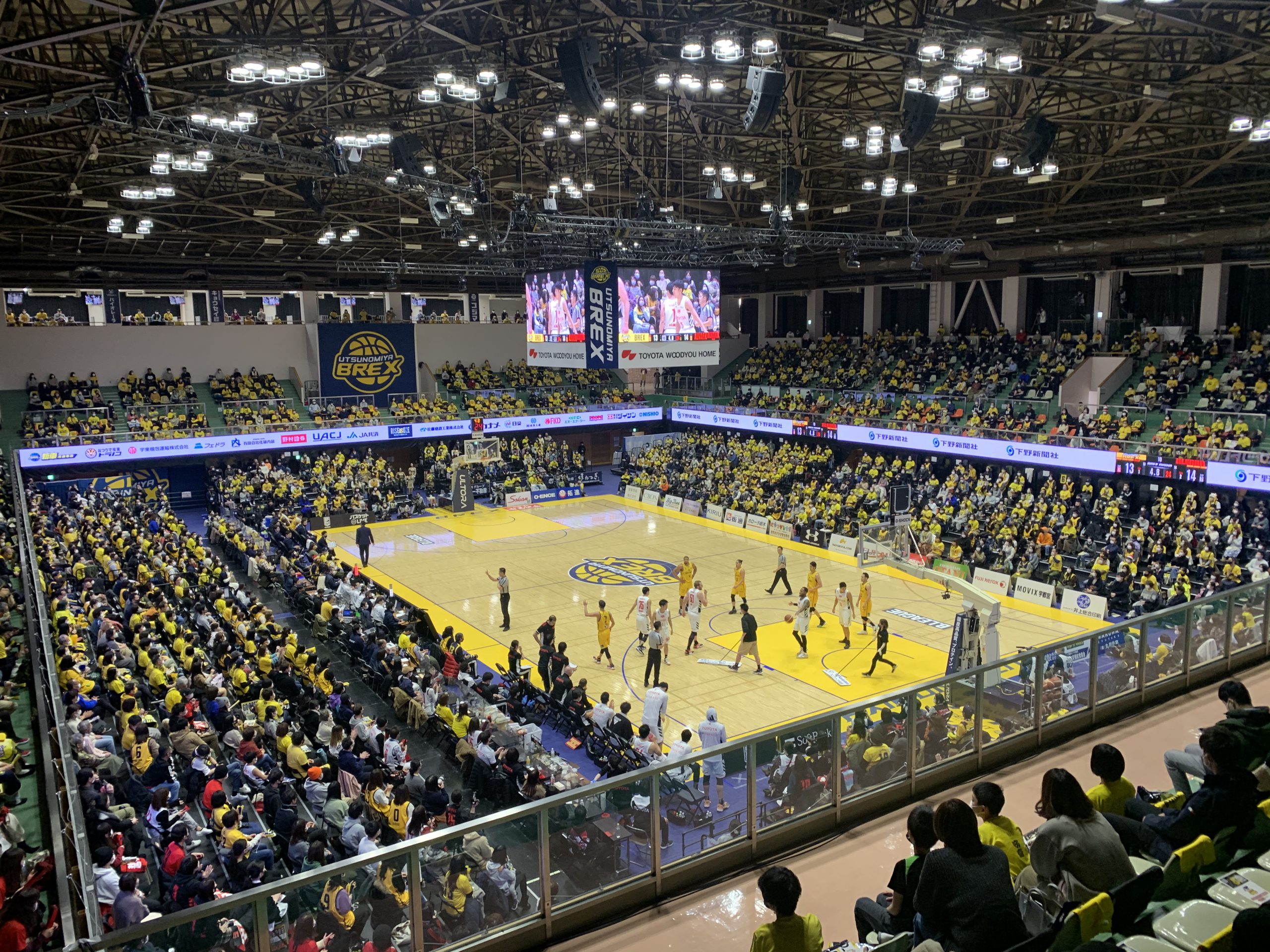 END_OF_DOCUMENT_TOKEN_TO_BE_REPLACED

Tochigi Prefectural Sports Park Baseball Stadium is a baseball stadium located in Tochigi Sports Park. The Tochigi Golden Braves of the BC League play their home games there. Getti …

END_OF_DOCUMENT_TOKEN_TO_BE_REPLACED

Kanseki Stadium Tochigi is a new stadium built in 2020 in Utsunomiya City, Tochigi Prefecture. It is the home of the J-League team, "Tochigi SC." It will be the main stadium for th …