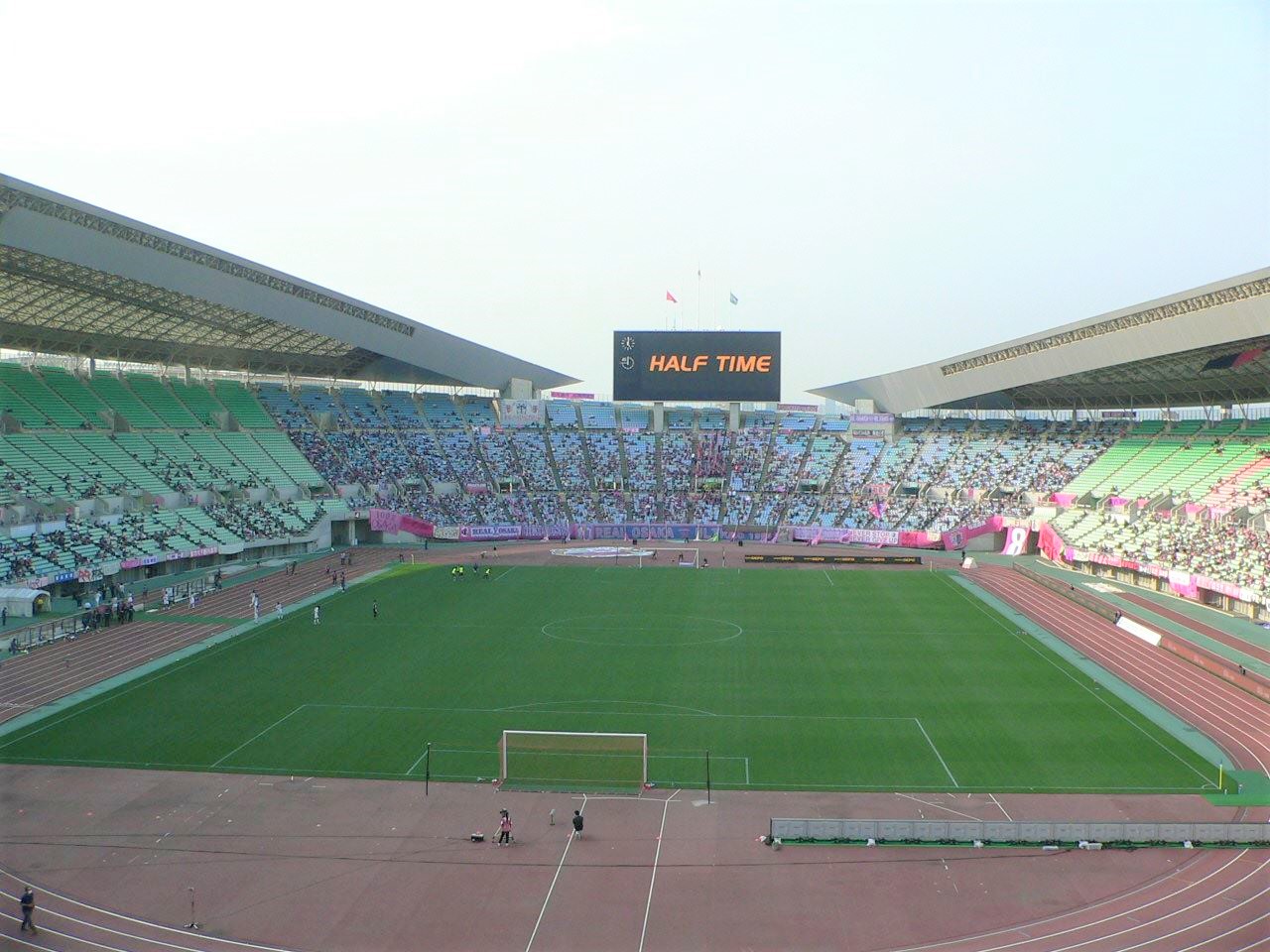 From Osaka Umeda Station on the Midosuji Subway Line to Nagai Station will take about 20-25 minutes. 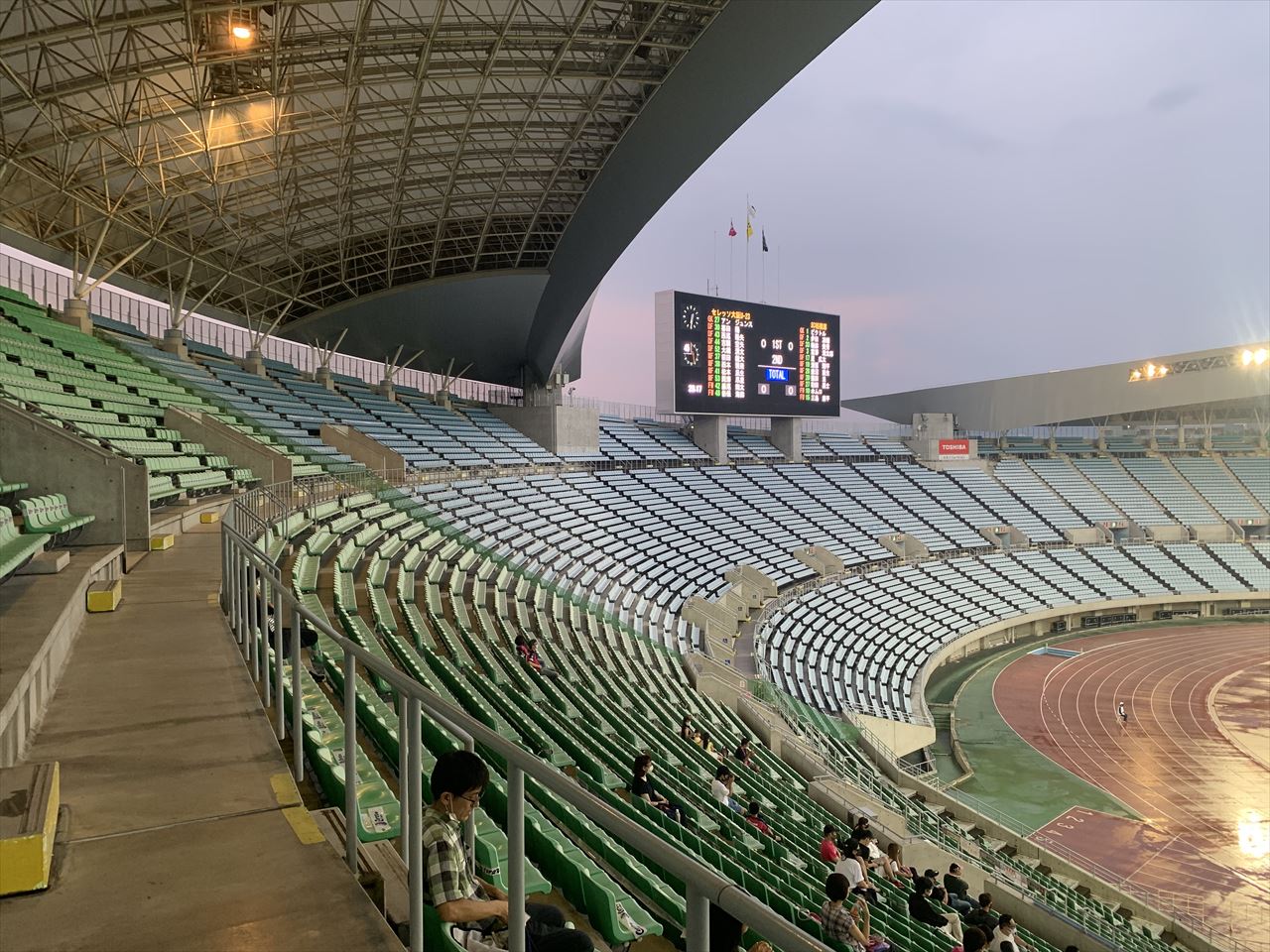 Yanmar Stadium (Osaka City Nagai Athletic Field) is an athletic field-type soccer stadium. Therefore, you may not feel the intensity of the game as much when you sit in the front. If that is the case, it might be better to have a view of the entire pitch from the middle or upper rows of the seating area. The seating area in this stadium is roughly 60 rows on one level.

The seating is a single-level stadium. Basically, there are 56 rows of seats, with aisles behind rows 13 and 36. 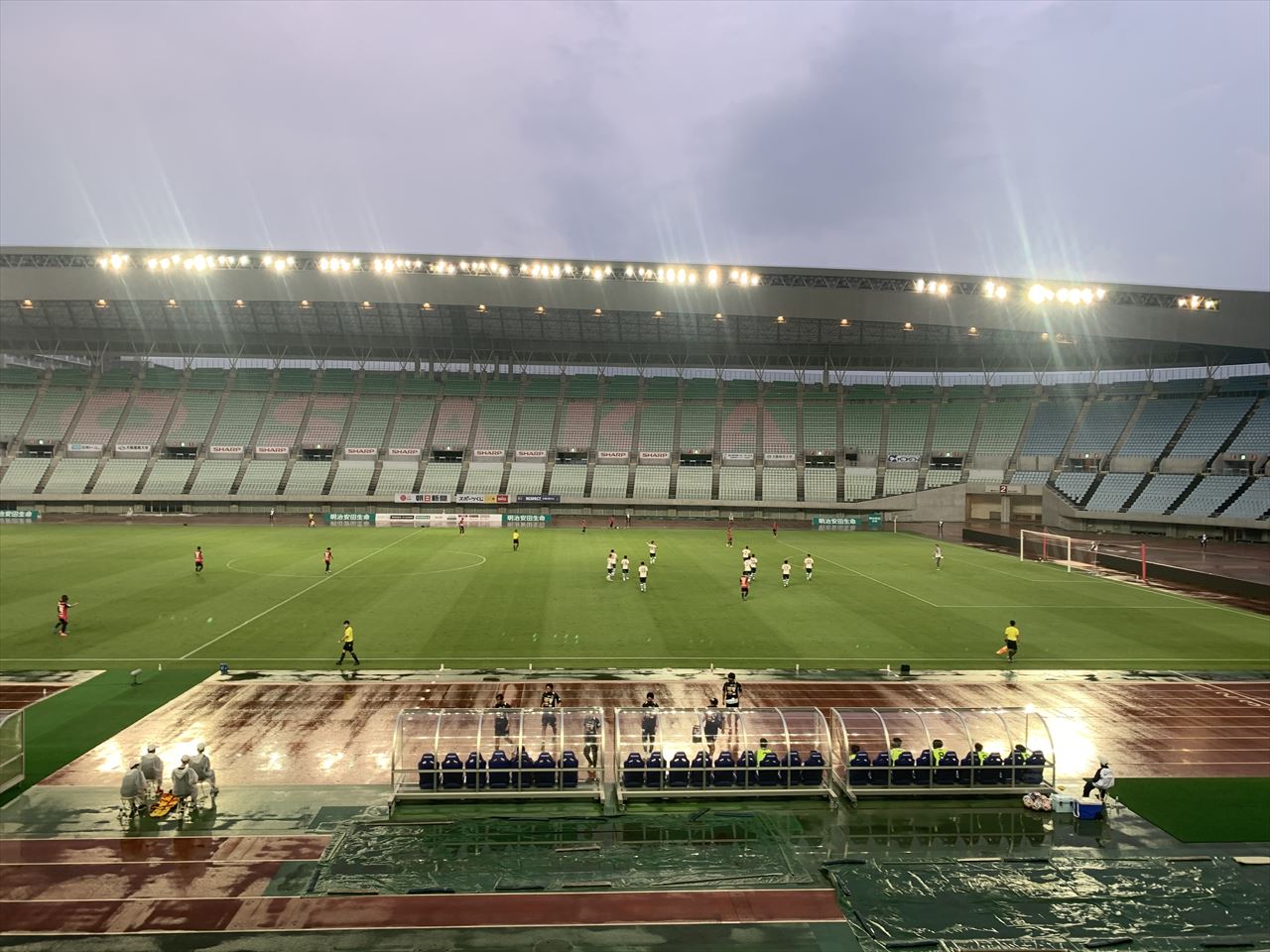 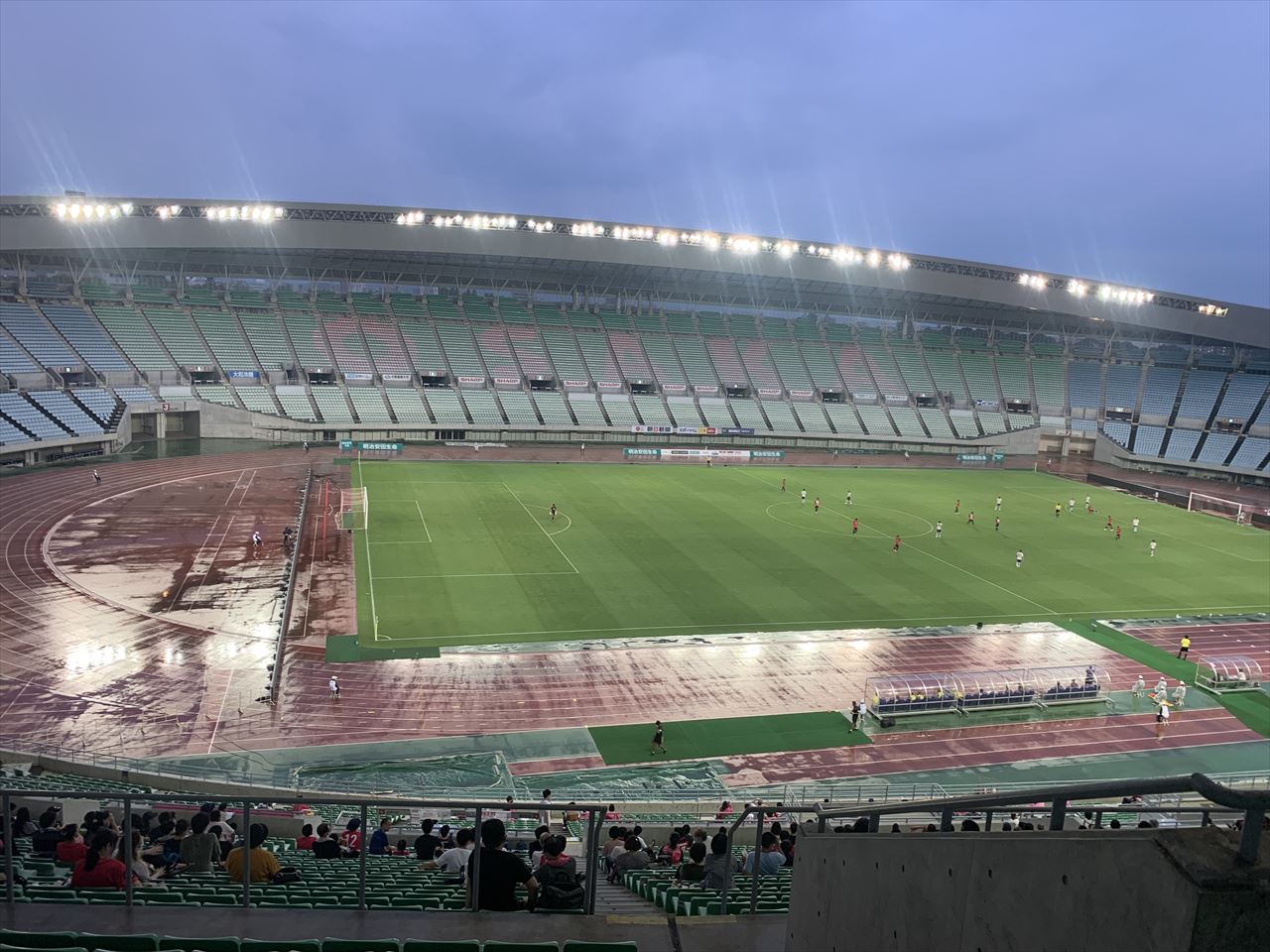 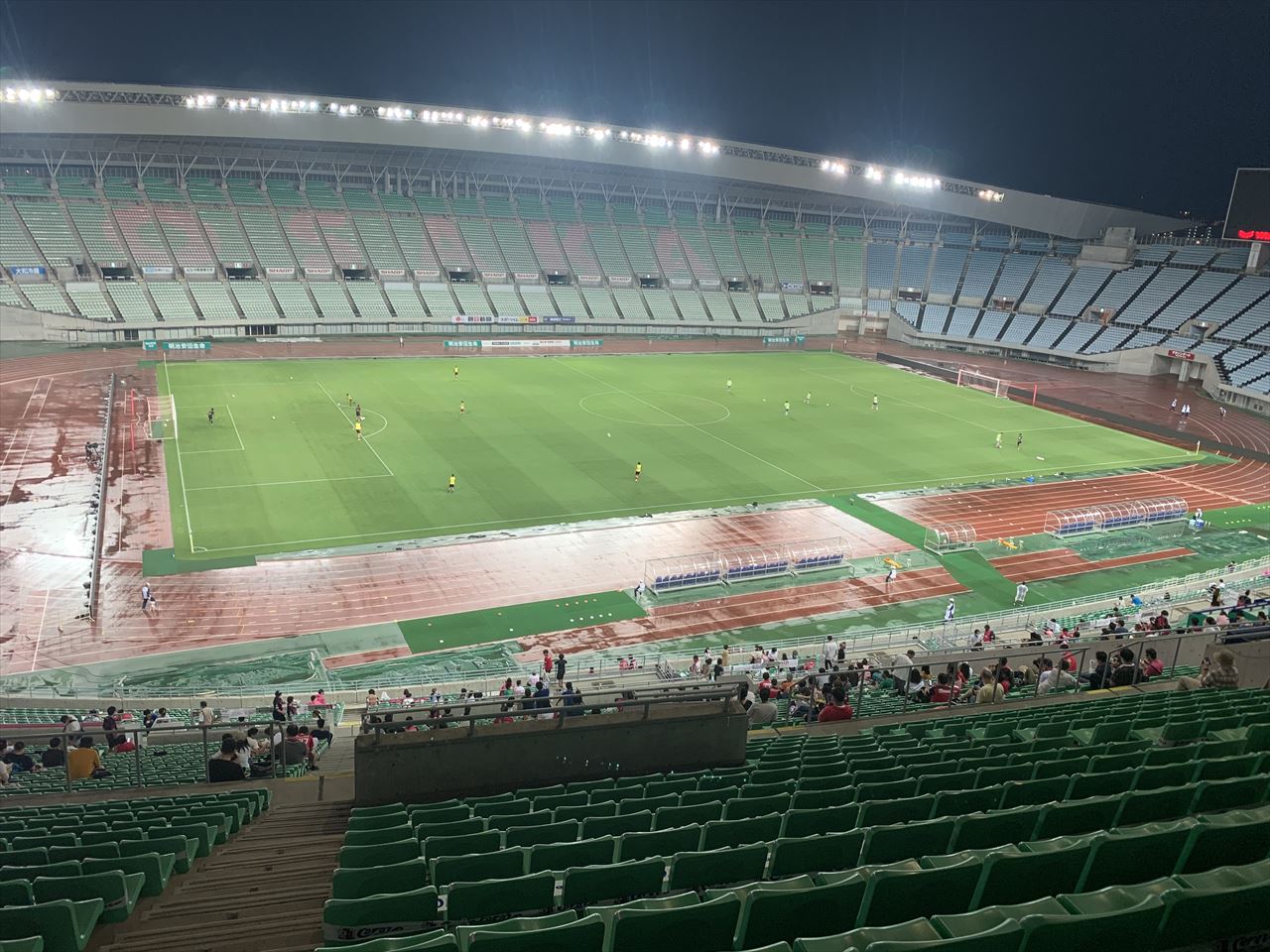 Basically, the side field seating area is covered by a roof behind row 37. If you want to avoid the rain a little bit, you might want to get a seat in the row behind row 37. However, there is a gap at the end of the row as shown in the photo, so depending on the wind direction and the amount of rain, the rain may blow in, and you may get wet in rows 50 to 56. 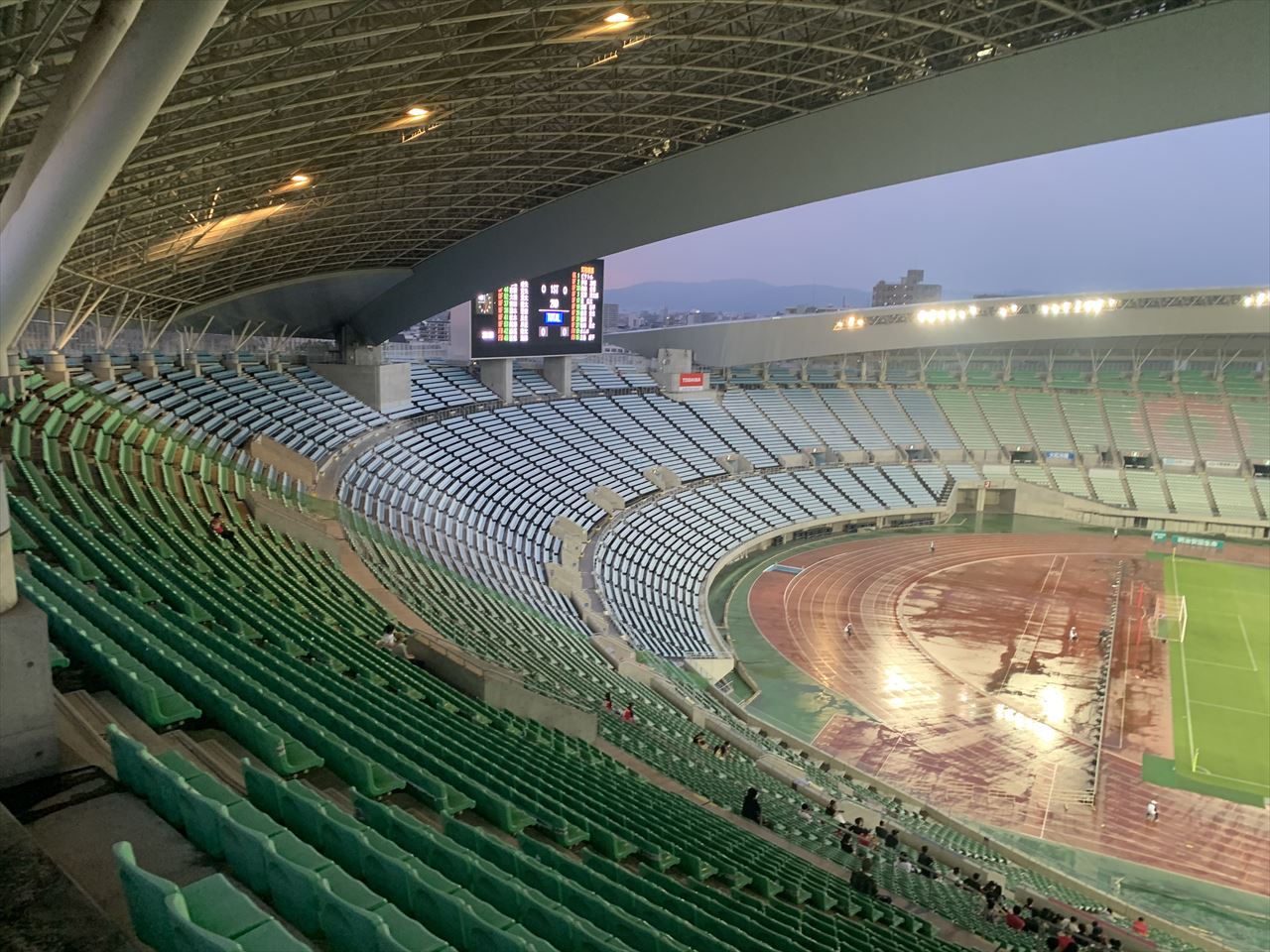 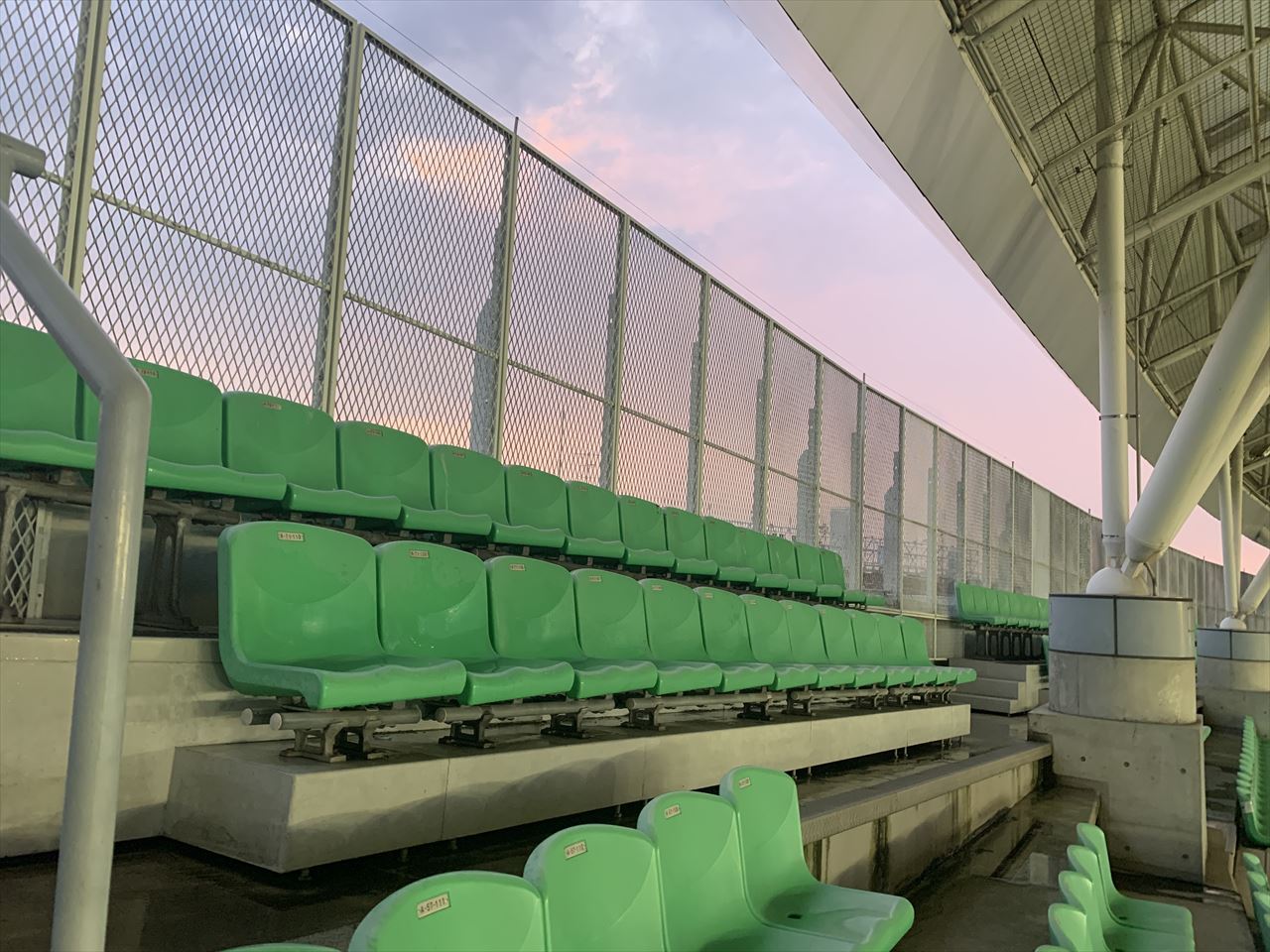