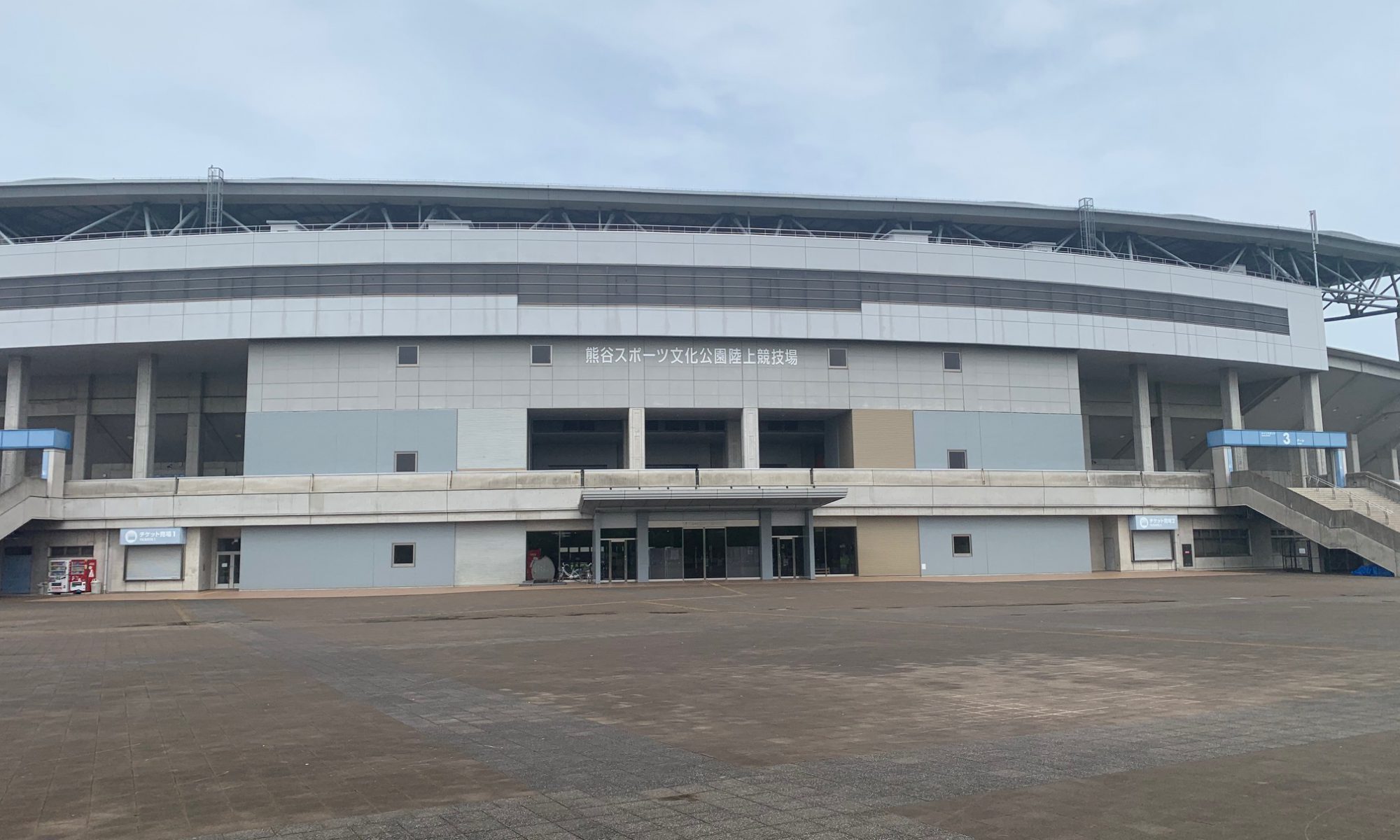 Kumagaya Athletic Stadium is located in the Kumagaya Sports and Culture Park, which was built on the site of the Saitama Exposition.
Here, the Omiya Ardija of the J-League sometimes hold a few home matches a year. 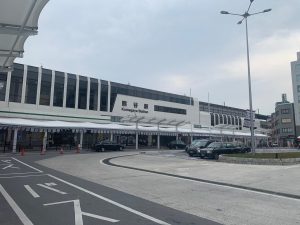 If you are coming from far away by train, the nearest station is Kumagaya Station. Kumagaya Station is served by the Shinkansen bullet train, limited express trains, the Takasaki Line, and the Shonan Line.

Get off at this station and go out the north exit.
Basically, on days when there is a game, there is a shuttle bus that leaves from Kumagaya Station.
This bus is the most common way to get there.
From the station to the stadium, there is a single road, but the 4 km walk here is somewhat strenuous, especially on bad weather days. Please make your decision based on the weather and the shuttle bus service on the day.

About the bus stop 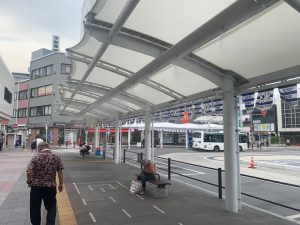 On the day of the game, the staff will guide you where to take the shuttle bus, so please follow the instructions. Basically, Kumagaya Station has a north exit and a south exit, but there are no buses except for the north exit, so you should go to the north exit anyway.

If you want to go to the stadium only on days when there is no game, go out the north exit and take bus No. 3, which is bound for Kumagaya Dome or Kumagaya Culture and Sports Park.

Many events in Japan allow re-entry, but it depends on the event.
Kumagaya Rugby Stadium may also depend on the event, so please check the event you will be watching.
*Events such as the Japan vs. South Africa game were not allowed to re-enter.

On Gameday, there is a zone where you can buy food and drinks after entering the venue.

In the Kumagaya Cultural Sports Park, there is Kumagaya Rugby Stadium where the Rugby World Cup was held in 2019. 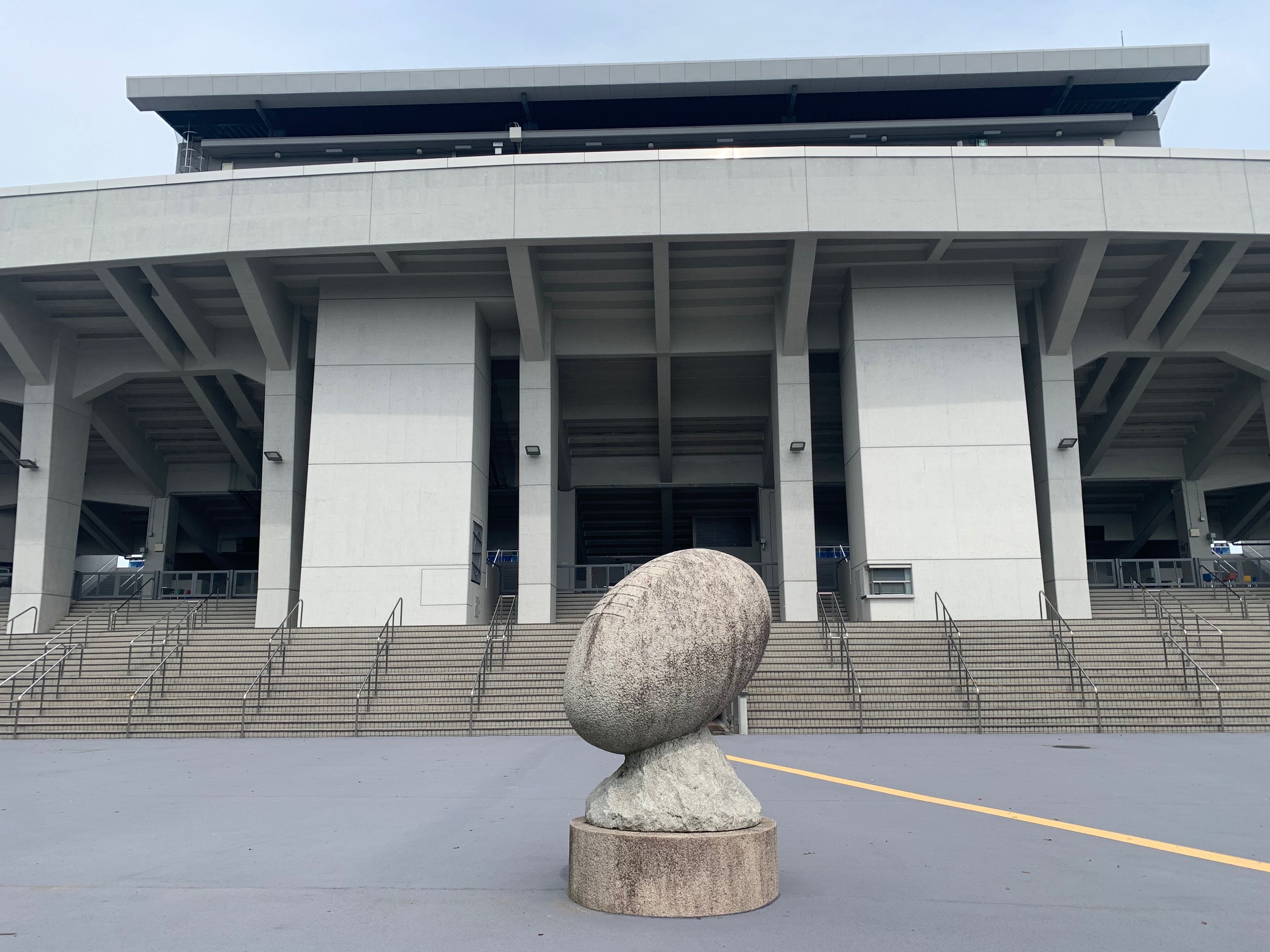 A store called "Cap Rugger's CLUBHOUSE KUMAGAYA" will open at the Kumagaya Rugby Ground in June 2020.

It will sell rugby equipment, etc., and will also serve food and drink in a cafe-like style.

Due to the effects of the coronavirus, it seems that food and drink cannot be served inside the store for the time being, but you can see inside the stadium from this store, so if you can have a meal even when there is no game, you can spend a moment while watching the stadium. 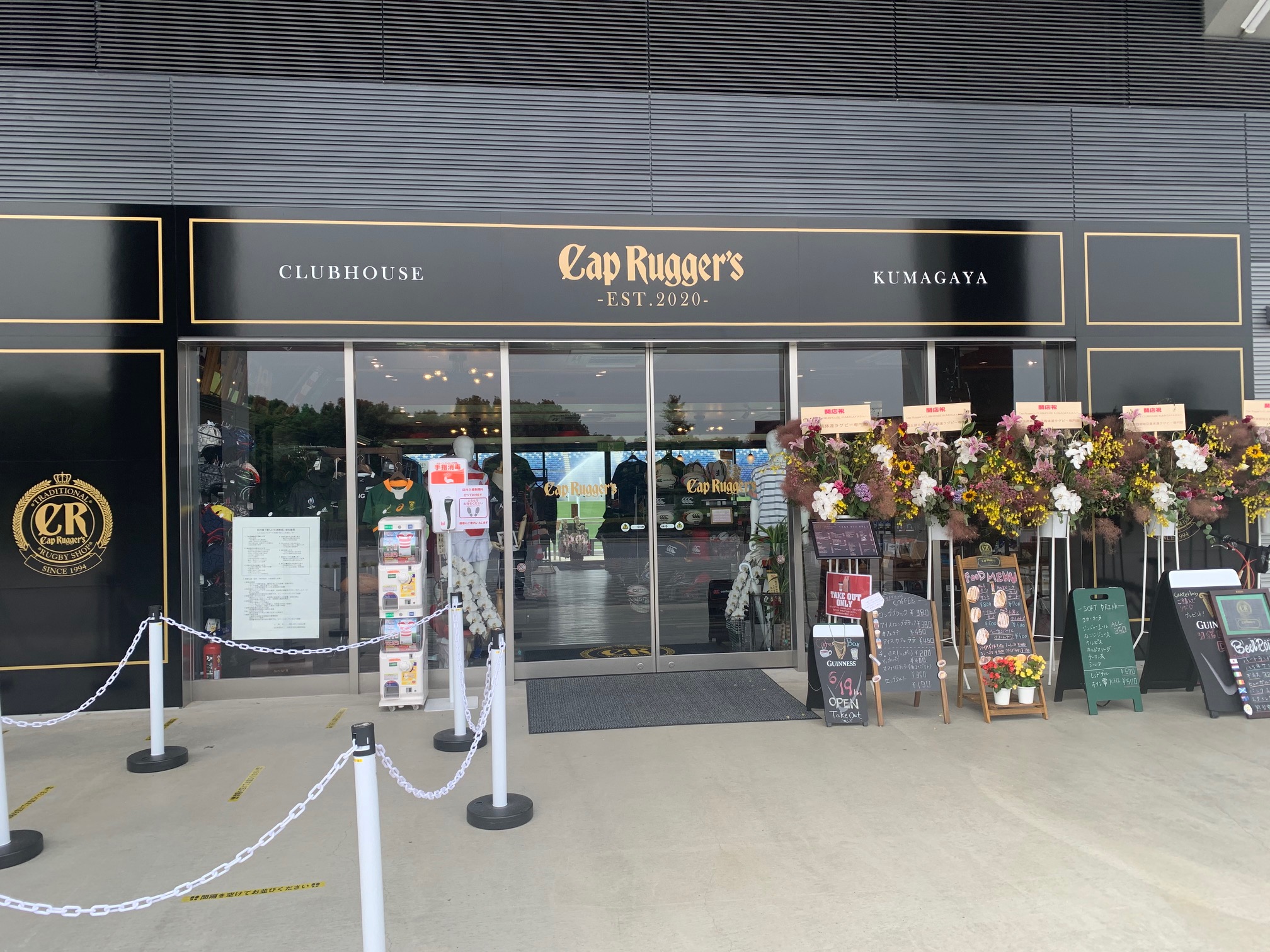 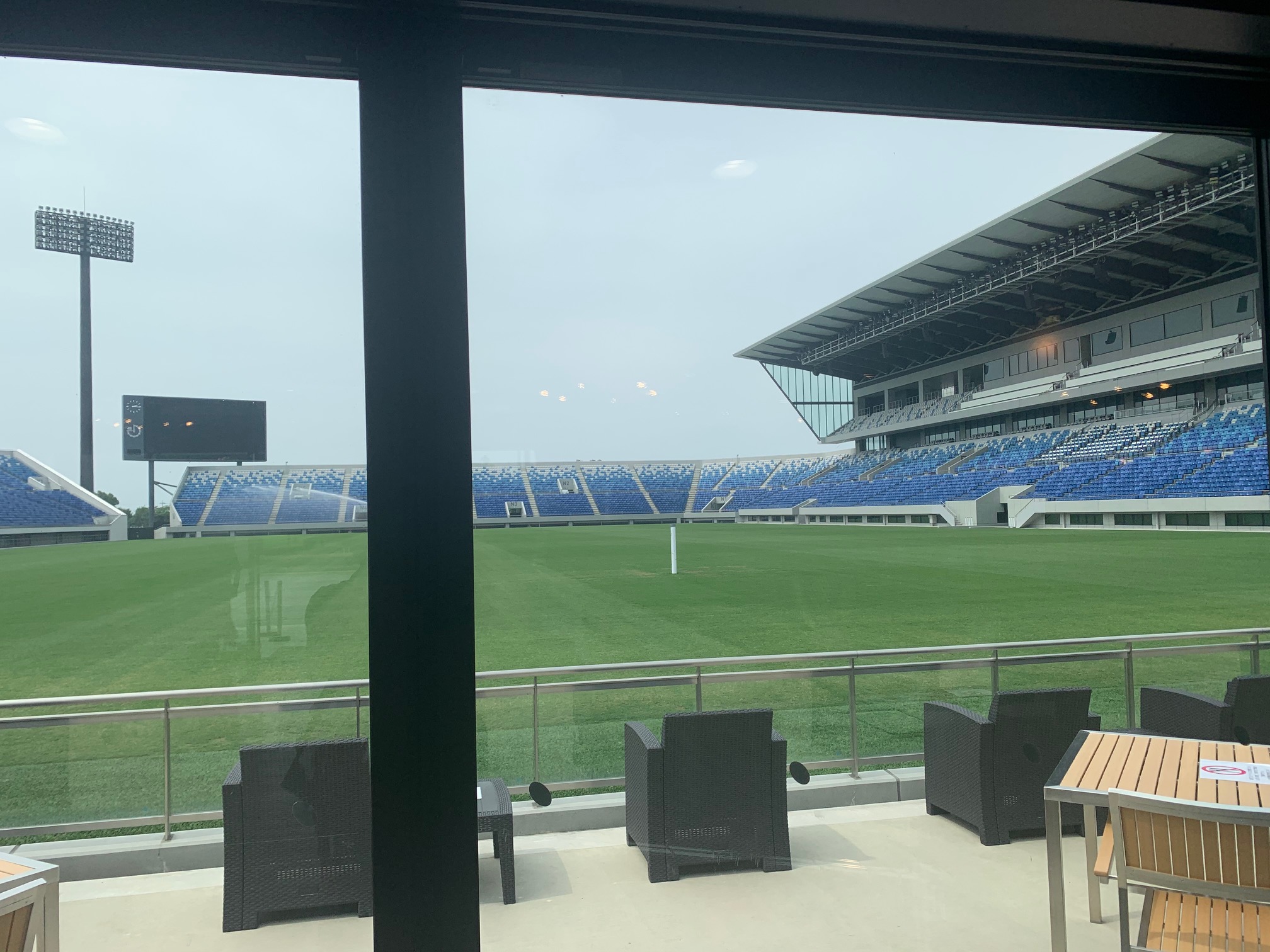 Kumagaya Sports Culture Park, where Kumagaya Rugby is held, is the largest park in the northern part of Saitama Prefecture, with a rugby field, several rugby grounds, the Kumagaya Dome, an athletic field, and other facilities.
Therefore, it is quite a distance just to move around the park, so it is not necessarily close because it is in the park, but there is a restaurant called Kumadon in the Sports Culture Park.
However, there is also a restaurant called Kumadon in the Sports Culture Park, where you can eat udon noodles, etc. If you don't mind walking, you should try it. From the rugby field, head towards the dome side, and it will take about 10 to 15 minutes. 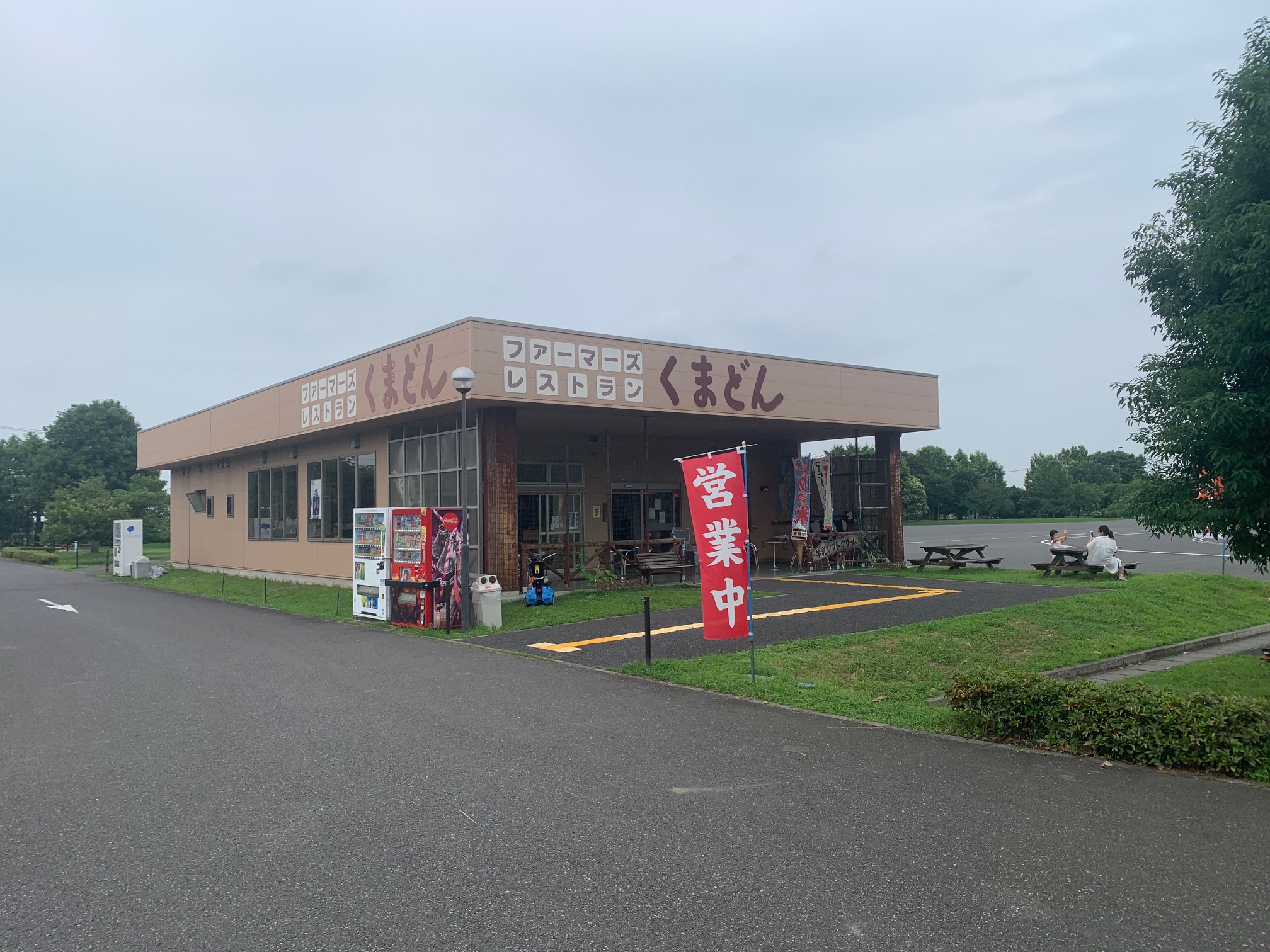