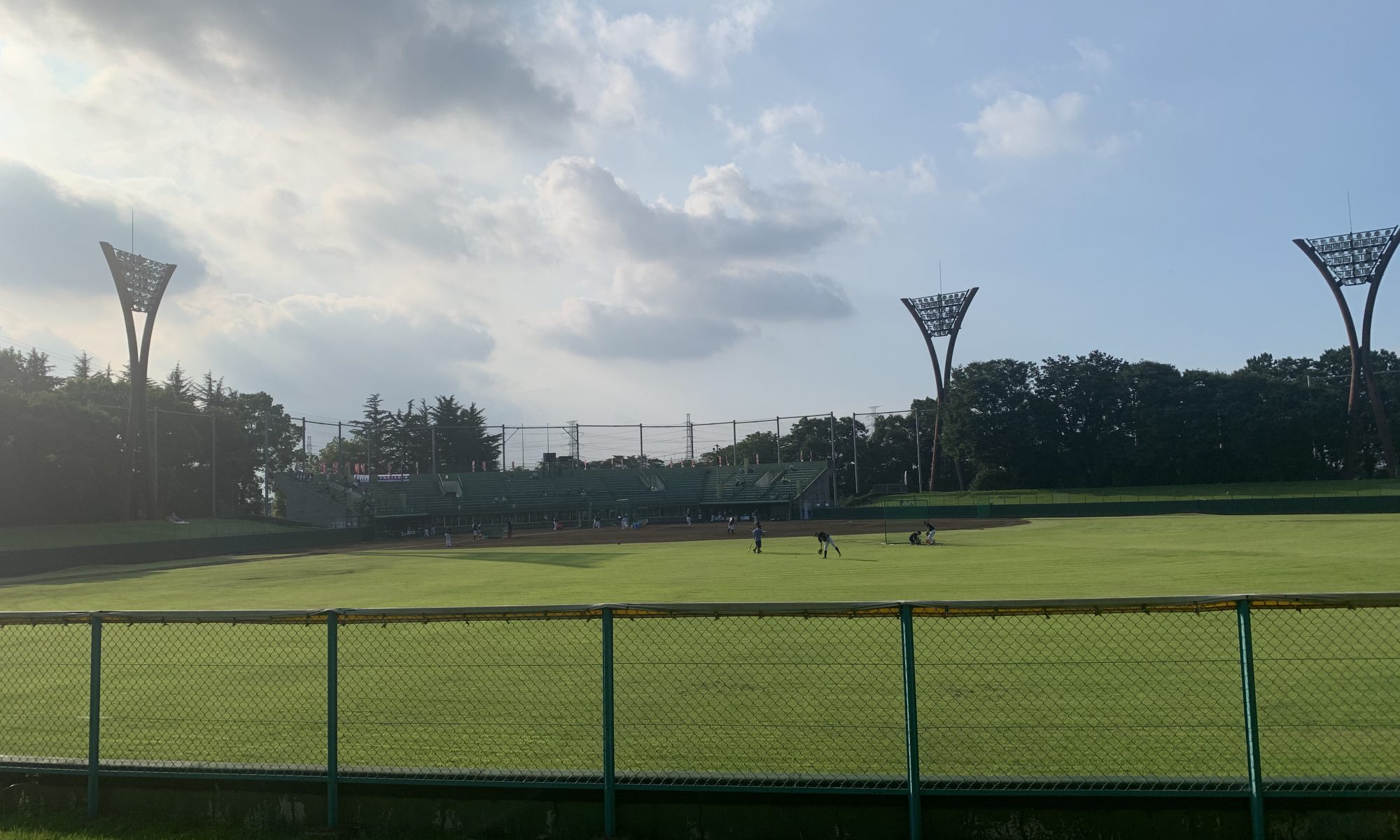 There are buses from Kumagaya Station and Kagohara Station, but they are few in number, so access by car is the basic way to get to the stadium.

For games hosted by the Musashi Heat Bears, you can park for free in the park's parking lot.

Only the back of the infield back net has seats, the rest is lawn seating.
The seating capacity is over 20,000, but more than 20,000 people will be seated in this grass area.

There are seats only behind the back nets in the infield, the rest are unreserved seats on the grass.
The capacity is over 20,000 people, but more than 20,000 will be in this grass area.

The area behind the home plate 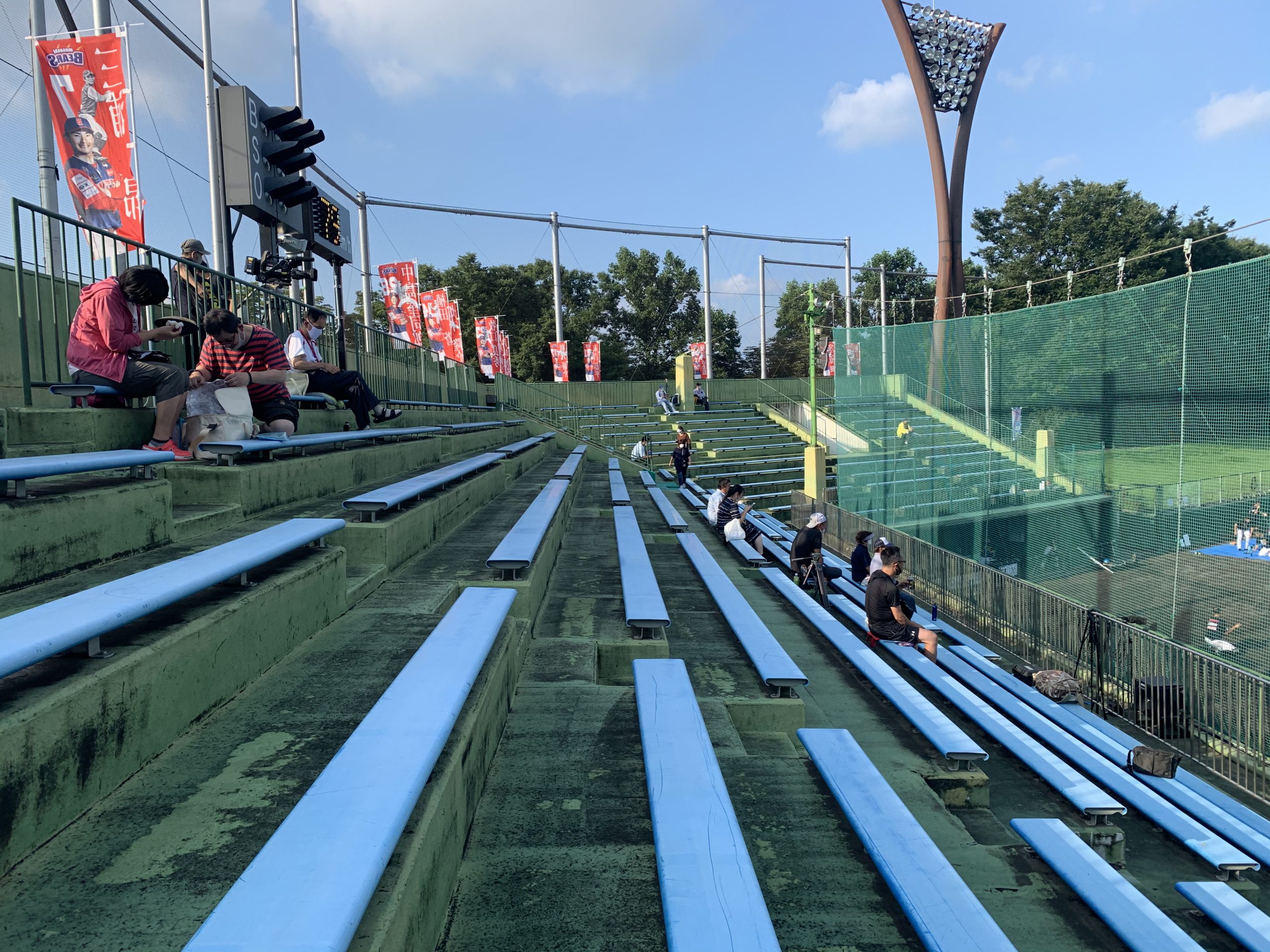 Lawn seating in the infield

You might want to bring a rug or something.
There are mosquitoes in the summer, so please bring insect repellent. 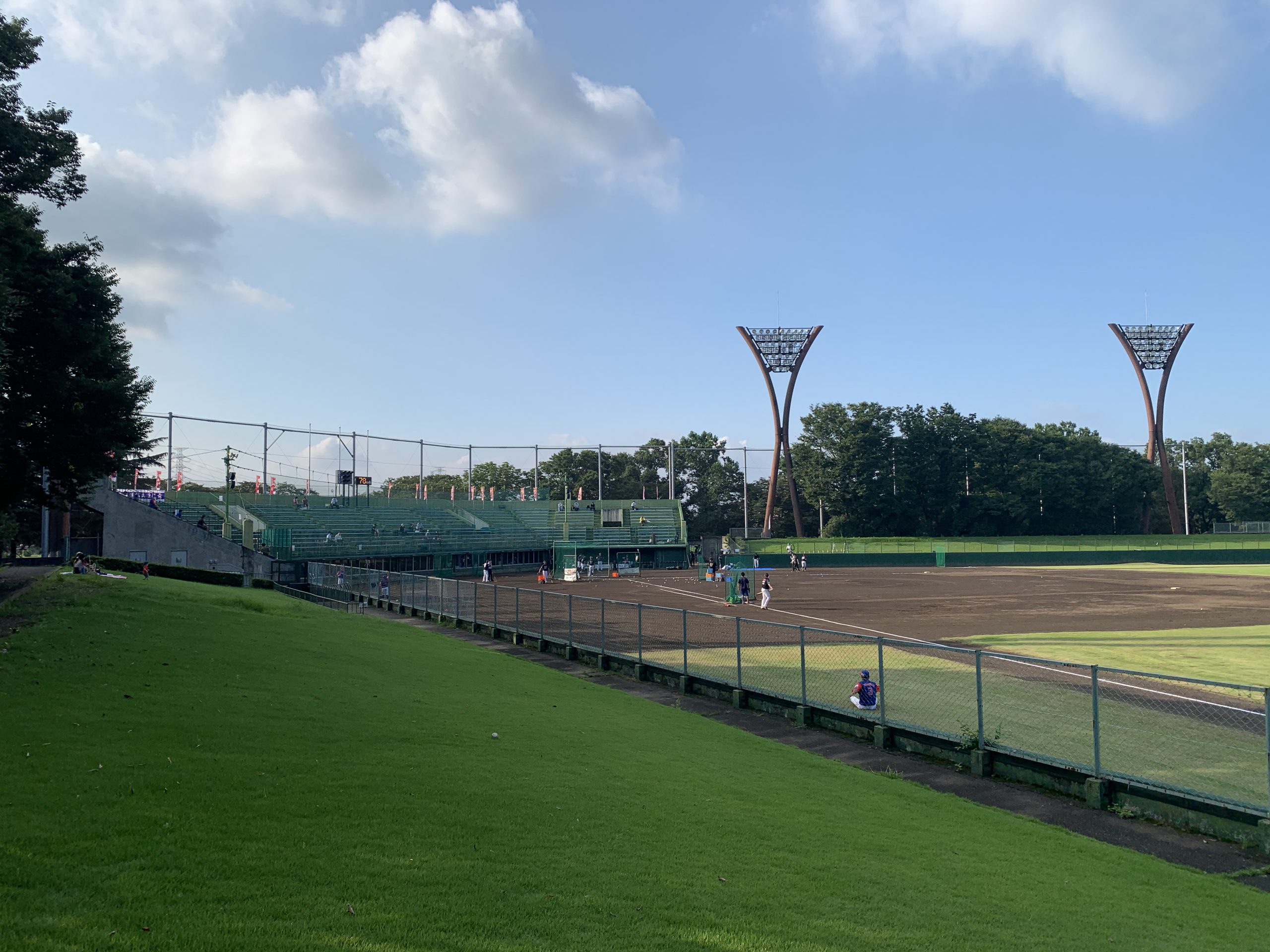 The outfield zone is imagined as entering from the entrance of the infield grass zone and walking directly to the outfield.
You can walk around the entire stadium except for the seating area behind the back net. 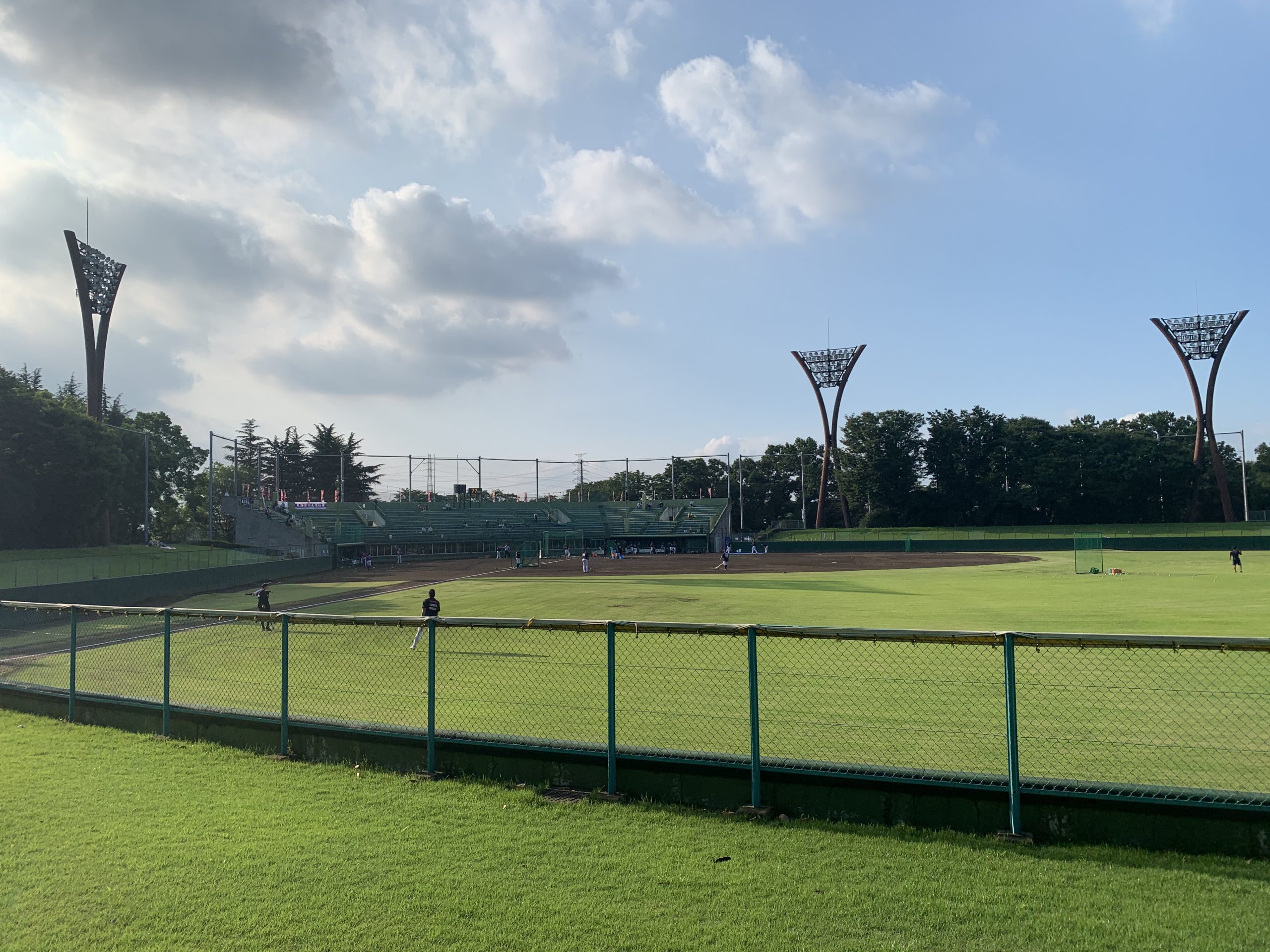 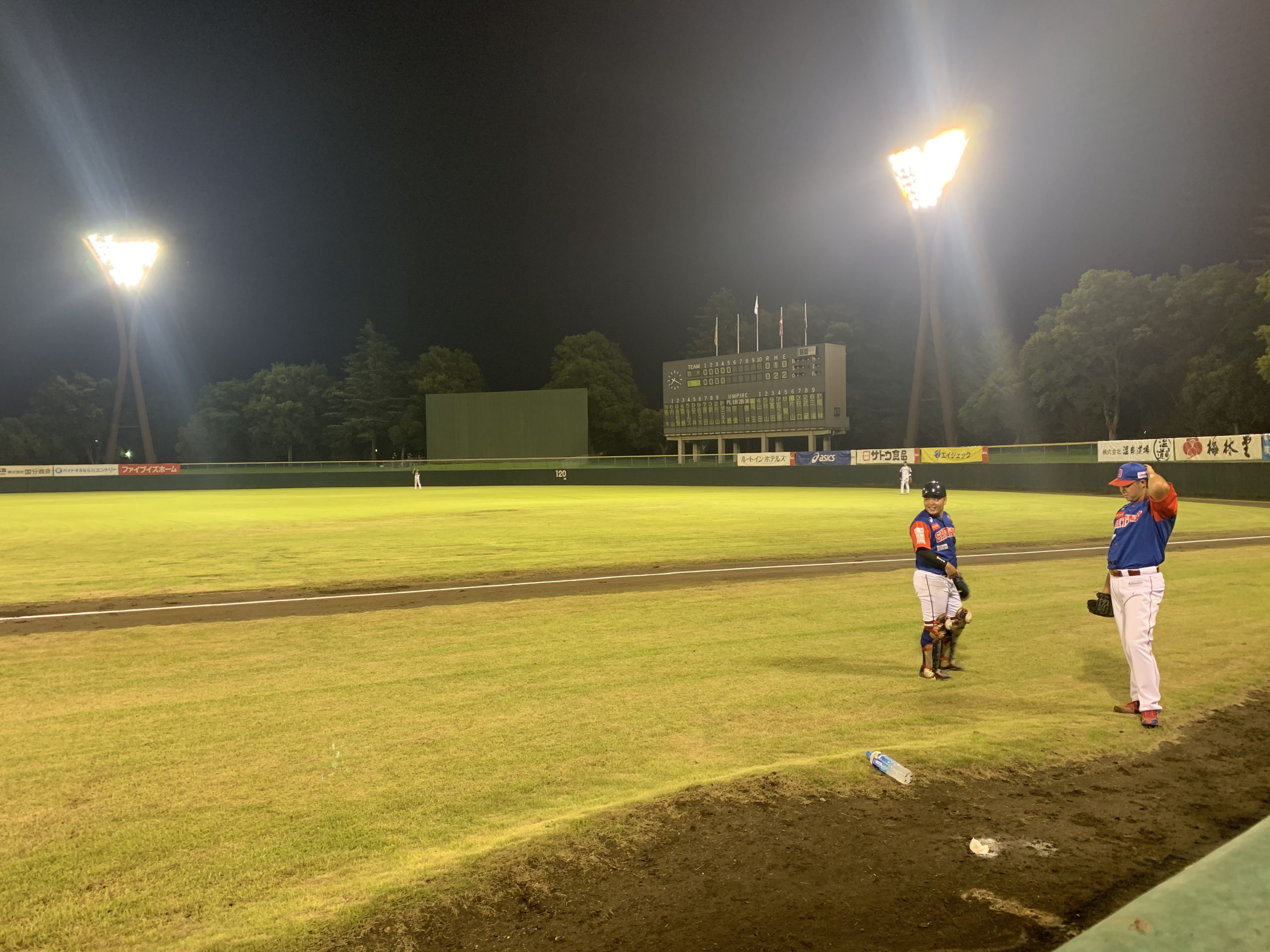 During Eastern League games, practice is held on the field near the ballpark, so there is a chance to get autographs. 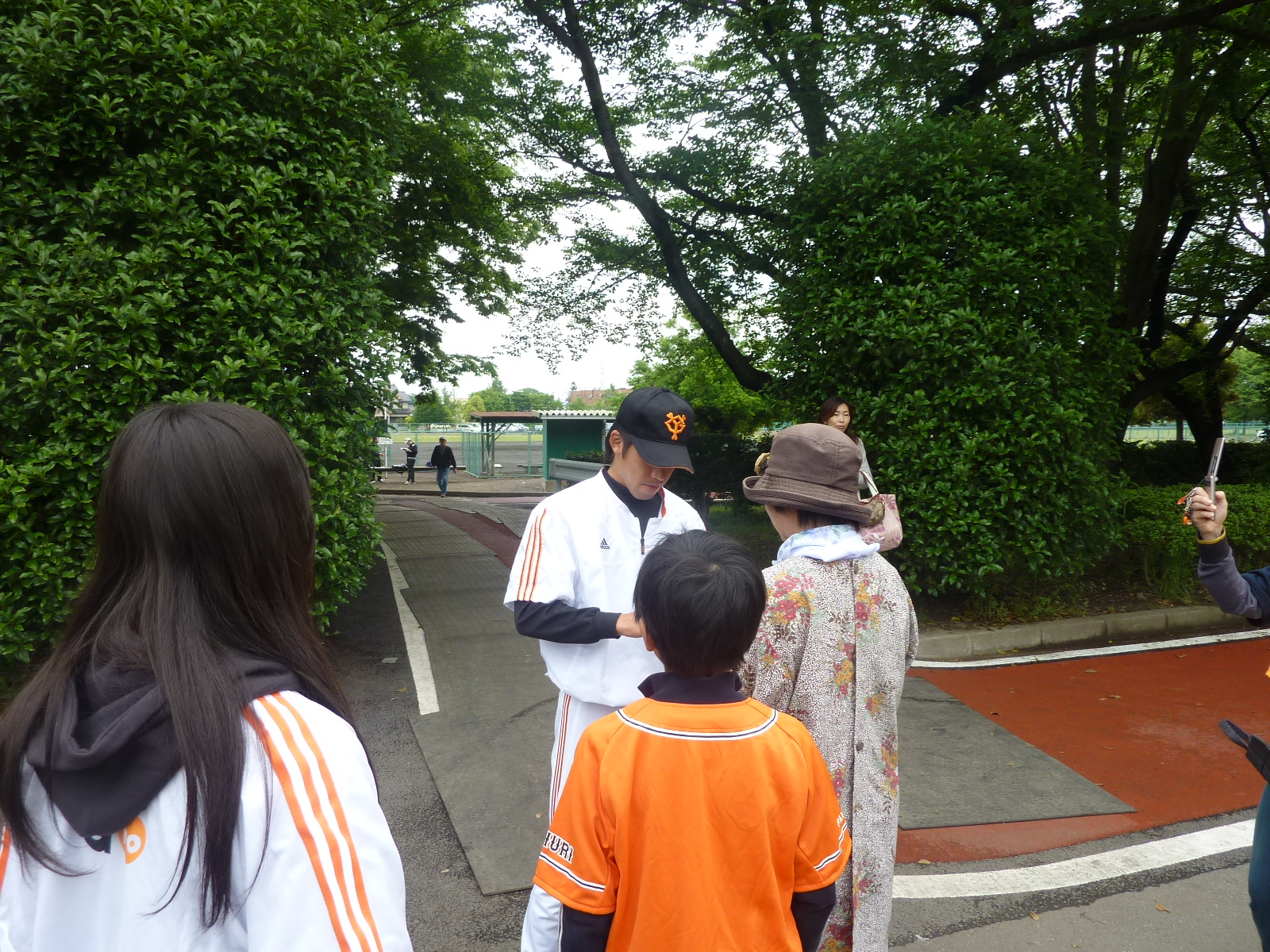 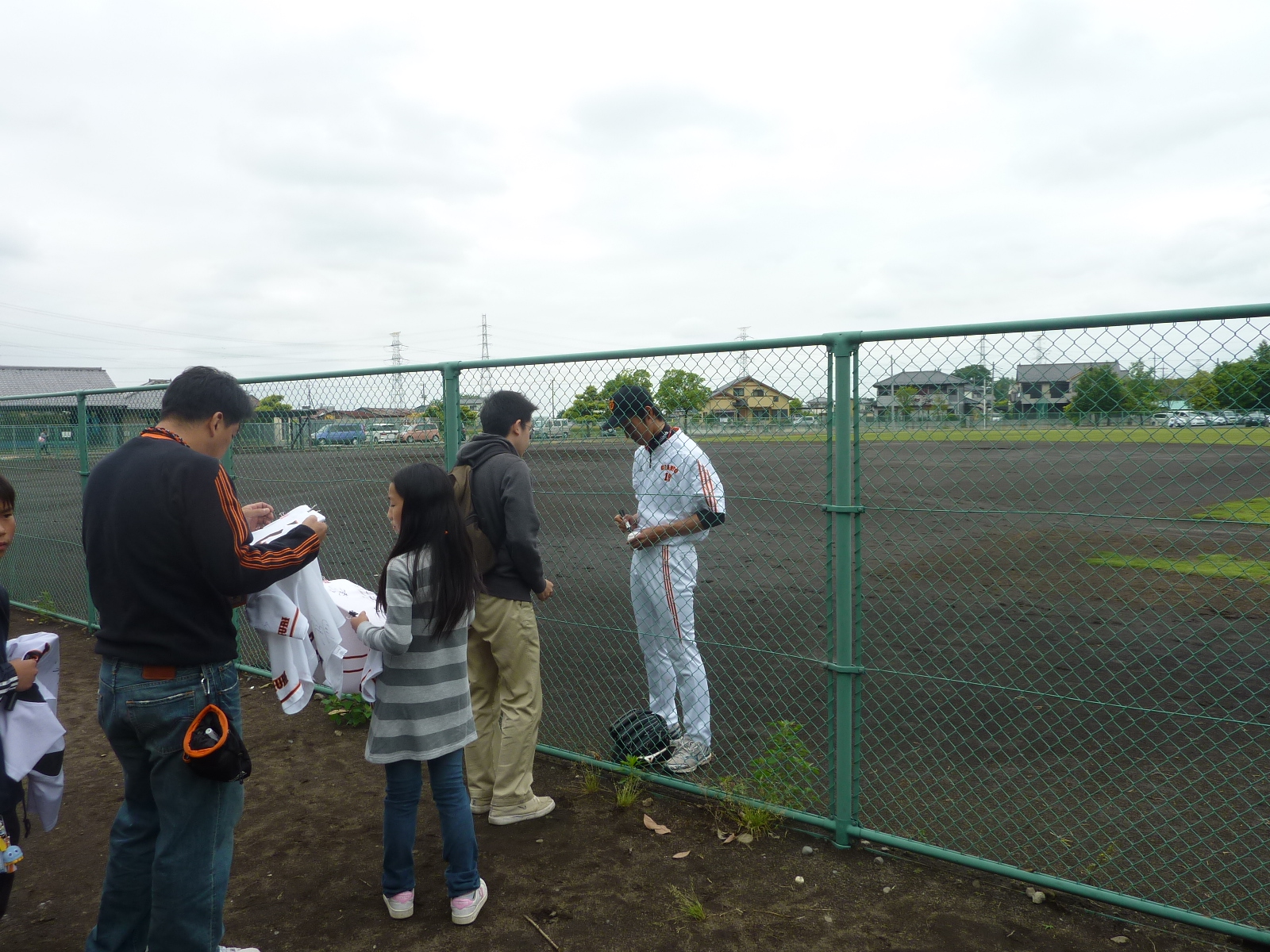