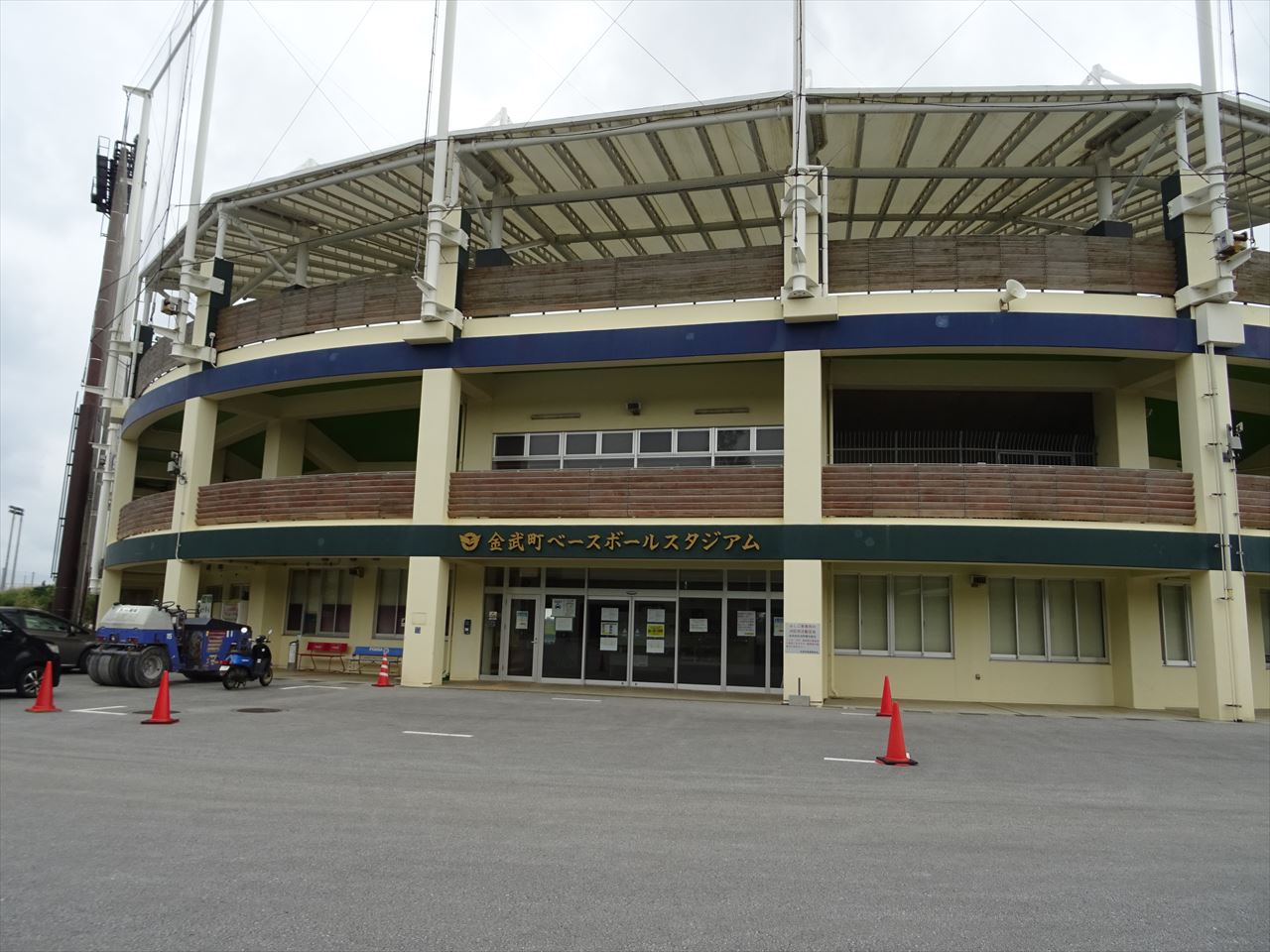 Kincho Baseball Stadium is a baseball stadium located in Kin Cho.
This is where the Tohoku Rakuten Golden Eagles hold their camp.

The location of the Kincho Baseball Stadium is about 60 kilometers from the Naha Airport area, which is about an hour to an hour and a half drive away.
Around the stadium is a parking lot, but I didn't think there were enough to accommodate many fans during the camp, so please check the team's website each season for parking information.

The back of the protective net of Kincho Baseball Stadium is covered by a roof.

The seats behind the protective net will be one seat with a backrest, and each seat will be independent.
If you go to the outfield, you will have an "orange" bench seat. 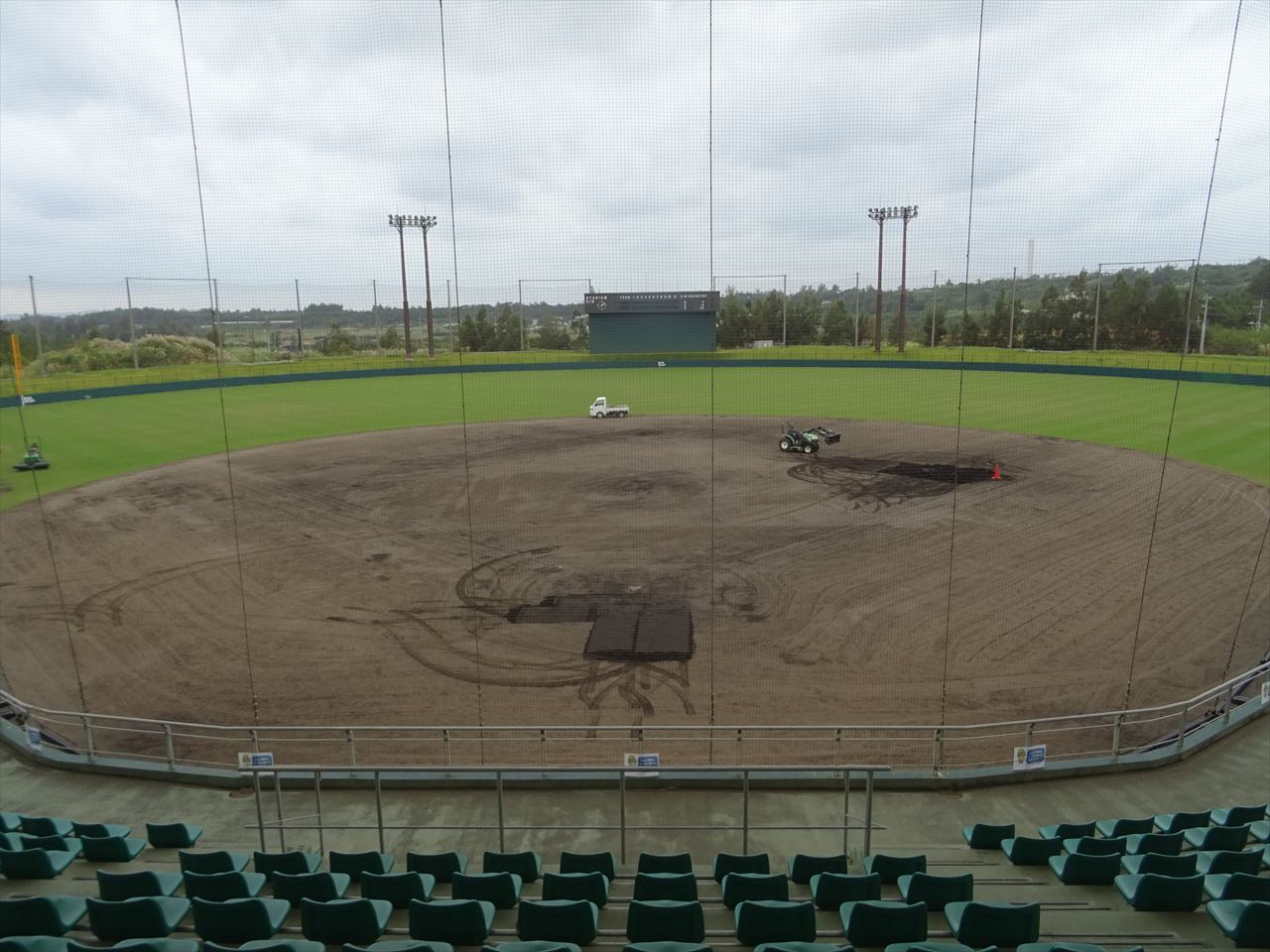 It will be visible from the seats behind home plate. 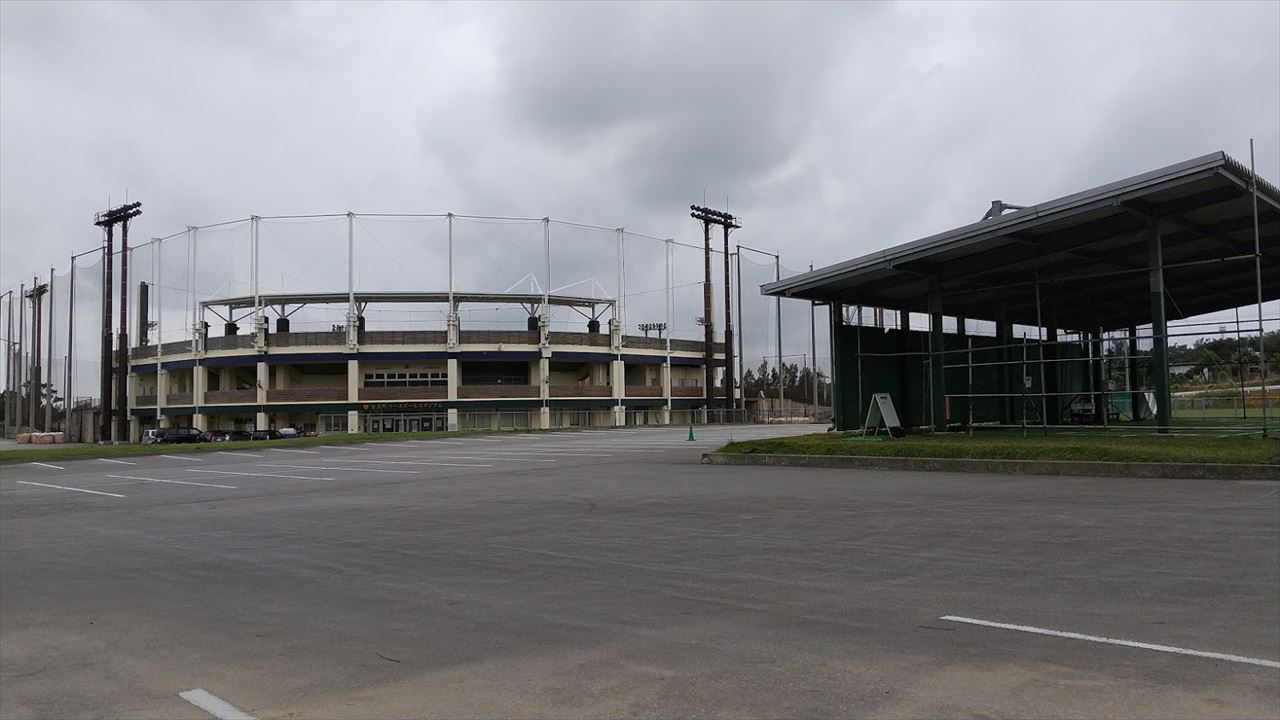 The location of the ballpark and bullpen area.