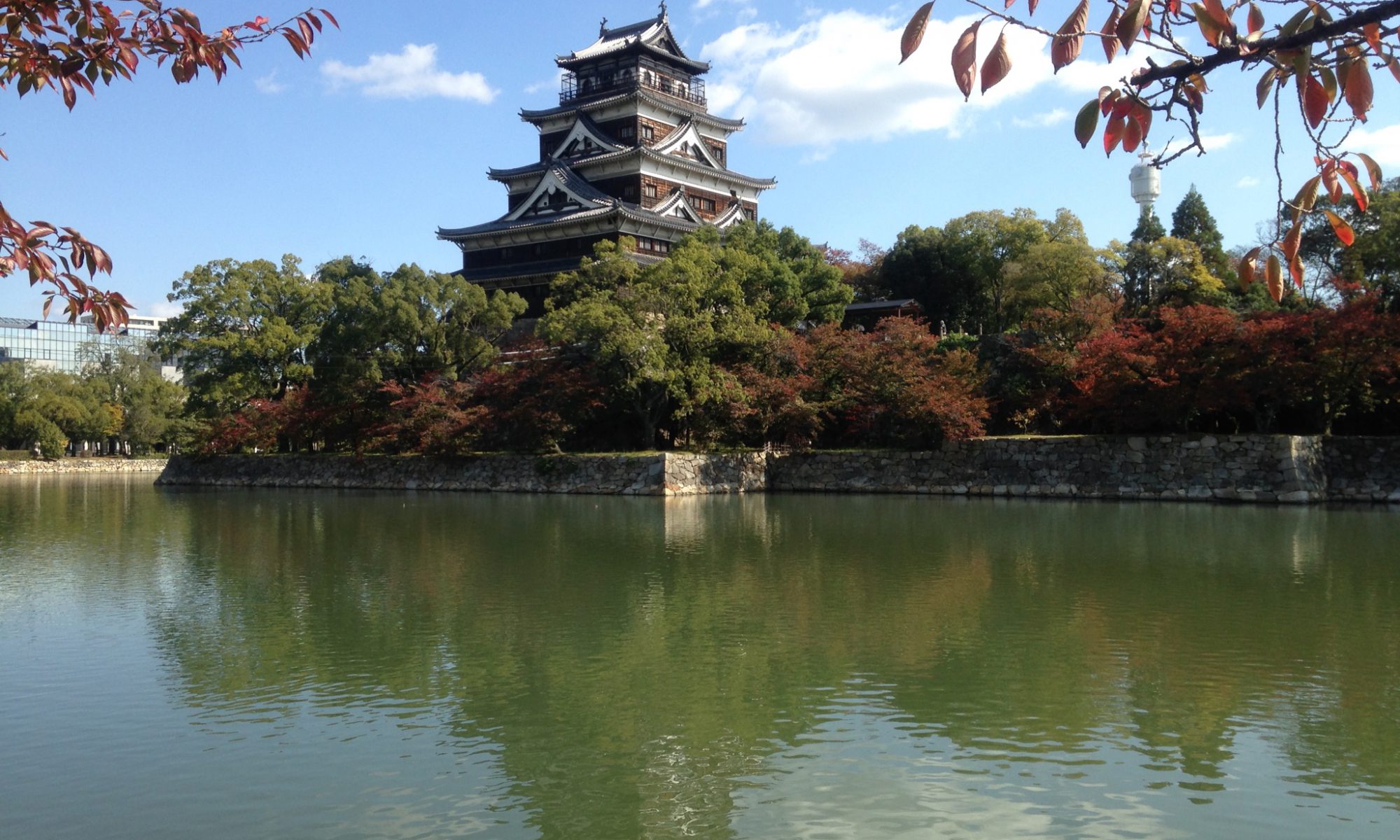 Hiroshima Prefecture is the center of the Chugoku region. Hiroshima City, the largest city in the prefecture, has a population of about 1.19 million, making it the 10th most populous city in Japan outside of Tokyo.
Hiroshima has hosted a number of international sporting events, including the AFC Asian Cup in 1992, the Asian Games in 1994, and the Basketball World Championships in 2006. 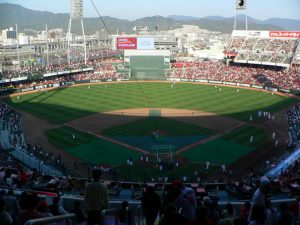 The Hiroshima Toyo Carp is a member of the Central League of the NPB and is based at the MAZDA Zoom-Zoom Stadium Hiroshima.
The Hiroshima Carp was founded in 1950 as a symbol of reconstruction in the A-bombed city of Hiroshima. Soon after its founding, the team ran into financial difficulties and was a burden in the Central League, although it survived on a "slack fund". In 1975, 26 years after its founding, the Hiroshima Carp, which had always been in the B class, achieved its long-held dream of winning its first championship with the "Red Helmet" whirlwind. In 2016, they won the league championship for the first time in 25 years. The number 8 for Koji Yamamoto, the "Mr. Red Hell" who contributed to the team's first league championship, the number 3 for Yoshio Kinugasa, the "Iron Man," and the number 15 for Hiroki Kuroda, the "Manly Spirit," are retired  number. 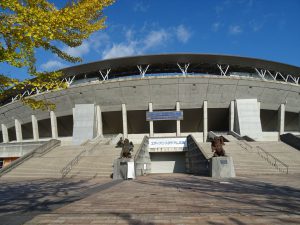 Sanfrecce Hiroshima is a J-League team based at the Edion Stadium in Hiroshima, Japan. In 2012, the team won the league championship for the first time in its history with club veteran Hajime Moriho as manager. The club has since gone on to become a powerhouse, winning two consecutive titles in 2013.
The average attendance for the 17 home matches held by the J-League in the 2019 season was 13,886. 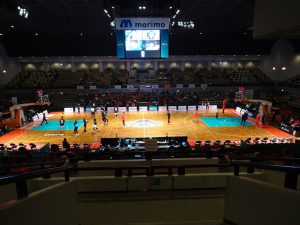 The Hiroshima Dragonflies are a B-League team based at the Hiroshima Sun Plaza Hall. The team is based in Hiroshima Sunplaza Hall, and the team name "Dragonflies" is the English name of a dragonfly that only moves forward. In the 2019-2020 season, the team was cut short due to the coronavirus, but finished second in the B1 promotion zone. 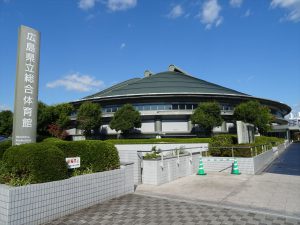 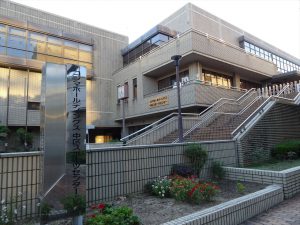 The Izumi Maple Reds is a team that belongs to the Japan Handball League. The team's name is a combination of "Maple," the prefectural tree of Hiroshima Prefecture, and "Reds," the Japanese word for autumn leaves. From 1998-1999 to 2004-2005, the Izumi Maple Reds won the league championship for seven consecutive years, which is the record for the most consecutive championships in the league, making them one of the strongest teams in the league.

Hiroshima Prefecture is blessed with a mild climate throughout the year.
From around May to October is the typhoon season, so be careful to check the weather forecast. In addition, there are times of "calm" when there is no wind in the coastal areas of Hiroshima, and the summer months are particularly hot and humid.
As you prepare for your trip, keep the climate of Hiroshima Prefecture in mind.
According to the website of the Japan Meteorological Agency, the data from 1981 to 2010 is as follows.

The "August 2014 Torrential Rain" that hit Hiroshima in August 2014 caused extensive damage. It also caused a lot of human casualties due to landslides and damage to buildings. As it coincided with the Obon vacations, many tourist events were cancelled or postponed one after another. If you are planning to travel during the typhoon season, you need to be careful because of the impact on transportation systems such as the Shinkansen and conventional trains.